All change for safety improvement

France will soon change its railway system. The infrastructure manager, RFF (Réseau Ferré de France) which was separated from the operations manager, SNCF, in 1997, will be integrated in the same national railway company, compliant with European rules. Infrastructure, rolling stock and the operational management of the French railway network needs a high level of coordination. One of the biggest challenges is the implementation of network modernisation and in the improvement of safety management for the 30,000km-long French railway network. 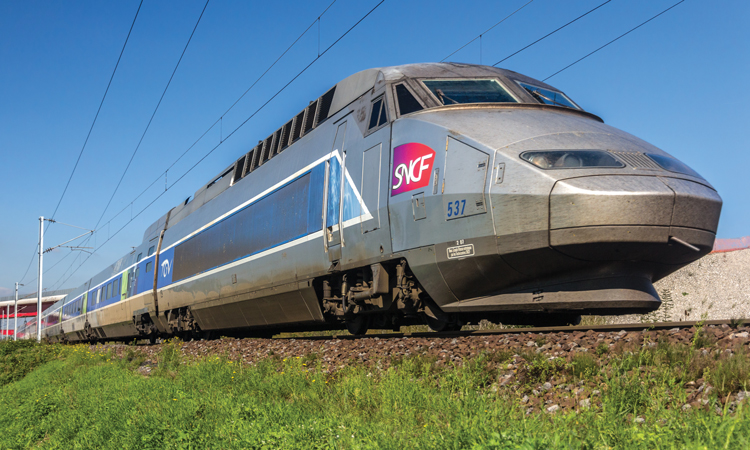 The current situation of the railway

Maintenance of the French railway network and the investments which allow the modernisation of the network to be carried out are managed according to two very different processes.

Investment projects follow different study stages, a phase of construction which requires continuous controlling of the processes by guaranteeing the safety of the railway system.

For this reason, it is clear that the investments are entrusted by SNCF staff to ensure project tasks, and to simultaneously ensure a high level of maintenance is upheld.

Safety is vital for the rail network

Safety remains the biggest topic for all railway networks the world over. But changing the rules and the roles of how the system operates, how it is maintained and establishing modernisation programmes will be the most challenging aspects that the French railway system will face over the coming years.

The SNCF Infrastructure manager has been the infrastructure delegate manager for the past 15 years. This means that the system will not be completely overawed, but will keep certain continuity within the network management. Nevertheless the responsibilities of each actor will be studied and the relationship between the actors simplified.

The safety management contains two principle issues: the safety of people and the safety of operations on the network during on-going work.

These two principles are taken into account in the safety management of every project, with the target to guarantee the safety of railway operations throughout all realisation of the work. This serves not only to optimise the possession costs, but also to ensure safety remains the chief concern of all the people involved in the projects and operations.

Working closely together in a comprehensive frame of rules where each manager, railway employee and contractor employee knows their exact responsibilities and what they have to do, should allow us to achieve the target of zero accidents.

The actors: the purpose, who and what

The delegated project management and the assistance to project owner assignments are awarded by RFF, which, in the future, will be integrated into one body. The main areas of influence could be defined in the scope of responsibilities as:

And the most important issue: integrating the specific characteristics of a network in operation during all stages of project implementation, from design to work implementation or network upgrading programmes.

Also integrated in the Project System and Engineering division are the safety and protection services – with an approximate turnover of €600 million, including:

The evolution of the announced new organisation will not have a major impact on the maintenance of the railway network.

On the other hand, a double challenge exists concerning investment projects for the modernisation of the network and its process changes due to the merging of RFF and SNCF Infra.

The first challenge is to absorb a volume of investment in continuous strong increase, which implies to find methods based on innovation and make it possible to complete the works while maintaining the same level of network operation capacity within a high level of safety.

The second challenge is to accompany and upgrade the skills of all the actors involved in the supervision of works and projects. What is relevant here is to take on staff in order to achieve the human resources targets necessary to realise all these projects and investments. This will allow the railway system to be upgraded safely.

This second challenge forces us to clearly specify the processes which make it possible to guarantee the skills of the external resources, specifically:

The project organisation covering the entire network includes safety management on each level and begins in the early stages of the design (feasibility studies for example). There will be a crossover between two different safety management systems during 2014. The issue to be managed is to achieve all the changes in quality and safety. The important investments need to implement new teams and organise the project management in partnership with others (industry, engineering companies, and contractors).

Today, we are in the middle of this huge challenge but, by the end of 2014 the organisation will be in place which will bring more passenger services, increased comfort and improved safety, and therefore keep those targets which are vital for all those involved in the railway industry.

Special attention will be given during 2014 to merge from one railway system to the other. Then the great adventure will really begin: modernisation of the French network, upgrading the level of quality, the implementation of ETCS Level 2 on all main lines, etc.; but that will be another story.

Christian Schang works in the Project System Engineering Division as Project Director. He is also Professor at the ENPC engineer school (école national des ponts et chaussées) from where he graduated. He began his career at SNCF in the Engineering Division and was Project Director of many high-speed line civil works projects. After nine years at SYSTRA as Delegate Engineering Vice President and Director of the main railway projets, he is now in charge of the railway network modernisation project at SNCF Infra.

Patrick Jouenne is a Safety Expert at SNCF Infra. He began his career as a manager for investment projects then leader of the maintenance and investment unit. After a few years he attained modules of safety training in project management under operation, and he joined the safety unit of Project System Engineering in the early hours of its birth.