Elisabeth Werner, Director for Land Transport (Rail and Road) at the European Commission’s DG for Mobility and Transport, writes that the industry must act now to utilise rail to tackle congestion, pollution and to ensure efficient, affordable, resilient and competitive mobility in the future…

EU regulation has shaped the railway sector over the past 20 years. The rail freight market was opened up to competition in 2007, and the international passenger market followed three years later. The opening up of the domestic traffic to competition will now be completed. However, the European Commission’s most recent Rail Market Monitoring report shows that despite many achievements, there remains more to do for rail to prosper in Europe.

The outlook is bright for passengers. EU rail passenger traffic continued to grow on average 1.7 per cent per year between 2011 and 2016, and now transports approximately nine billion passengers each year. High-speed services linking main cities and hubs have become very popular, competing with aviation on medium distances. In densely-populated urban areas, rail is unique in its capacity to alleviate congestion and provide mobility to the masses. We know from a 2018 Eurobarometer survey that Europeans’ satisfaction with nearly all aspects of rail services has improved since a similar survey was conducted five years ago.

In contrast, rail freight is struggling to recover from the significant drop in volumes experienced in 2009, the lowest point of the economic crisis. Rail is also lagging behind cars and lorries for freight. In 2016, rail was only responsible for around 17 percent of freight transported on land.

Clean, safe and connected mobility can make a key contribution to creating a climate-neutral Europe by 2050. In its recent communication, ‘A Clean Planet For All’, the European Commission clearly stated: “Railway remains the most energy efficient solution for carrying freight over medium to long distances. Therefore, rail freight should become more competitive compared to road transport by eliminating operational and technical barriers between national networks and by fostering innovation and efficiency across the board.”

Rail must be a central element in the digital multimodal integration that transforms the way we move. We need to organise the entire mobility system more efficiently, exploiting data-sharing and interoperable standards, and putting customers at the centre. Passengers need reliable information about connections, capacity and prices. Freight customers need end-to-end tracking and tracing, technologies, smart contractual frameworks, as well as new technologies for terminals and transhipment.

In the EU, having more than 11,000 national rules was an incredible obstacle, but we are reducing them to a few hundred and deploying an interoperable signalling system to increase safety, drive costs down and capacity up.

The transition towards net-zero emissions in 2050 also requires certain infrastructure, i.e. the completion of the Trans-European core network (TEN-T). Future investments must: Promote synergies between transport, digital and electricity networks to enable innovations such as vehicle-to-grid services; focus on the least polluting modes; and include smart features such as the European Railway Traffic Management System (ERTMS) upfront.

Rail is already safe and green, but it also has spare capacity. We must now use rail better to tackle congestion, global and local pollution, and to ensure efficient, affordable, resilient and competitive mobility.

Elisabeth Werner holds an Economics degree from the University of Vienna and an MA in European Affairs from Collège d’Europe. She joined the European Commission in 1996 and has held various posts in budget, budget control and transport and mobility. At the start of the Juncker Commission, Elisabeth joined the cabinet of Vice-President Kristalina Georgieva, in charge of Budget and Human resources, first as Senior Expert and as Head of Cabinet until the end of 2016. Elisabeth returned to DG Mobility and Transport in 2017 and was appointed Director for Land Transport (Rail and Road). 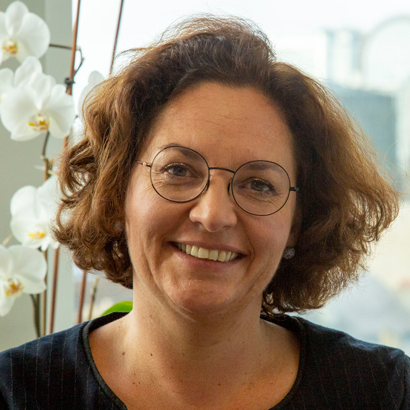