Today, 75 per cent of all freight transport in Europe is carried by road. This high dependency on trucking directly translates into a yearly emission of 275 million tonnes of CO2 into our atmosphere. It also constitutes 30 per cent of all transport emissions (freight and passenger transport combined). Here, Geert Pauwels, CEO of Lineas, calls for a consorted effort for a freight modal shift to rail.

This in itself is problematic when we look at the stringent goals of the Paris Agreement for the transport sector. Even more so when we consider that freight transport is expected to grow by another 30 per cent by 2030. That is roughly the size of the entire German freight transport market or one million trucks added onto European roads in the coming decade. The net effect would be another 80 million tonnes of CO2 emissions per year.

If we are not all to come to a collective standstill by 2030, road capacity would have to be drastically increased, which would require huge investments. Not to mention the nefarious impact on our health caused by the increase in air pollution. Estimations say that we can expect an additional 10,000 premature deaths caused by air pollution and road accidents per year by 2030.

This is simply not a sustainable transport model, but rather a hazard to European society.

Some ask if there is a future for rail freight. But the real question should be: Is there a future without rail freight?

As rail freight companies, we have been silent for too long. It is time for us to step up and get recognised as the socio-economic better alternative for Europe. If Europe is to thrive and heed the call for a consorted effort to keep global warming under two degrees Celsius, the positive contribution of rail freight cannot be neglected.

At the December 2018 climate conference in Katowice, we launched the Rail Freight Forward coalition, outlining our clear ambition to contribute to the realisation of the Paris Climate Agreement. Committing to increasing the modal share of rail freight from currently 18 per cent to 30 per cent by 2030 and thereby doubling our volumes, we aim to largely absorb the expected growth in freight transport and minimise its additional climate impact. 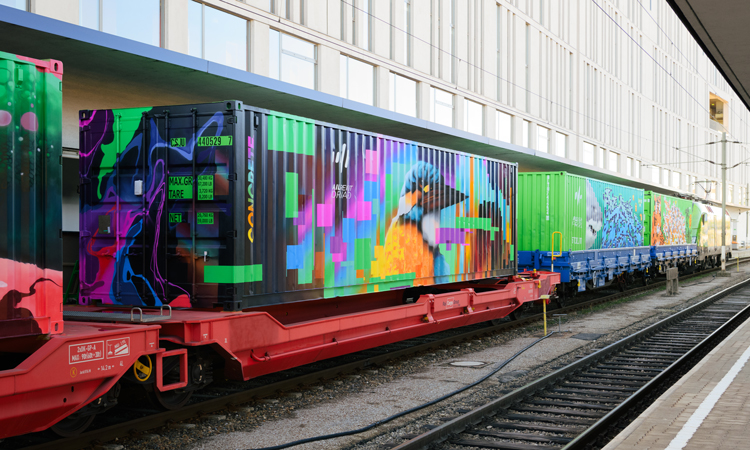 The world’s longest mobile street artwork: As Noah’s Train travels through Vienna, Berlin, Paris and Brussels, inspired by the oldest tale of environmental activism, the train symbolises how rail freight can help save the day

The 30 per cent target is ambitious but we are determined to make it happen. To achieve this goal, we, as rail freight companies, will intensify our efforts to bring superior innovative products to the market that convince customers to shift from road to rail.

Our efforts focus on further driving efficiency and standardisation, improving cost-effectiveness and accelerating technological innovation. We will intensify our work on quality, flexibility and ease of use, and offer integrated multimodal solutions. We will also drive further automation and smart sensoring combined with user-friendly interfaces.

Also, at infrastructure level, measures must be taken to deliver a superior service to customers. Because the market has set the standard: Operating a train through Europe should be made as easy as driving a truck. Therefore, we call on infrastructure managers to ask for a clear mandate to deploy a network that is as easy to use as European roads.

This can be achieved by offering a standardised, highly available and high-capacity infrastructure for freight without bottlenecks. Infrastructure should provide access to the entire European rail network, ensuring easy, reliable and fast planning of train paths, running easy train operations with real-time ETA and dynamic traffic management in case of congestion.

We also call on authorities to create a fair and level playing field where different transport modes can compete on equal terms.

This can be achieved by ensuring a higher level of internalisation of external costs through road charges or carbon taxation, which in turn can be used to stimulate the use of transport modes with the lowest external cost. Furthermore, reducing the Track Access Charges and stimulating and maintaining best last-mile infrastructure would go a long way in making rail more competitive in today’s transport market.

Countries taking measures to provide a clear regulatory framework and fair competition have clearly shown a positive trend in modal share of rail, for example Austria with 32 per cent and Switzerland with 37 per cent.

Noah’s Train: Because this time rail freight will save the day 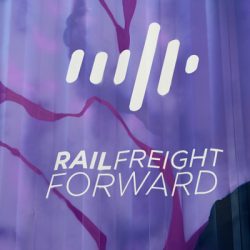 At the December 2018 climate conference in Katowice, the Rail Freight Forward coalition was launched, outlining a clear ambition to contribute to the realisation of the Paris Climate Agreement

Our ambition is clear, and our commitment is strong. We call upon all rail partners and stakeholders to fully embrace the shared responsibility in promoting a more climate-friendly transport sector. Each link in the chain should adopt a modal shift mindset to make rail freight a competitive and viable alternative to road transport.

To mark our climate commitment and rally our partners and key stakeholders around the flag of modal shift, the Rail Freight Forward coalition officially launched Noah’s Train at the climate conference in Katowice. As it travels through Vienna, Berlin, Paris and Brussels, it is gradually being transformed into the world’s longest mobile street artwork by prominent local artists. Inspired by the oldest tale of environmental activism, the train symbolises how this time rail freight can help save the day.

Geert Pauwels has been CEO of Lineas since 2011. Prior to this, Geert held positions at the Belgian Federal Government, Belgocontrol, Mc Kinsey and Inter Ferry Boats. He holds a Master’s degree in Applied Economics from The University of Antwerp and a Master’s degree in International Business from The Grenoble School of Management. 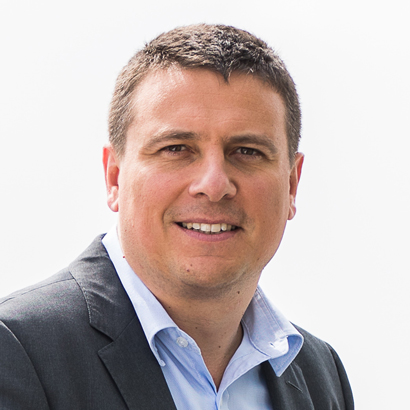