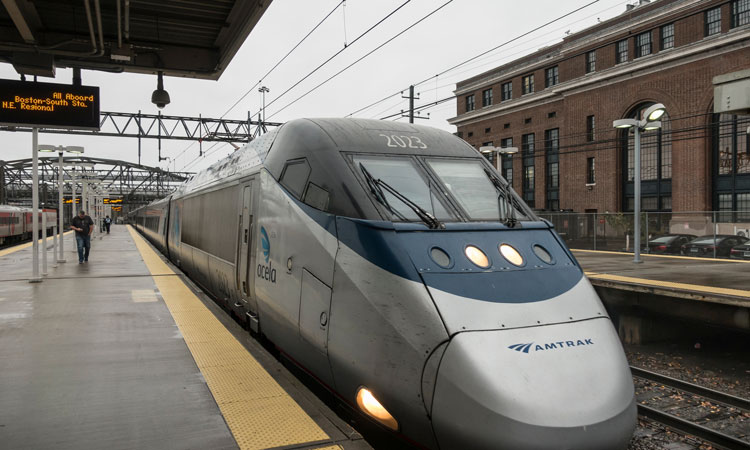 Funding is provided through the FRA’s Restoration and Enhancement (R&E) Grants Program to initiate, restore, or enhance intercity passenger rail service around the U.S. All three grants will be awarded to projects located in ‘Opportunity Zones’.

U.S. Transportation Secretary, Elaine L. Chao, said: “This $22 million is another example of the President’s continued investment in infrastructure to help connect communities as our economy recovers.”

The Fiscal Year 2018-2020 Restoration and Enhancement Grants Program awards are as follows:

The project provides two additional weekday trains between New Haven, Connecticut, and Springfield, Massachusetts, on the CTrail service, which began operations in June 2018. It also includes adding a customer service representative in Hartford Union Station to enhance and ease passengers’ experiences with ticket vending machines and access to and from the platform. These additional frequencies to a well-served existing corridor will provide an early northbound early-morning departure from New Haven and a mid-morning departure from Springfield and allow for more connections with Metro-North and Amtrak trains. Currently there is a one hour and 44-minute gap between the morning trains departing from Springfield and a one hour and 40-minute gap between morning New Haven departures. CTrail, which is operated by TransitAmerica Services, currently runs eight weekday trains between New Haven and Hartford with three trains continuing to Springfield (Amtrak operates an additional weekday train through this corridor).

The project restores intercity passenger rail service along the Gulf Coast with state-supported Amtrak service from New Orleans, Louisiana, to Mobile, Alabama. It will serve regions that are underserved, and the project is expected to foster economic development, enhance connectivity, provide other non-transportation benefits to the Gulf Coast region, and fill a critical geographic gap in Amtrak’s National Network. The Gulf Coast region was previously served by Amtrak’s tri-weekly Sunset Limited long-distance service. Amtrak suspended service between New Orleans, Louisiana, and Orlando, Florida, in August 2005 due to Hurricane Katrina, which caused extensive damage to the rail infrastructure over which the service operated. The two daily round trips will make six station stops in New Orleans, Louisiana; Bay St. Louis, Mississippi; Gulfport, Mississippi; Biloxi, Mississippi; Pascagoula, Mississippi; and Mobile, Alabama.