Metro-North Railroad has announced the historic installation and upgrade to the Waterbury Branch’s signalling system including both Positive Train Control and passing sidings. 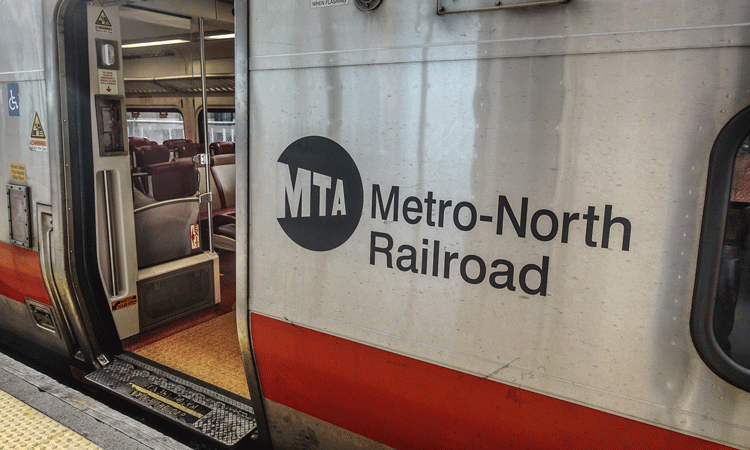 Metro-North Railroad has announced it has installed signals, Positive Train Control (PTC) and passing sidings along the Waterbury Branch. The completion represents a historic upgrade to a branch that was built in 1849, underscores the State of Connecticut’s commitment to maintaining and upgrading the branch, and eliminates the final segment of Metro-North Railroad that had been operating without an automatic signal system.

Though the Waterbury Branch had been exempt from PTC because it lacked a signal system, Metro-North and the Connecticut Department of Transportation (CTDOT) nevertheless brought signals to the branch allowing for PTC to be activated on 20 November 2021. PTC automates key operational functions and reduces the potential of human error to contribute to train accidents. With the activation of the Waterbury Branch, all parts of Metro-North Railroad are now operating in PTC.

Catherine Rinaldi, President of Metro-North Railroad, said: “The successful installation of the new signal system on the Waterbury Branch allowed us to bring the final segment of Metro-North online for PTC, increasing passenger safety, while also giving us the ability to provide more service on the branch in the future. I would like to thank CTDOT for being great partners throughout this project and am excited for our Connecticut customers to reap the benefits of a smoother commuting experience.”

Joseph Giulietti, Commissioner of the CTDOT, said: “Simply put, PTC and signalisation mean better safety and better service. Metro-North has been an essential partner in advancing the Waterbury Branch into the future and helping lay the groundwork for expanded train service. We thank them for playing an important part in helping us move Connecticut forward.”

The new signal system, known as Centralised Traffic Control (CTC), was brought online by Metro-North Railroad crews at the direction of the CTDOT, which provided funding. The CTC system allows trains to safely travel at speeds of up to 60mph. The signalisation project was recognised as the Infrastructure Project of the Year by the Connecticut chapter of the Construction Management Association of America.

Work on the project began in April 2019 and finished at the beginning of November 2021. In that time crews completely upgraded the signal system on the entire branch. Crews replaced more than 13,000 rail ties to keep train tracks in a good state of repair, and passing sidings were added where trains can pass each other at Derby, Beacon Falls, and just south of Waterbury, with a fourth to be installed at Devon. The siding installations give Metro-North the potential to increase train service and provide more flexibility to reduce congestion during peak periods.

Since Metro-North started operating service on the Waterbury Branch in 1983, trains have operated under a Manual Block System, the industry standard for rail lines without an automatic signalling system. That system required a Rail Traffic Controller at Metro-North’s Operations Control Centre to provide authority to each train’s crew to proceed between various points (or ‘blocks’) on the line. The new CTC system is a significant upgrade, allowing additional capacity and safety on the line.

CTDOT looks to build on the signal-system installation with plans to install two-way rail service on the branch in the coming months. With the signalling system upgrades and the addition of the passing sidings, service can increase on the branch to as many as 22 trains each weekday beginning as early as the summer of 2022. Increased service on the Waterbury Line was funded by $1.23 million in Connecticut state funding; $1.3 billion in federal funds will further enhance and expand these efforts.