Brightline has entered a critical step towards the completion of its intercity rail system connecting Miami and Orlando, with the launch of test trains running between West Palm Beach and Cocoa. 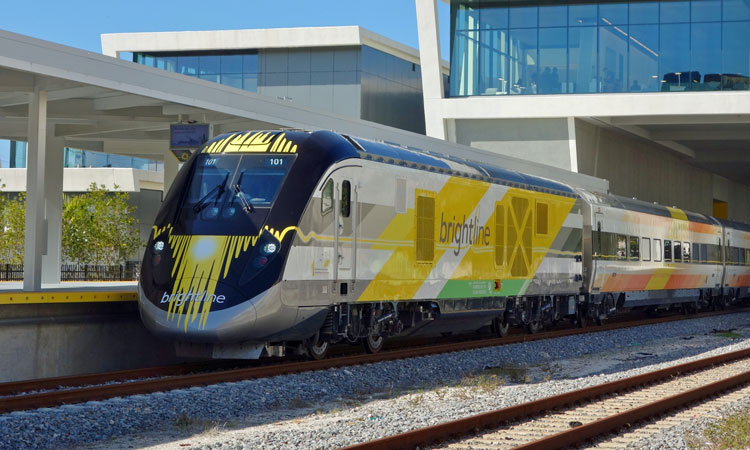 The test trains will be an opportunity for locomotive engineers and train conductors to learn the tracks and territory along a 130 mile stretch of the corridor. The trains will not be carrying passengers.

The test trains will operate one round trip a day and are expected to occur daily throughout 2022. Qualifying runs are the federally approved approach to familiarise certified engineers and conductors with new rail territory. Operating a train requires engineers and conductors to be intimately familiar with the rail corridor, including road crossings, signals, curves and speed restrictions. During qualifying runs, Brightline train crews will work with a manager already qualified on the territory, who will provide oversight and instruction.

Per federal statute, Brightline and freight trains will be required to blow the horn as they approach at-grade crossings or in an emergency situation.

Construction on Brightline’s extension to Orlando is more than 70 per cent complete and spans from the Brightline West Palm Beach station to the Orlando station at Orlando International Airport. To date, the project employs more than 1,300 workers who have worked 4.7 million man hours. The north-south corridor between West Palm Beach and Cocoa includes 156 railroad crossings that are being upgraded with safety improvements. Improvements have been completed on more than half of the crossings with the additional crossing work to be completed during 2022. Brightline expects to reach substantial completion of the Orlando extension by the end of 2022 and begin service in early 2023.