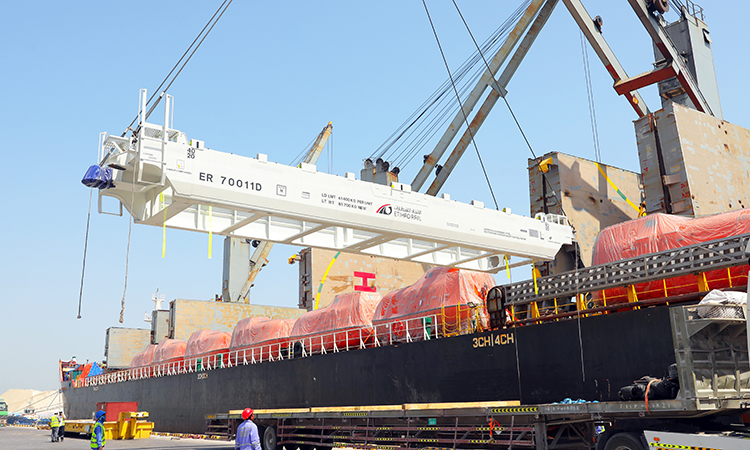 Etihad Rail has reached a new milestone in the development of the National Rail Network, with the arrival of first batches of the company’s new and advanced rolling stock fleet. The locomotives and wagons, which reached the UAE via Zayed and Al Musaffah Ports, will operate across the whole network upon its completion.

The achievement comes in line with Etihad Rail’s efforts to achieve the objectives of the UAE Railways Programme, the largest land transport system of its kind in the UAE, which was launched as part of the Projects of the 50, the largest set of national strategic projects that seek to set up a new phase of development across UAE for the next fifty years. The UAE Railways Programme aims to set a new roadmap for transporting goods and passengers via train across the country, which will contribute to developing a sustainable land transport system that connects the cities of the UAE via railways.

The first batches have arrived in the UAE through Zayed and Al Musaffah Ports, which comes as part of Etihad Rail’s commitment to expanding its fleet of trains to serve the entire network. The Company will increase its fleet of heavy freight locomotives to 45 heavy transport locomotives, which is equivalent to six times of its current fleet. Progress Rail, a Caterpillar company of America and one of the world’s largest manufacturers of diesel and electric locomotives, will handle the manufacturing and supply of the new EMD® SD70 electro-motive diesel locomotives. 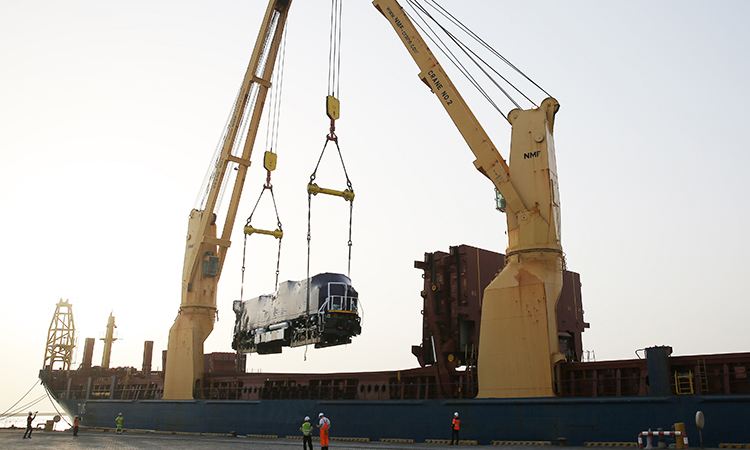 The Company has increased the size of its wagons, with the new fleet aiming to house more than 1,000 multi-purpose wagons, 3 times of its current fleet. China’s CRRC Group, one of the world’s leading providers of sustainable development solutions of the railway industry, will handle handling the manufacturing and supply the new fleet of wagons.

“The arrival of the new fleet of locomotives and wagons to the UAE on schedule reflects the level of the achievements that the Etihad Rail project is realising in the development of the UAE National Railway Network,” Mohammed Al Marzouqi, Executive Director of Rail Relations Sector at Etihad Rail, said. “Upon completion and becoming fully operational, the network will contribute to revitalising and bolstering economic growth in the UAE, particularly during the next 50 years, by providing reliable and safe freight services with high efficiency. The network will also contribute to the region’s economic growth upon its connection with the Gulf Cooperation Council (GCC) network, which will consolidate the UAE’s position as a regional and global centre for shipping and logistics services. This achievement comes as part of the company’s preparations to operate the network according to the highest global standards in the future.”

“Our diesel-electric EMD® SD70 locomotives meet the highest global standards,” Marty Haycraft, President and Chief Executive Officer of Progress Rail, said. “Etihad Rail’s new fleet is a great example of what our customers have come to expect from our advanced locomotives, which are designed to perform in extreme conditions.”

“CRRC is excited to be a partner in Stage Two of the UAE National Rail Network, contributing to the growth of Etihad Rail, the UAE, and the region by supporting the development of the rail industry,” Ben Quak, General Manager of CRRC UAE, said. “We are pleased to witness the successful delivery of the multi-function wagons, which will contribute to reducing carbon emissions and provide safe, sustainable, and efficient services.”

Etihad Rail’s new fleet was designed specifically to withstand the geographic, climate conditions, and the high temperatures and humidity levels in the GCC region, ensuring the highest levels of performance, efficiency, and sustainability. The fleet is set to elevate the transport and logistical services system in the UAE, solidifying the country’s position in the logistics sector on a regional and international level. It will increase the capacity of the UAE National Rail Network to more than 60 million tonnes of goods per year. Etihad Rail’s new fleet will also contribute towards reducing carbon dioxide emissions by 70-80 per cent.

The new locomotives and wagons will be stored at Etihad Rail’s facilities in Al Mirfa until the completion of construction works on the UAE National Railway Network. The development of the network is proceeding at a rapid pace and marking a number of achievements, the most recent being finishing 75 per cent of Stage Two of the project within 28 months.