USDOT have awarded over $233 million to 11 projects in eight states to improve and modernise intercity passenger rail service. 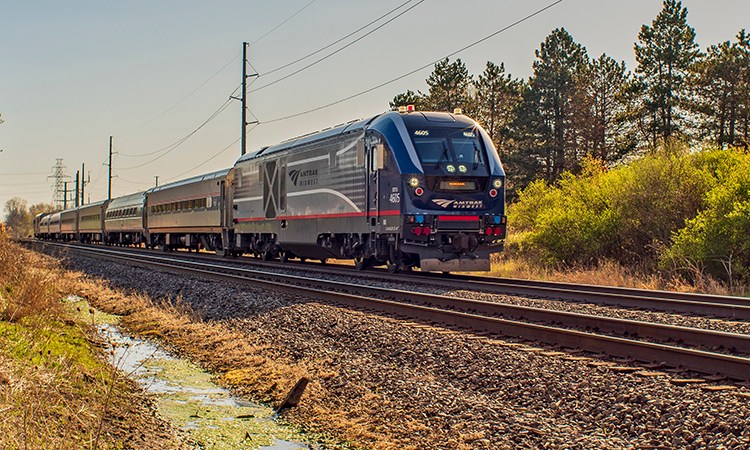 The U.S. Department of Transportation has awarded over $233 million to 11 projects in eight states to improve and modernise vital intercity passenger rail service. Funded by the Federal-State Partnership for State of Good Repair Program (Partnership Program), these investments will help replace bridges and tunnels along the Northeast Corridor in New York, New Jersey, Maryland, and Connecticut, each of which is more than 100 years old. Additional funds will increase the safety, reliability, and sustainability of rail infrastructure in California, Michigan, and Massachusetts and make needed improvements to the busiest train station in the Midwest: Chicago Union Station.

“From Amtrak on the East and West Coasts to commuter rail in cities across the country, Americans rely on intercity passenger rail to travel, get to work, and visit loved ones,” Pete Buttigieg, U.S. Transportation Secretary, said. “The Partnership Program improves upon this safe, affordable, and environmentally-friendly mode of transportation and brings us closer to delivering the world-class passenger service Americans deserve.”

For decades, America’s rail network has lacked dedicated and sustained funding, resulting in too many rail assets in need of rehabilitation. Administered by the Federal Railroad Administration (FRA), the Partnership Program is essential to revitalising rail assets and bringing railroad infrastructure to a state of good repair.

President Biden’s Bipartisan Infrastructure Law expands the funding, scope, and vision of FRA’s enhanced Federal State Partnership for Intercity Passenger Rail Program. The new program builds on prior successes and increases funding to an unprecedented $7.2 billion annually for the next five years. This increase in funding will advance projects that expand and establish new intercity passenger rail services to more communities across the country. It will also retain its focus on upgrading existing services and will contribute more money for projects on the Northeast Corridor. FRA will make FY22 Partnership Program funds available through a Notice of Funding Opportunity (NOFO) this Fall.

“For years, the Partnership Program has helped bring intercity passenger rail services to a state of good repair by reducing the maintenance backlog and ensuring Americans are connected to opportunity and each other,” Amit Bose, Administrator for FRA, said. “Under the Bipartisan Infrastructure Law, the FRA now has the exciting opportunity to further this mission while making intercity passenger rail service available to even more communities.”

Related news you will enjoy;

The proposed project replaces the 100-year-old San Luis Rey River Bridge with a double-track concrete bridge and eliminates a 0.6-mile single-track bottleneck in the City of Oceanside. Additional improvements will be made to an adjacent bike path, a pedestrian underpass, an FRA-approved Quiet Zone at-grade crossing, and grading, drainage, and signals. These improvements will bring rail infrastructure used heavily by Amtrak, Metrolink commuter services, and BNSF freight trains into a state of good repair while reducing delays, increasing speeds, and shortening trip times.

The proposed project replaces the aging Connecticut River bridge with a modern and resilient new moveable bridge, which will be used by Amtrak, Connecticut Shore Line East commuter service, and freight operators. The new bridge will improve maritime traffic by providing a bascule moveable span with additional vertical clearance. In addition, it will improve safety, reliability, and trip time for rail users and increase maximum train speeds from 45mph to 70mph. Delays from bridge openings will be significantly reduced, and Amtrak will realise maintenance savings from the new structure. The $65.2 million award marks the second Partnership Program contribution toward the project, equalling a $65.2 million selection with Fiscal Year 2020 funds.

Illinois – Chicago Union Station (CUS) Concourse Improvement Project (Up to $3,000,000)

The proposed project funds final design and construction management for the Chicago Union Station concourse level, which serves Amtrak and Metra passengers. Final design will address issues of passenger flow, bottlenecks, accessibility, and directional signage to improve passenger safety and overall experience, reduce travel time through the station, and provide capacity for current and future demand. Chicago Union Station is the busiest station in the Midwest and 4th busiest in Amtrak’s network.

The proposed project funds final design for the replacement of the 115-year-old Susquehanna River Bridge, which serves all Amtrak service, MARC commuter trains, and freight operators on the Northeast Corridor main line. The new bridge will have a higher clearance above the river and features a moveable span that can more efficiently open and close to maritime traffic. It will also increase train speeds from 90 mph to 125 mph and reduce or eliminate delays caused by bridge openings.

The proposed project replaces the more than 100-year-old South Elm Street Bridge with a modern two-track rail bridge on a rail corridor owned by the MBTA. The bridge is used by Amtrak and the MBTA’s commuter rail service, and the project will bring it to a state of good repair.

The proposed project will fund preliminary engineering and preparation of National Environmental Policy Act documents for a proposed reconstruction of five deficient bridge structures located on the Michigan Department of Transportation-owned segment of the rail corridor between Kalamazoo and Dearborn. The project will allow the State to avoid future bridge closures, improve reliability, and increase load ratings and will benefit travellers using Amtrak’s Wolverine and Blue Water services.

The proposed project will fund the completion of final design for the Sawtooth Bridges Replacement project, which will replace two 110-year-old railroad bridges in Kearny with three new ones. As part of the Gateway Program, the new bridges will allow for a four-track segment between Newark and New York City. The four-track replacement will provide redundancy for operations during maintenance work or service disruptions, minimising disruptions and delays and improving reliability and capacity to both Amtrak and NJ Transit services. The replacement bridges will also increase operating speeds above the current 60 mph limit.

The proposed project will fund the completion of early action capital projects necessary for the larger East River Tunnel Rehabilitation project, including relocating an electric traction power cable and re-installing and improving a track connection within Sunnyside Yard. The East River Tunnels carry all Amtrak Northeast Corridor and Long Island Railroad services as well as NJ Transit non-revenue services. The project will reduce the risk of delays and outages associated with cable failures during the future Line 2 rehabilitation project and will significantly enhance safety and reliability for trains travelling through the tunnel.

The proposed project will fund the completion of National Environmental Policy Act documentation and preliminary engineering for the Pelham Bay Bridge Replacement project. This project will replace a 115-year-old Amtrak-owned and operated railroad bridge in the Bronx with a new two-track movable span. The new structure will increase the vertical clearance above the water and reduce the need to open the bridge for marine traffic, making the channel more navigable for marine traffic and reducing the risk of collision with the bridge. It will also increase train speeds from 45 mph to 60-100 mph.

The proposed project will fund final design and construction to replace the existing 520-foot-long low-level platform at Rhinecliff Station with a new, longer high-level platform. Related track and signal work will increase operational flexibility needed for current and projected future demand. The project also includes new circulation and access to the platform including stairs, elevators, and a pedestrian bridge. These upgrades are part of a program of projects needed to increase daily round trip trains from 13 to 17 on the Empire Corridor between New York and Albany. Rhinecliff Station is 90 miles from New York City and serves 26 Amtrak trains daily.