Metra have unveiled a remanufactured locomotive, named SD70MACH, that promises to increase reliability and decrease emissions. 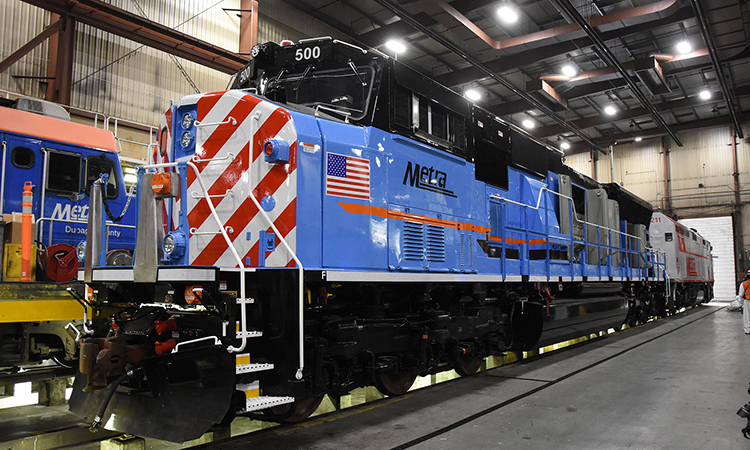 Metra have debuted the latest addition to its locomotive fleet, a like-new, remanufactured locomotive that promises to increase reliability and efficiency and decrease emissions and operating costs.

The new locomotive, an EMD SD70MAC locomotive that was improved and reconfigured for passenger use with refurbished, upgraded, or new components, has been painted in heritage Regional Transportation Authority colours to celebrate the upcoming 50th anniversary of the formation of the RTA. The locomotive, now designated an SD70MACH, has been assigned the number 500 in Metra’s locomotive numbering system.

“We are excited to introduce this new locomotive for My Metra riders,” Jim Derwinski, CEO/Executive Director for Metra, said. “This locomotive and others to follow will replace some of the oldest locomotives in our fleet, and we would expect to see a significant increase in reliability and decrease in emissions as a result.”

The Board of Directors approved a $70.9 million contract to purchase 15 of the remanufactured locomotives in January 2019. The remaining locomotives will be delivered approximately once per month starting in November. The contract with Progress Rail Locomotives of La Grange includes options to buy up to 27 additional locomotives if Metra is satisfied with their performance and funding is available. 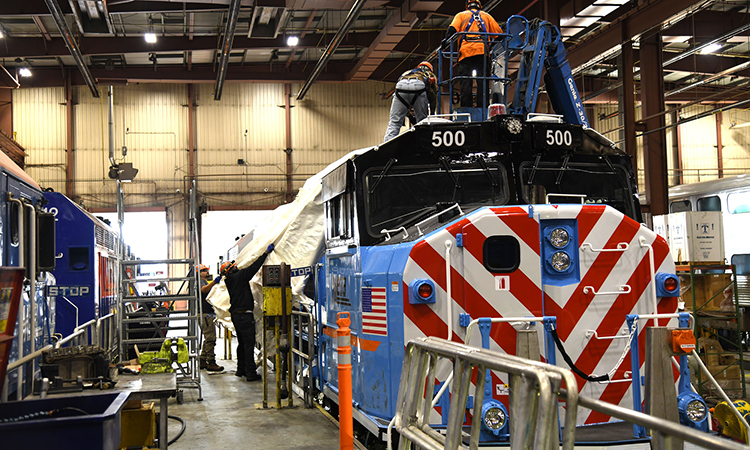 The remanufactured locomotives have a similar design to Metra’s F59 locomotives, so Metra will be able to use the same parts inventory and won’t need different training and maintenance programmes. There will be a 34 per cent increase in horsepower. Another major upgrade is a microprocessor-controlled brake system.