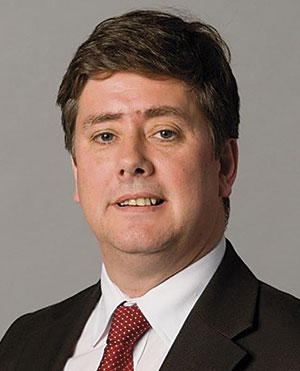 Keith Brown, Transport Minister: “Our delivery of the Borders Railway is bringing communities along the route back into the rail network for the first time in over 40 years.

The earthworks programme, which will create the line of route and base for the railway track, will now begin to roll-out along the route throughout summer and autumn.

The start of the main works follows a six-month period of advance preparations along the route, which has included a considerable amount of mining remediation work in the area of the old Monktonhall colliery.

Transport Minister Keith Brown said: “Our delivery of the Borders Railway is bringing communities along the route back into the rail network for the first time in over 40 years.

“The start of the construction works is a hugely exciting milestone and will allow those communities to witness the scheme coming to life.

“I very much look forward to seeing the Borders Railway take shape from here with all the social, economic and environmental benefits that will bring for the area.”

David Simpson, Network Rail route managing director for Scotland, added: “The start of the main construction works is a major milestone in the delivery of the new line.

“From today, local communities will be able to see their new railway beginning to take shape and we look forward to working with them, our contractors and the Scottish Government to re-establish this vital transport link for the Borders.”

The Borders Railway, which will enter service in 2015, will re-establish a passenger rail link for the first time in over 40 years from Edinburgh through Midlothian to Tweedbank.

The line will include 30 miles of new railway with three existing stations and seven new ones – at Shawfair, Eskbank, Newtongrange, Gorebridge, Stow, Galashiels and Tweedbank.

The £294m scheme is being delivered by Network Rail on behalf of the Scottish Government and, once complete, will offer a fast and efficient alternative to the congested local road network and passengers will be able to travel direct from Tweedbank to Edinburgh Waverley in less than an hour at peak times.

The railway is expected to deliver major economic and social development opportunities – connecting people to jobs, housing, leisure opportunities and other facilities.