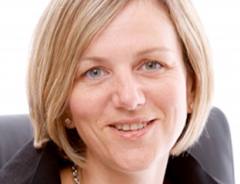 The exchange took place at CILT’s panel discussion on the future of rail in 2035, following CILT’s recent Vision 2035 report, praised by MP Lilian Greenwood for its constructive look at future rail infrastructure requirements.

‘We need to see a full north-south line as part of a re-born intercity service’ Lilian Greenwood said. She also called for a return of InterCity branded services, and for state owned rail operators such as east coast to be allowed to bid for franchises.

Rail guru and London mayoral candidate Christian Wolmar expressed his doubts that HS2 is the best way to invest in rail, instead calling for Labour to block fare increases of more than the rate of inflation.