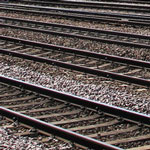 EVR Cargo’s chairman of the board Ahto Altjõe said that while oil products transport volumes continued to decline, there was an increase in the transport volume of fertilisers and containers.

Container volumes hauled by EVR Cargo were up 28 per cent year-on-year in August, reaching 5 897 TEUs in total. EVR Cargo has hauled 50 593 TEUs during the first half of the year, an increase of 32 per cent compared to last year.

In August Russia remained as the main trade partner for EVR Cargo in railway freight with 535 thousand tons. Latvia’s share decreased to 71 thousand tons and Kazakhstan increased their share by 55 per cent to 136 thousand tons.

The share of transit freight increased during eight months by one per cent to 6.86 million tons, forming 68 per cent of the total freight volume

AS EVR Cargo was separated from Estonian Railways in 2012, the company serves its customers in Estonia on a 1229-kilometre long railway track as well as over the entire 1520-millimeter gauge railway network, stretching from Finland to the Black Sea and from the Baltic States to the coast of the Sea of Japan, covering all CIS member states. Rail cars are hauled to and from Russia and surrounding regions in block trains or shuttles, requiring less formalities and thus ensuring faster delivery times. The company also has its own fleet of more than 3300 wagons and 80 locomotives and offers rolling stock repair and maintenance services to its customers. The Estonian logistics hub has several competitive advantages: fully renovated railway infrastructure with more than 25 million tons of annual free capacity, modern port and terminal infrastructure, transparent costs and a business-friendly tax and economic environment.

By EVR Cargo AS