Professor Andrew McNaughton examines the future of rail at the Institution of Engineering and Technology’s Sir Henry Royce Memorial Lecture, 2014

Meeting the demands of a growing population and a necessary railway system requires constant innovation, according to Professor Andrew McNaughton, FREng and Technical Director for HS2… 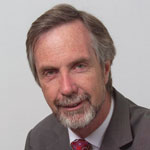 Meeting the demands of a growing population and a necessary railway system requires constant innovation, according to Professor Andrew McNaughton, FREng and Technical Director for HS2. As both an industry leader and a prominent academic, Professor McNaughton presented the Institution of Engineering and Technology’s (IET) Sir Henry Royce Memorial Lecture for 2014, in which he outlined his vision for the UK’s future railway systems. McNaughton has been at the forefront of UK railway system design for the last decade and a half. In this time he was the Chief Engineer of Network Rail and has worked on High Speed 2 since 2009. His lecture, entitled ‘User focused, engineer led, and technology driven’, took the audience through the many challenges he sees facing the nation’s rail system. These range from issues with current freighting and train station designs, to weight reductions and individualised travel experiences.

McNaughton assessed the key areas where rail systems need updating and addressed the need to roll-out changes that improve connectivity between cities and within a metropolis. His most resounding remark came when he stated that “successful railway engineering is largely about how you put the railway together.” His vision for the future is to have a railway system that is not based on the number of trains or rails, but the efficiency of services that they provide.

Railways will be upgraded to have higher levels of mathematical calculation, which will deliver Japanese levels of precision. This change will see company accountability for disruptions increase. He insisted that the days of measuring a good railway journey by distance are over; it is now the case that a trip should be measured in duration, comfort, lack of delays, and the reduction of time spent at a train station.

Moving through his research, McNaughton outlined how rail services were experiencing a push for disaggregation, by trying to craft a positive individual experience within what is effectively a mass transportation service. The future will see the railway companies sell a train journey as a personal indulgence in comfort and enjoyment, by enhancing the passenger experience beyond the point of making travellers feel like cattle. In making this analogy, he discussed the needed reduction in authoritative fare-based utilities, such as train barriers, and showing that the railway service trusts passengers to buy their tickets.  By improving the passenger experience, reducing travel times and delays, and making the experience more personal, McNaughton is convinced that the UK will run a more attractive and less authoritative nexus of trains.

“We were delighted to have hosted such a prolific and insightful engineer for this year’s Sir Henry Royce Lecture,” said William Webb, President of the IET. “For just under two generations Professor McNaughton has played an integral part in shaping rail systems within the UK. His elegance in describing how the gap between an engineer and a customer is bridged was telling of such a well thought-out vision. The bar has been set high for next year’s lecture, and this is in keeping with the calibre of experts we attract to talk on behalf of the Institution of Engineering and Technology.”

McNaughton’s lecture was received by a crowded room of engineers, railway workers, academics, business people, railway investors, and IET members. It was broadcast live to an international audience. The stream is now available to view via the IET’s website.

Professor Andrew McNaughton is a Global Railway Review Editorial Board Member and valued previous author of many articles, including most recently in Global Railway Review Issue 5 2014 with an article covering what passengers of the UK’s new north-south railway (High Speed 2) will want from the network if developed.

By The Institution of Engineering and Technology