A platform for progress: Better conversations between Europe’s rail industry and the European Commission 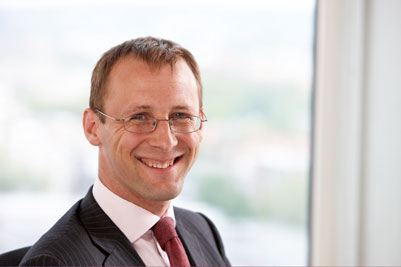 With the Fourth Railway Package at the top of the European agenda, infrastructure managers need to be in the conversation at the highest level to make sure the new rules work and the market functions.

PRIME hosts informal discussions on legislation and Commission initiatives, and functions as an early warning system when new challenges emerge, as well as helping find solutions. With debates around the Fourth Railway Package set to dominate the latter part of 2014, the ability for infrastructure managers and the Commission to talk openly has never been more crucial.

PRIME is similar to platforms in other network industries, such as telecoms or electricity, which have a proven track record of helping shape the agenda. With transport being a part of the coordinated portfolio relating to jobs, growth and competitiveness in the new European Commission, rail must have a platform for direct discussion with the Commission if it is to stay at the top of the agenda for the long-term.

Paul Plummer, Group Strategy Director and Board Member at Network Rail, sees PRIME as crucial to delivering the right environment for infrastructure managers to deliver the future of rail. He was elected industry Co-Chair of the Platform in June 2014. His aim is that the work of the Platform will benefit the involved parties individually, and European railways as a whole.

Paul Plummer explains: “Establishing this forum is a great step forward for improving co-operation on a European level. It will ultimately lead to better rules and regulations for European railways, as infrastructure managers and the Commission can honestly share their thoughts and learn from each other directly. We need to understand the Commission’s intentions and strategy better; while they need to learn from our experience and knowledge more. Improving mutual understanding of our respective tasks and organisations is important and will reap dividends in the long-term.

“It has already proved a uniquely useful environment for sharing opinions with the Commission, and discussing the long-term strategy for Europe’s railways. For infrastructure managers, this is an invaluable opportunity to think big as we plan the long-term future of our own networks.

“This has been the experience in other industries, where the major networks and the Commission need to work together to make sure everyone plays their part in delivering the service our customers demand and deserve.”

PRIME has taken on some major issues in its first year, including ERTMS deployment, key performance indicators for infrastructure managers and work on the legislative progress towards a Single European Rail Area. The manner of co-operation has been important, with infrastructure managers and the Commission able to talk honestly and openly, including about difficult issues.

Paul continues: “I’m impressed with the willingness of both the European Commission and the infrastructure managers to have an open dialogue, including on issues of a sensitive nature, such as safety, which is of course a priority for everyone working on the railway. This all builds on the excellent start by my colleague Gunnar Malm, Director General of Sweden’s Trafikverket, who was industry Co-Chair of PRIME for its first year and helped set out working methods and priorities.”

PRIME covers a wide range of issues, but has established sub groups to examine two of the most pressing issues in detail: KPIs for the industry and the legislation being brought forward by the Commission to complete the Single European Rail Area. Both are essential to the future of the industry, and engaging directly with the Commission early on has allowed infrastructure managers to influence the Commission’s detailed work, and the Commission to underline its determination to improve performance.

Paul continues: “In the coming years, we should continue to broaden and deepen this cooperation on new important topics, such as the completion of the European corridors and intermodal cooperation, energy and environmental challenges as well as innovation and digitalisation of the railways. I could also envisage PRIME working jointly with other industries’ platforms on specific topics of common interest such as climate change.

“As industry Co-Chair of PRIME, my aim is that this new cooperation platform will support competitiveness and continued development of European railways. I’m confident that this enhanced cooperation between rail infrastructure managers and the European Commission will be of added value to the participants, to our customers and to the accomplishment of the ambitions for Europe’s railways.” Paul Plummer is Member of the Board and Group Strategy Director of Network Rail, where he is responsible for the development of corporate strategy, network strategy and planning, the development of enhancement projects, the periodic regulatory review process, reform of the regulatory and contractual framework and European affairs. Paul is also Vice-President of European Rail Infrastructure Managers (EIM) and since June 2014 has been industry Co-Chair of the Platform for Rail Infrastructure Managers in Europe (PRIME).

By Paul Plummer, Member of the Board and Group Strategy Director of Network Rail