Stoke-on-Trent HS2 – The Smart route to The North 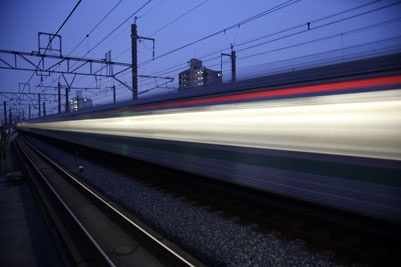 An alliance of business and community leaders are calling on HS2 Ltd and the Government to make the right choice on HS2 for the nation.

The city has produced a compelling business case which would deliver the maximum return on investment, while delivering the full benefits of HS2. It demonstrates conclusively that the Stoke Route will deliver benefits earlier and to more people, it delivers maximum economic growth, is more technically effective and greener than any other alternative option on the table. What’s more, it saves the tax payer at least £2 billion.

The business case is the culmination of months of detailed analysis by leading experts including economic consultants Volterra, who sit on HS2’s own Economics Advisory Committee.

“We have to get maximum value from any infrastructure investment and something this big is a once in a lifetime opportunity for the UK economy. The Stoke Route connects up cities and delivers the maximum economic impact. The city has the development ready brownfield capacity to maximise the benefits of HS2 and avoids the costs of carving up the countryside.

“Routing HS2 via Stoke-on-Trent delivers equivalent or faster journey times than the alternatives. It connects up more people earlier. It delivers more impact for less cost for the tax payer. Stoke-on-Trent provides the best option for HS2,” he said.

Volterra Chief Executive Bridget Rosewell said the HS2 Stoke Business Case is something the Government and HS2 could not ignore.

“The economic impact of HS2 on Stoke-on-Trent will be significantly larger than it would be on Crewe. The city region is almost half a million people and a city that both needs and wants to change. HS2 will add extra energy to the drive to create a new high density commercial heart in the city.

“The high-speed rail market is city centre to city centre and if HS2 is to increase economic growth in the north it should not skirt around the only city between Birmingham and Manchester. That would be a wasted opportunity. Crewe simply could not cope with this level of growth,” she said.

Staffordshire Chambers of Commerce President Jonathan Mitchell said this was an issue of national importance.

“Business is expecting Government to make a decision based on sound economic principles. This is not just about railway engineering; it’s about connecting cities, growing economies and creating jobs. The Stoke Route meets all these requirements – boosting the North Staffordshire economy and delivering full HS2 services to more cities – earlier, for less cost and with minimal disruption.

“The Stoke Route is the right choice; for the tax payer, for business, for the countryside and for future generations. The business case is compelling and it offers the best return on government investment. It is not just best for the region – it is best for Britain,” he said.

Advisor to the Vice-Chancellor at the University of Liverpool and founder of the European Institute for Urban Affairs, Professor Michael Parkinson, said the Stoke case was a massively impressive piece of work.

“Stoke’s impressive, robust analysis has made a very powerful case about the long term economic benefits both for the region and the country. Its case cannot simply be ignored. Government and the HS2 Board must treat it seriously and review and reply in detail to the evidence and the proposals presented in the report,” he said.

“The Stoke Route is better for the economy, generating more high impact city growth, faster, linking millions more people to HS2 services seven years early. That’s got to be good for business. It’s greener too because it delivers the station, the railway and the economic growth on existing brownfield land.

“While Crewe proposes a parkway station, Stoke-on-Trent’s solution would be in the heart of an urban conurbation of 470,000 people – around seven times the size of Crewe. It would be fully integrated into the city’s new business district.

“There is cross party consensus that HS2 is now all about cities – about better connecting the regional powerhouses and engines of economic growth. As the only major city between Birmingham and Manchester, the Stoke Route delivers this ambition.”

On top of all these benefits the Stoke Route avoids all the complexities involved in remodelling and moving one of Europe’s busiest railway junctions to create a parkway station outside Crewe. The Stoke Route is significantly cheaper for the tax payer while delivering everything the Crewe scheme claims and much more.

“By any objective analysis the Stoke Route wins out on every front. It is crucial that the Government commits to open and balanced decision making in the interests of the tax payer and the wider economy,” he said

MP for Stoke-North Joan Walley said it was time the government investigated the case for Stoke on Trent.

“The Government should ensure that all route options are appraised fully and fairly to ensure the designated chosen route offers best value for money for the tax payer and least environmental destruction.’

The following link will direct you to the full business case http://www.stoke.gov.uk/ccm/navigation/regeneration/hs2—high-speed-rail/

The partners have produced a special video too: http://youtu.be/j821Nb8MeZo