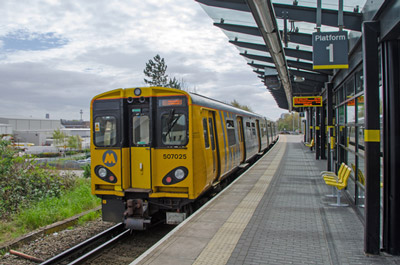 Five rolling stock manufacturers have been shortlisted by Merseytravel to enter the next stage of the tender process for new Merseyrail trains. The initial tender process, launched in October 2015, saw bidders assessed in areas such as their capacity to deliver the work, their expertise and track record. The next stage of the process will see them make submissions specific to details of the Merseyrail project.

The five shortlisted bidders include:

On the announcement, Cllr Liam Robinson, Chair of Merseytravel, said: “We are extremely pleased that our project has attracted the interest of leading names in the industry.

“All of our five candidates have extensive experience of providing trains, maintenance services and depots.  They all have a strong international pedigree as well as a good track record here in the UK.

“This announcement marks an important next step in the project – keeping up the momentum and moving another step forward towards new trains on the Merseyrail network.

“Now we want the bidders to use their expertise to help shape our vision, demonstrating innovation and a real understanding of the importance of the network to the Liverpool City Region.

“A new fleet, and the associated works, is essential for providing services that people and business can rely on, as well as being a stimulus for further economic growth.

“As part of the process we’ll be interested in how the bidders may be able to tap into the local labour market and make the most of UK-based opportunities.”

It is expected that a preferred bidder will be identified towards the end of 2016 and it will be at this point that city region leaders, through the Combined Authority, will be asked to commit to the project going ahead.

A new train fleet by the early 2020s was considered the best option to replace the 40-year old current fleet which is close to the end of its operational life. The decision follows the development of a detailed business case over many months which looked at all options from refurbished stock to new stock now or in the future.

Demand is increasing by 2.5 percent each year, with an overall 40 percent increase in passenger numbers expected by 2028. According to MerseyRail, some parts of the network are predicted to be way over capacity – 160 percent filled – by 2043.

The faster journey times and increased capacity would present a significant economic boost to the City Region, worth an estimated £70m per year and would stimulate the creation of around 1,000 jobs.

The project is likely to cost around £400m and will include major infrastructure improvements at stations and depots, as well as major reinforcement of the power supply to the network.

The plans have been developed to ensure that there will be no additional costs to local tax payers, with costs recovered over the operational life of the new trains by leasing them to the commercial operator responsible for the Merseyrail network – currently Merseyrail Electrics. Merseytravel’s initial investment will use a variety of funding mechanisms, including a rail reserve already established for this purpose.