Crossrail to be named the Elizabeth line

Mayor of London Boris Johnson MP has announced Crossrail will be named Elizabeth line in honour of Her Majesty the Queen when operation begins in 2018. 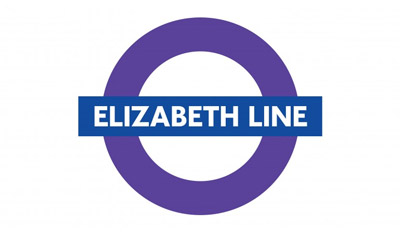 Mayor of London Boris Johnson MP has announced Crossrail will be named Elizabeth line in honour of Her Majesty the Queen when operation begins in 2018. In a ceremony marking the occasion, Her Majesty the Queen visited the under-construction Crossrail station at Bond Street where the Mayor of London announced the new railway will be known as the Elizabeth line. The Mayor was joined by Secretary of State for Transport, Patrick McLoughlin MP, London’s Transport Commissioner, Mike Brown MVO, the Crossrail infrastructure company’s Chairman, Terry Morgan, and Chief Executive, Andrew Wolstenholme.

The Queen received a tour of the Bond Street station site, which will see 24 trains per hour in each direction when the central section of the Transport for London (TfL) run railway opens in 2018. The queen was presented with a commemorative Elizabeth roundel, and met with apprentices, engineers and drivers of the trains that will serve the line.

The Mayor of London, Boris Johnson MP, said: “Crossrail is already proving a huge success for the UK economy, and as we move closer to bringing this transformative new railway into service, I think it’s truly wonderful that such a significant line for our capital, will carry such a significant name from our country. As well as radically improving travel right across our city, the Elizabeth line will provide a lasting tribute to our longest serving monarch.”

The Rt Hon Patrick McLoughlin MP said: “Given Her Majesty the Queen’s long association with UK transport, it is very fitting that this vital link across our capital will be named the Elizabeth Line in her honour. This is an example of British engineering at its best and will transform the way people travel across London and beyond from 2018, bringing better and faster journeys, while boosting jobs and driving economic growth.”

Mike Brown MVO, London’s Transport Commissioner, said: “This new railway is absolutely vital to meeting the needs of the Capital’s rapidly growing population. The Elizabeth line will transform the way people get across our city and will enable London to continue to succeed, contributing to the economic health of the entire country. In running this important new railway we will ensure that it serves as a fitting tribute to Her Majesty the Queen.”

Terry Morgan, Chairman, Crossrail Limited said: “Construction for the new railway is now over 70 per cent complete and is being delivered on time and within budget. The Crossrail project is one of the most ambitious and complex infrastructure programmes ever undertaken in the UK, the scale of engineering being delivered under the capital is quite incredible. The opening of the Elizabeth line in 2018 will be a significant moment for London.”

Stretching from Reading and Heathrow in the west across to Shenfield and Abbey Wood in the east, the Elizabeth line will significantly increase the Capital’s rail capacity, carrying over half a million passengers per day. A fleet of brand new 200 metre long trains will run on the Elizabeth line, featuring nine walk-through carriages, air conditioning, CCTV and real-time travel information.