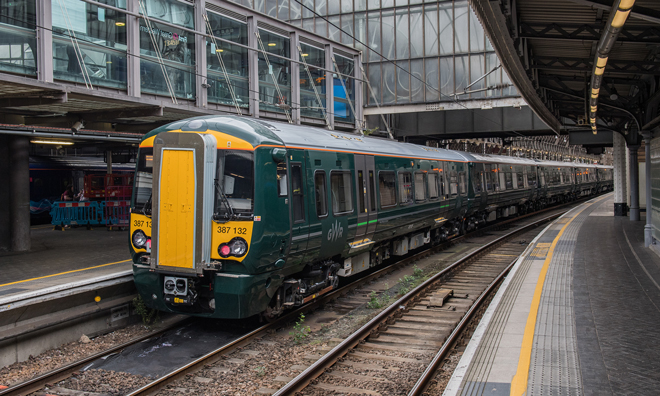 The first two of 45 Bombardier Class 387 EMUs, also known as Electrostar, began operation on GWR services between Hayes & Harlington and London Paddington. The introduction is part of an initiative to provide greater capacity and faster, more frequent services for commuters in and out of the capital.

Commenting on the new fleet, Great Western Railway managing director, Mark Hopwood said: “The Thames Valley is one of the most popular rail corridors in the UK.

“We have promised the current fleet would be upgraded to provide much needed additional capacity and faster journey times, and I am delighted to say the first of these new electric trains will come into service in just a matter of days.” In a multi-million pound agreement signed between GWR, Bombardier and leasing company Porterbrook in July 2016, 37 Class 387 four-carriage trains will join the eight trains already ordered by the operator replacing the current fleet of Turbo trains. This fleet will be used in other parts of the GWR network, providing additional capacity where needed.

The trains can be run in four, eight and 12 carriage formations, with the latter providing 97 more seats per train than the longest Turbo today.

Rail Minister Paul Maynard said: “We are making the biggest investment in the railways since the Victorian era to modernise the network and deliver better journeys.

“The introduction of Great Western Railway’s first new Class 387 trains built by Bombardier in Derby is a great example of our investment. It will offer more seats, greater comfort and better reliability for passengers.”

The new trains will initially operate eight services a day between Hayes & Harlington and London Paddington, in eight-car formations.