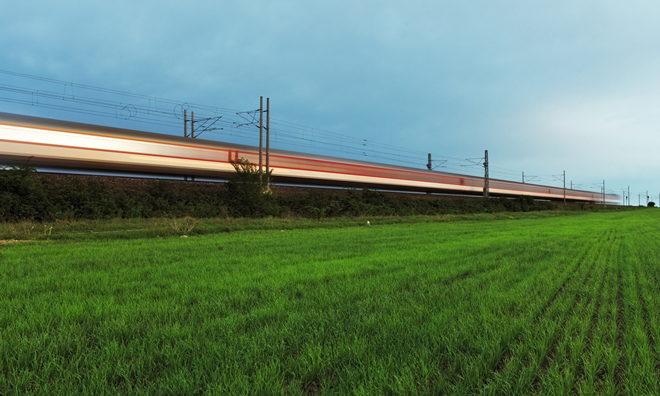 The Transport Secretary has today confirmed the majority of the HS2 Phase 2 route from Crewe to Manchester and the West Midlands to Leeds.

On confirming the route, Transport Secretary Chris Grayling said: “Our railways owe much to the Victorian engineers who pioneered them, but we cannot rest on their legacy when we face overcrowding and capacity problems.

“HS2 is an ambitious and exciting project and the government is seizing the opportunity it offers to build a transport network fit for the 21st century; one that works for all and makes clear to the world that Britain remains open for business.

“The full HS2 route will be a game-changer for the country that will slash journey times and perhaps most importantly give rail passengers on the existing network thousands of extra seats every day. They represent the greatest upgrade to our railway in living memory.

“But while it will bring significant benefits, I recognise the difficulties faced by communities along the route. They will be treated with fairness, compassion and respect and, as with Phase One, we intend to introduce further compensation which goes over and above what is required by law.”

Once complete in 2033, HS2 promises to free up space on the existing network for additional commuter and freight services. HS2 trains will carry over 300,000 people a day, tripling the number seats available out of Euston at peak hours.

On the western leg, government has confirmed HS2 will:

There will also be a connection to Liverpool and to the existing West Coast main line allowing HS2 services to continue north, serving stations to Glasgow and Edinburgh.

On the eastern leg, HS2 will:

Commenting on the announcement, Communities Secretary Sajid Javid said: “The new HS2 routes laid out today will make sure our plans to create an economy that works for everyone remain right on track.

“We are determined to get both the Midlands Engine and Northern Powerhouse firing on all cylinders and HS2 will help create new growth, jobs and homes right across the line.”

The Department for Transport will be consulting on seven route refinements which can be found here.

In addition to the route confirmation the Transport Secretary announced HS2 Ltd. has awarded a £900 million contract for preparatory work on the West Midlands to London route. The contract details are as follows:

Welcoming the announcement, Paul Francis, chair of the Rail Forum East Midlands (RFEM), said “The East Midlands rail industry welcomes today’s announcement. Our members and the wider supply chain see the Eastern extension to HS2 as a vote of confidence in rail as a means of stimulating economic growth across the UK.

“Our member companies are ready to supply innovative products and services to HS2. We urge government to progress quickly with the first stage of the HS2 scheme so that the supply chain can recruit and develop the skills necessary to build Britain’s newest railway”.

Reacting to the announcement, James MacColl, Head of Campaigns for Campaign for Better Transport, said: “”With future Government finances somewhat uncertain at present, the emphasis must be on getting the most from our investment in HS2. Its success depends not only on minimising the damage that the route would cause to communities and landscapes, but also on ensuring that it forms a viable and useful part of the transport network, attracting people and freight off the roads and out of planes. To do this, the Government must set out an integration plan to show exactly how HS2 will enable extra freight and passenger trains on the existing network and how the new high speed services and stations will link with the rest of the transport network. Without more progress on this, the potential benefits of the scheme will be badly compromised.”

The Department for Transport has also issued safeguarding directions for the preferred Phase 2b route, which allows those most affected by the plans of the Phase 2b build to apply for the government to buy their home.

Paul Plummer, Chief Executive of the Rail Delivery Group, representing train companies and Network Rail, said: “HS2 will become a very important part of Britain’s railway for decades to come, and will play a huge part in managing the capacity challenge that we face. Rail companies are already delivering the £50billion plus Railway Upgrade Plan to build the bigger, better, more modern network that Britain needs to carry even more people and freight safely, quickly, reliably and efficiently, which includes the start of construction on HS2.

“The rail industry is working hard to ensure HS2 is seamlessly integrated with the existing network as one railway when the new line opens in 2026.”

Commenting on the decision, TUC General Secretary Frances O’Grady said: “HS2 is a much-needed shot in the arm for the British economy. Extra capacity and modern rail infrastructure will help companies outside of London to compete globally.

“Today’s announcement is not only good news for rail workers, but for companies throughout the UK supply chain too.

“Britain’s steel workers stand ready to provide the steel needed for HS2 – all they need is for the government to commit to buying British.”