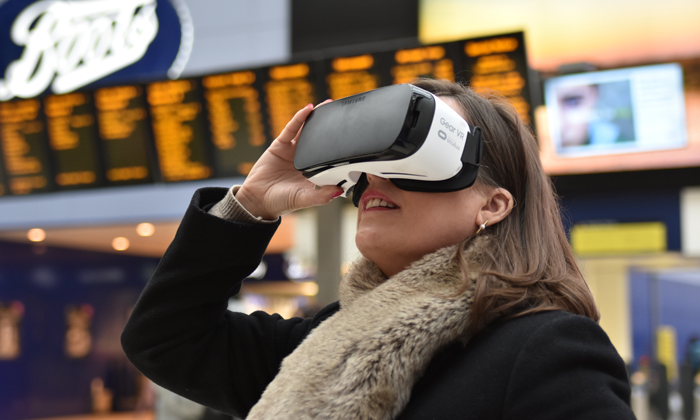 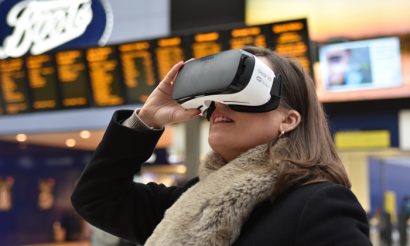 On 15th February 2017, Network Rail and South West Trains gave passengers the opportunity to experience the future of London Waterloo via virtual reality headsets. The technology provided a 360-degree view of the station as it will be from December 2018, when the work to rebuild the former Waterloo International Terminal, and bring five platforms into regular commuter use, will be completed.

360-degree view of the planned redevelopment at Waterloo station

The re-developed terminal will be connected to the main station via a new bridge and concourse area, currently under construction. The project forms part of an £800 million investment to boost capacity at Waterloo station by 30 percent by December 2018.

According to Network Rail, platforms 20-24 will temporarily open between the 5th and 28th August this year to mitigate against some of the loss of capacity caused by the closure of platforms 1-9. They will close again shortly after for further construction work to be carried out and are scheduled to be fully open and operational by December 2018.

Becky Lumlock, route managing director at Network Rail, said: “At the moment we’re working really hard to make sure passengers plan ahead for the changes to services this August, and bringing the five former international platforms back into use is a really exciting prospect and a huge step towards providing a better railway for the growing number of passengers at Waterloo. This is why we want to show passengers just what to expect, and the improvements that our Railway Upgrade Plan is delivering.”

Christian Roth, managing director for South West Trains, added: “When fully operational, these platforms will provide 18 trains per hour during the busiest times of the day, providing thousands of extra seats and helping to increase overall capacity by 30 percent. We hope passengers enjoy the experience and get a clearer understanding of the work being carried out to improve their journeys.”

Network Rail and South West Trains plan to continue to use the technology in order to showcase the development at a number of events for passengers and stakeholders.