Eurostar launches its new e320 trains on the London-Brussels route

Eurostar has previewed its new e320 train on the London-Brussels route in advance of its introduction into service on Sunday 28 May 2017. 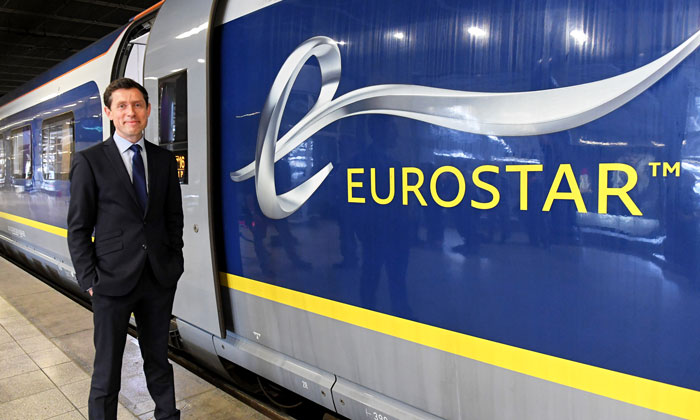 Eurostar has previewed its new e320 train on the London-Brussels route in advance of its introduction into service on Sunday 28 May 2017. 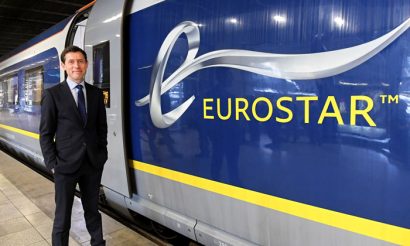 The arrival of the new trains on the Brussels service is part of a £1 billion programme of investment in Eurostar’s fleet, stations and service which included the purchase of 17 new e320 trains and the refurbishment of its original trains.

The e320, which has been operating on the London-Paris route since November 2015, boasts 20% more capacity than the original Eurostar trains. The new trains feature a bold design as well as wi-fi connectivity and 300 hours of on-board entertainment streamed to customers’ personal devices.

The introduction of the e320 on the London-Brussels service also follows an extensive renovation of the Eurostar terminal in Brussels Midi. This has created an expanded departure area and a more efficient check-in space which will be further enhanced by the introduction of facial recognition e-passport gate technology for the peak summer holiday period.

With its new e320 trains, which are interoperable and can operate on the European high-speed network beyond the UK, France and Belgium, Eurostar is in the final stages of preparation for the launch of its new direct service to Amsterdam and Rotterdam.

Nicolas Petrovic, Chief Executive of Eurostar, said: “The introduction of the e320 on the Brussels route marks an important milestone and step change in the travel experience for our customers. With demand for high-speed rail over plane on the increase, we are now gearing up to expand our reach to Amsterdam and Rotterdam.”