The Board of Directors of the California High-Speed Rail Authority (Authority) have approved the awarding of a contract for ‘Early Train Operator’ services to DB Engineering & Consulting USA. The Early Train Operator will assist the Authority with planning, designing and implementing the nation’s first high-speed rail programme. 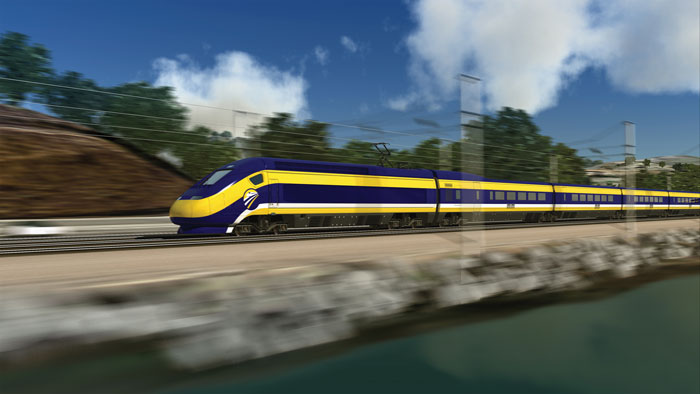 The contract will be performance-based, with a not-to-exceed amount of $30 million for the first phase of the contract. The Authority anticipates issuing a notice to proceed for this contract in the coming weeks.

Speaking after the announcement, Board Chair Dan Richard, said: “Today’s Board action is a major step forward for California’s High-Speed Rail Programme. Bringing on an Early Train Operator during the current design and development phase of the programme will allow us to infuse commercial thinking into the design of the system, including station layout, technical specifications, and strategies to improve asset performance and control costs. As far as we know, this approach of bringing a commercial operator into a design phase is unique for major infrastructure projects.”

DB Engineering & Consulting USA will act as Lead Operator, with its partner company, Deutsche Bahn AG (DB AG), acting as a guarantor. DB Engineering & Consulting has engaged Alternate Concepts, Inc. and HDR, Inc. as sub-consultants. DB AG has more than 750 affiliates, with its main companies offering global mobility and logistical services in over 130 countries world-wide. DB AG and its subsidiaries provide services in the fields of passenger transport as well as freight transport and logistics, and operate an extensive rail infrastructure. DB AG is a joint stock corporation; its shares are held entirely by the Federal Republic of Germany.

“Proposition 1A, the High-Speed Rail Bond Act, authorises us not only to construct a high-speed rail system, but requires that the system be a commercially viable enterprise that does not require an operating subsidy,” added Richard. “Many large infrastructure programmes are designed and built without sufficient attention to operating needs or operations and maintenance costs. This step of engaging an early operator allows us to design a system for optimum commercial performance.”

The 2016 Business Plan called for the engagement of an early train operator to ensure that its perspective is considered in the planning and design of track, systems, high-speed trains (rolling stock), and stations. Engaging an operator in early decisions on safety, operations, equipment and systems, fare structures and schedules, as well as other commercial and operating elements will ensure that the system is designed to operate as a safe and successful enterprise.

With more than 119-miles of active construction in the Central Valley underway, initial passenger service is planned for high-speed rail between the Silicon Valley and Central Valley.