The highest completed speed in Hyperloop tests is 240mph and Elon Musk is aiming to beat this by reaching 381mph in his next acceleration test. 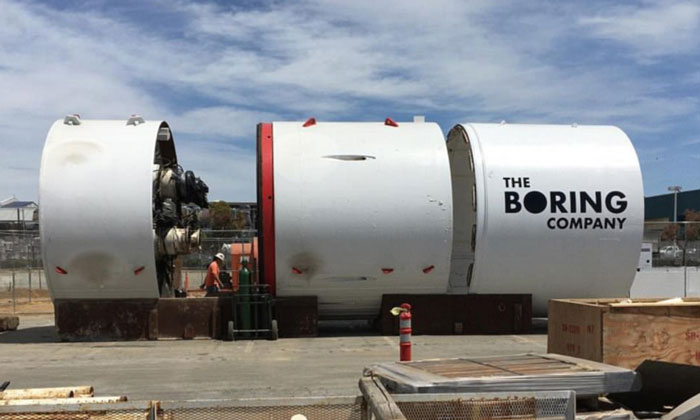 Elon Musk has teased a new test for Hyperloop transportation which will see a pod try to break the current speed record.

The test will attempt to accelerate the pod up to 381mph – which is half the speed of sound – and then brake back down within 1.2km – three quarters of a mile.

The SpaceX and Tesla CEO, tweeted: “This is kinda nutty for such a short distance, so it could easily end up being shredded metal,” demonstrating the level of risk involved in this kind of test.

The end goal for Hyperloop is a travelling speed of 700mph. Currently, Virgin’s Hyperloop One holds the record of the highest completed speed, at 240mph, therefore if Musk’s target is met, without the pod disintegrating, he will have set a new Hyperloop speed record.

The speed test is going to use a ‘pusher’ vehicle, which has previously helped drive student pods without motors to high speeds. In a test by itself, Musk said the vehicle had reached 220mph.

In the years since Musk first introduced the Hyperloop vision, many potential competitors have joined the market, including Hyperloop One, which became Virgin Hyperloop One after investment from Richard Branson’s firm back in October 2017. Just last week, a Canadian start-up, TransPod, announced its intention to raise $50 million for its own Hyperloop technology.

However, Musk has not been stationary in his developments. The American Public Transportation Association tweeted how Musk was poised to start a Hyperloop project in Maryland, with state officials issuing a conditional utility permit for The Boring Company to dig a 10.3-mile tunnel in the Maryland region.

The upcoming test will demonstrate the latest progress to have been made with the technology, and based on the level of success, could go some way to determining the validity of Hyperloop as a true contender in the future of transport.