This Request for Proposals (RFP) will provide an opportunity for the private sector to expand privately funded passenger rail service at no risk to Florida taxpayers. 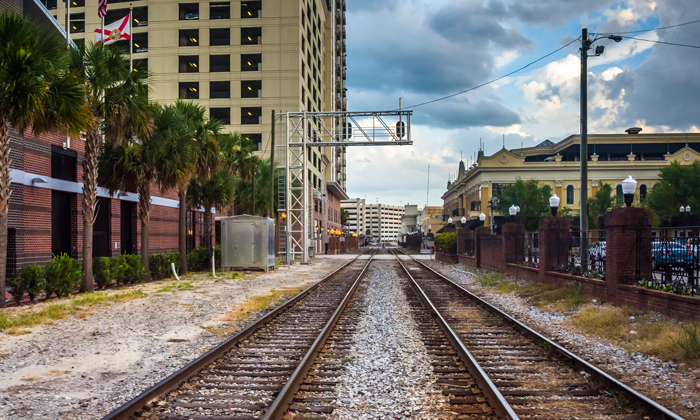 The Florida Department of Transportation (FDOT) has begun the process to allow for private investment in a new high-speed rail connection from Orlando to Tampa.

FDOT and the Central Florida Expressway Authority (CFX) received an unsolicited proposal to lease property owned by the state and CFX to build a high-speed train along Interstate 4. Based on this, FDOT is initiating an open, transparent procurement process so any private entities interested in leasing FDOT and CFX owned rights-of-way, to establish privately funded passenger rail service between Orlando and Tampa, can apply.

Governor Rick Scott said: “This is an exciting opportunity for Orlando, Tampa and our entire state. When I became Governor, the Obama administration was trying to use federal taxpayer dollars to pay for a rail connection that had an extremely high risk of overspending with no guarantee of economic growth. This is exactly what we’re seeing in California, a state which took this bad deal from Obama and in Connecticut, where taxpayers had to shell out hundreds of millions of dollars for their rail line. Our goal is for the private sector to invest in this project. Through private investment, we ensure that this major project has zero financial risk to Florida taxpayers.”

FDOT Secretary Mike Dew said: “The department is committed to creating a robust transportation system that meets Florida’s current and future needs. Privately-funded passenger rail will provide residents and visitors a transportation choice for one of the busiest corridors in the state.”

In 2011, Governor Scott rejected more than $2 billion of federal funds for a taxpayer-funded 84 mile government train from Tampa to Orlando, because the project would have exposed Florida taxpayers to millions of dollars of costs for decades. In other states that accepted funding, there were cost overruns and ongoing operation and maintenance costs. For example, the State of California accepted federal funding for a project that currently estimates costs to rise from approximately $33 billion to $98.1 billion.

Orange County Mayor Teresa Jacobs said: “Throughout my two terms as mayor, the improvement and expansion of our regional transportation systems has been a top priority. As a premier global destination for guests, families and business leaders from around the world, we’re committed to the creation of transportation infrastructure – including private passenger rail – that will serve our residents and guests seamlessly.”

Private intercity passenger rail service has been constructed and is currently operated in Florida at no cost to taxpayers. Interested parties will have 120 days to submit proposals after the RFP is released.