Handheld Group has been awarded the contract to supply Netherlands Railways with more than 10,000 rugged Nautiz handhelds… 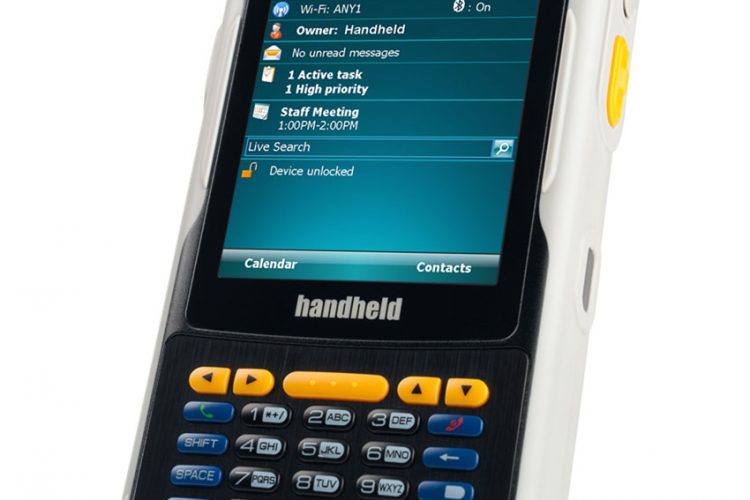 The Handheld Group has been awarded the contract to supply the Netherlands Railways (Nederlandse Spoorwegen, NS) with more than 10,000 rugged Nautiz handhelds, 6,000 of which will be the Nautiz eTicket Pro®, containing an Arcontia RFID module. The NS European tender was the largest tender in the world for rugged PDAs in the public transportation sector during the past 12 months and one of the largest projects in the world for rugged handheld devices for all business verticals. Consisting of a technical and commercial evaluation, competition included all the major global suppliers of rugged handheld devices. The Nautiz eTicket Pro was among the top of the evaluated units, with the e-ticketing knowledge of Handheld’s RFID partner Arcontia and the attractive pricing playing a key role in Handheld being awarded the contract.

“The Nautiz eTicket Pro provided the best of two worlds for us; a powerful PDA platform integrated with the latest generation Arcontia RFID module,” said Jasper van Zanten, NS Business consultant. “The combination met all the mandatory requirements in the tender and the commercial offer completed the package. Therefore, the complete picture suited our situation best.”

The contract was won by a consortium, HS Mobility, formed by Handheld Group together with the Dutch software partner company Sigmax B.V. Sigmax is a supplier of mobility software for the public transportation market and they contribute the third-line support to the project. The contract to supply more than 10,000 rugged PDAs extends over five years with the majority being deployed during 2011.

“We are extremely proud to have been awarded the contract to supply rugged handhelds for the Netherlands Railways,” said Jerker Hellström, CEO of the Handheld Group. “The tender and selection process has been very thorough and the competition for the contract has been fierce. This makes it especially rewarding to be declared the winner.”

The final round of the tender consisted of NS first-line personnel evaluating the devices that had been selected from the contenders. In a direct comparison, an overwhelming choice for the excellent ergonomics of the Handheld Nautiz PDA ensured tremendous initial user acceptance for the new Railpocket devices. All first line personnel will be issued their own personal device which they will use to support their daily activities like ticket control and travel information.

“The Nautiz eTicket Pro from Handheld was selected by the personnel that will actually be using the device, after we determined it met the requirements set in the tender,” said Jasper van Zanten of Netherlands Railways. “Especially at this scale, consulting the end users during the tender process is a pro-active way to create a solid base of user acceptance.”

The integrated smart card reader supports near field communication (NFC) for mobile applications, smart posters and tickets, including both passive reader mode and active peer-to-peer (P2P) mode. The built-in reader complies with all the latest e-ticketing requirements in public transportation, supporting a broad range of contactless standards, including the entire MiFare family.

The Nautiz eTicket Pro comes with an 806 MHz processor and advanced features such as an integrated 3-megapixel camera with autofocus, an integrated 2-D imager, WLAN, Bluetooth, 3G cellular capabilities and GPS. The operating system is Windows Mobile 6.1, and the device offers 256 MB of RAM and 512 MB of built-in Flash storage. It includes three integrated SAM (Secure Access Model) slots, which can work in parallel independently of each other for extended performance. The rechargeable 4400 mAh Li-ion battery provides more than a full day’s work on a single charge. The transflective VGA color display and touch screen provide sharp and clear resolution even while working outdoors.

“Contracts and orders of this magnitude strengthen our position in the public transportation market in particular, but also in all industry verticals. Winning the single largest contract for PDAs in Europe is something we’re elated to have achieved,” says Jerker Hellström.

Deliveries to NS will begin soon. The Nautiz eTicket Pro will also be shown at the UITP Public Transportation Conference and Exhibition in Dubai this week.