Cardiff and Valley Railway poised for the next frontier 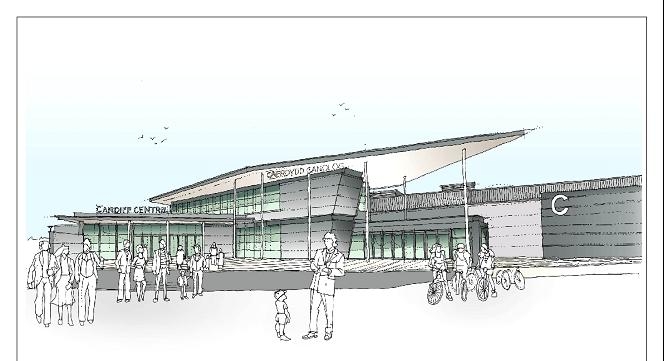 Network Rail unveils today a £200m plan to boost the rail capacity of the Cardiff and Valley area by 2015. The company is also welcoming support from the community and businesses on the largest programme of improvement work in the area. The congestion-busting scheme will remove the rail bottleneck on the city line, allowing extra four trains per hour to run through the Cardiff area. This will unlock the potential for more and longer trains to serve the Valley lines and to boost the railway’s capacity, bringing 600 more seats during rush hours.

Mike Gallop, principal programme sponsor for Network Rail said: “This scheme will take the railway in Cardiff and South Wales Valleys into the next frontier. The benefits of this scheme are huge as it lays the fundamental building blocks to unlock the untapped potential of this area, whilst paving the way for electrification and meeting a growing demand. Wales relies on rail – a reliable and robust railway forms a key pillar for a healthy economy and this scheme will help Wales continue to thrive.”

The scheme will modernise the dated signalling infrastructure to be compatible with electrification and the advanced European Railway Train Management System (ERTMS) respectively.

The existing track layout, built in the1930s, at Cardiff East Junction will also be untangled and extra tracks will also be built on parts of the railway in Cardiff and South Wales Valley.

The main engineering work will begin by autumn 2011 and is planned to be completed within three years and in time for new trains to be introduced to the Valley area by 2018.

Network Rail is currently tendering for different contractors, including signalling, buildings and track, to help deliver the scheme, whilst the detailed design plan is being finalised and some minor preparatory work begins onsite.