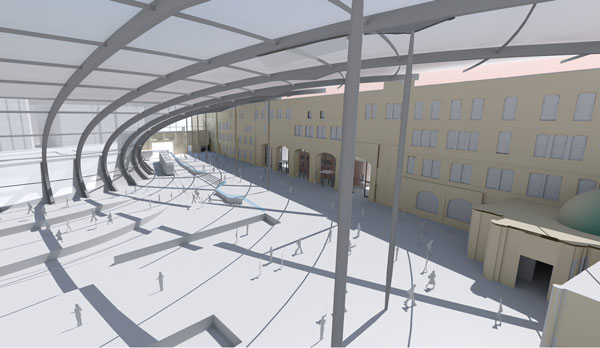 Network Rail today reveals stunning new images of the future station at Manchester Victoria. The announcement came on the day that George Osborne, MP for Tatton, visited the station to hear about the benefits rail investment brings to local people and businesses. Network Rail today reveals stunning new images of the future station at Manchester Victoria. The announcement came on the day that George Osborne, MP for Tatton, visited the station to hear about the benefits rail investment brings to local people and businesses.

The new visuals show how the station could look in less than five years time. They are an early indication of how the station could be transformed into a major regional interchange, with plans for wider investment being developed separately as part of the Northern Hub scheme. With this added investment, improvements to the railway in the region would top £700m, including newly electrified lines between Manchester and Liverpool.

Graham Botham, Programme Sponsor, Network Rail said: “This is great news for passengers at Victoria. The numbers of people using the station could double by 2019, with faster, more frequent trains eventually to Leeds and Liverpool as part of the Northern Hub plans, so we need a station that reflects Manchester’s vibrant city centre.

“Our plans see Victoria transformed by the end of 2014, acting as a further catalyst in an area where the Co-operative Group is regenerating 20 acres of land around the station. That’s why we have been working so closely with the city council and English Heritage to resolve any planning issues resulting from the station’s listed status.”

Our plan for the future of the region