Passengers urged to take care after increase in alcohol-related incidents

Newly released figures from Network Rail and the British Transport Police show a 30 per cent increase in alcohol-related incidents on the railway. 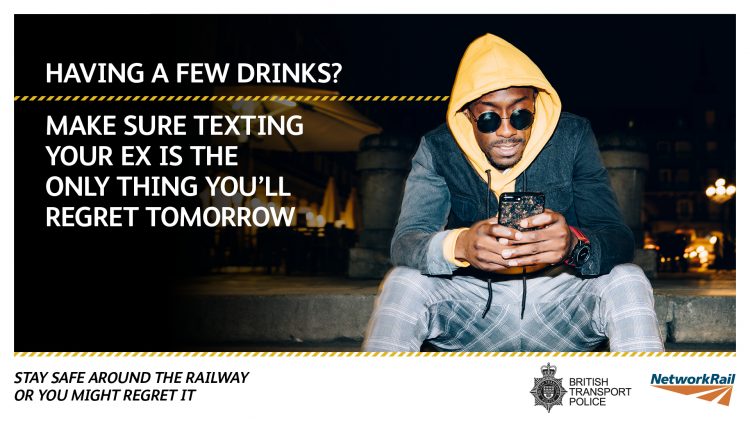 Following a 30 per cent increase in alcohol-related incidents on the railway, according to newly-released figures, Network Rail and the British Transport Police (BTP) are urging rail passengers to take care and consider fellow travellers.

Head of Public and Passenger Safety for Network Rail, Allan Spence, said: “The increase in alcohol-related incidents on the railway is a major concern, which is why we have joined with our colleagues at the BTP to urge passengers to stay safe over the festive period. Many of us would admit to doing things we regret after a few drinks, but the consequences of unsafe behaviour near the railway could last for much longer than just the morning after.”

The period before Christmas sees a significant spike in the number of incidents on Britain’s railways – including slips, trips, and falls at stations, as well as trespass offences.

British Transport Police Inspector, Becky Warren, said: “We want everyone to enjoy the festivities and whilst it’s the party season, we don’t want you to have any next day regrets. We’ve seen first hand that alcohol can really affect your judgement and after a few drinks people often take greater risks, which can lead to people getting hurt or even killed.”