The new legislation will provide $32 billion through to 2024 to help support the completion of California’s High-Speed Rail project. 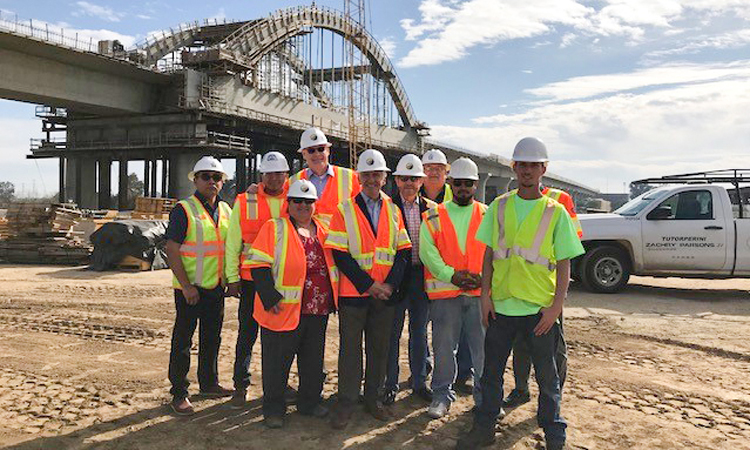 U.S. Congressman, Jim Costa, has announced the High-Speed Rail Corridor Development Act, a new legislation that would provide $32 billion for the funding of projects in federally designated high-speed rail corridors in California.

Costa said: “This legislation will provide the needed funding to finish California’s High-Speed Rail project. California is leading the nation in building modern, green train technology, which will get our cars off the road and improve our air quality. We must invest in our future for our health and our economy. We already see the benefits, with new business investments in our communities and more high-paying jobs. The 119-miles of construction has already employed more than 3,000 workers and supported 500 small businesses. This is the time to bring our transportation infrastructure into the 21st century. We can, and we will, get this job done.”

The new legislation is a re-authorisation of the High-Speed Rail Corridor Development Program and builds upon the success of the 2008 Passenger Rail Investment and Improvement Act and the 2009 American Recovery and Reinvestment Act (ARRA).

CEO of the California High-Speed Rail Authority (CHSRA), Brian Kelly, said: “Building transformative infrastructure projects – like high-speed rail – requires leaders with vision and determination. Congressman Costa has always demonstrated he has both when it comes to building clean, fast high-speed rail. His bill represents the kind of partnership we need with the federal government to get this important work done.”

By introducing the new act, the California rail project will benefit from $32 billion to be used up until 2024 for the High-Speed Rail Corridor Investment programme. The Secretary of Transportation is also authorised by the act to award grants for projects that are part of a state rail plan, encourage intermodal connectivity, and those with environmental benefits.

Lenny Mendonca, Chairman of the California High-Speed Rail Authority, said: “This administration remains committed to fulfilling the vision of the voters and completing the full Phase 1 high-speed rail system. Congressman Costa’s continued partnership to help us close the funding gaps to complete not only Valley to Valley but the entire project, puts us a step closer to that reality. Together, we look forward to bringing the tremendous economic, transportation and environmental benefits of truly high-speed rail to California.”