The photos show the first iconic structure on the high-speed rail alignment nearing completion – the double arches spanning the San Joaquin River that will serve as the gateway into Northern Fresno. 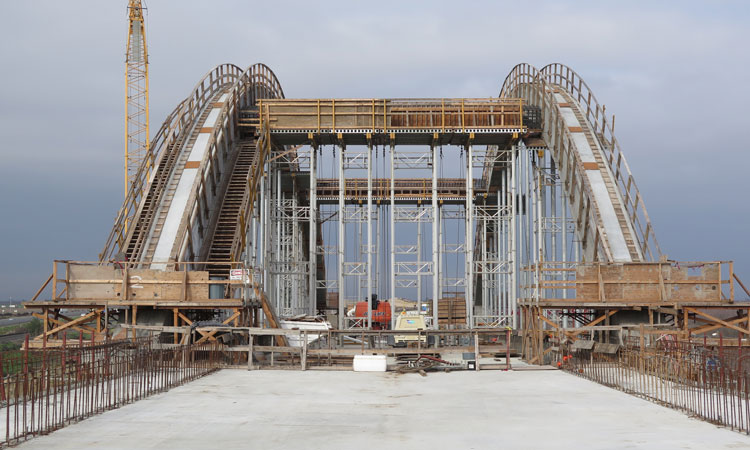 February 2020: In north Fresno at the San Joaquin River Viaduct, crews have begun placing concrete to form the center spans of the viaduct’s signature arches – representing the entrance into the City of Fresno. Credit: buildhsr.com

The California High-Speed Rail Authority (Authority) has released a series of photographs in its February 2020 construction update, showing progress made on California’s high-speed rail line, which will connect the mega-regions of the state, contribute to economic development and a cleaner environment, create jobs and preserve agricultural and protected lands.

When completed, Phase 1 of the high-speed rail line will run from San Francisco to the Los Angeles basin in under three hours, at speeds capable of over 200mph. The network will eventually extend to Sacramento and San Diego, totalling 800 miles with up to 24 stations. In addition, the Authority is working with regional partners to implement a statewide rail modernisation plan that will invest billions of dollars in local and regional rail lines to meet the state’s 21st century transportation needs.

In north Fresno at the San Joaquin River Viaduct, construction crews have begun placing concrete to form the centre spans of the viaduct’s signature arches – representing the entrance into the City of Fresno. Crews have also begun stripping the falsework of the arches on either side of the viaduct. 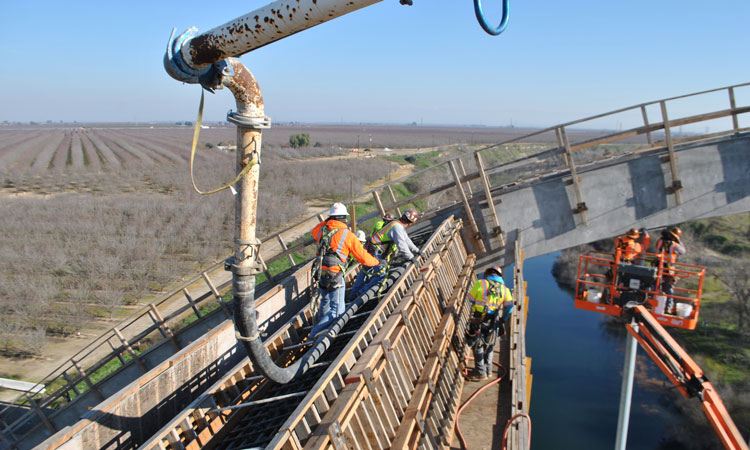 At the edge of Madera County, just north of the San Joaquin River Viaduct, construction crews continue to haul in embankment/dirt to form the mechanically stabilised earth (MSE) walls of the future overcrossing at the Avenue 7 and Road 33 intersection.

Construction crews are currently pile-driving concrete production piles at the northern portion of the Hanford Viaduct, near Grangeville Boulevard. Nearly 7,000 production piles are required to provide foundation support for the Hanford Viaduct, which will allow high-speed rail trains to travel over Grangeville Boulevard, the San Joaquin Valley Railroad and State Route 198.

Construction crews working on Construction Package 4 have now poured 465 cubic yards of concrete to form the deck at the Garces Highway Viaduct. With the concrete now cured, crews are working on installing post-tensioning ducts and rebar to form the structure’s stems. More concrete will be poured later in February 2020.