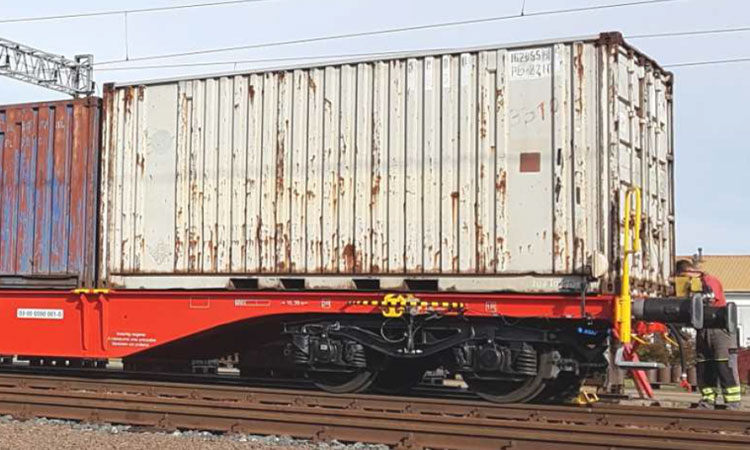 The test results grant the Russian group of railcar companies the right to start with the European Union Agency for Railways (ERA) the official certification procedure and fulfil its contract to supply 270 rolling stock units to the largest railway operator and infrastructure owner in Europe.

In August 2019, the prototype flat cars were sent to the VÚKV testing facility in the Czech Republic. There, the rolling stock underwent a series of tests for compliance with TSI WAG and TSI Noise (Technical Specifications for Interoperability) requirements, a process that lasted for several months and included brake tests, strength tests under static loads, impact tests, noise tests and other tests. The Tikhvin Freight Car Building Plant, in its turn, also underwent a successful audit of its manufacturing and quality processes by VUZ, a Czech notified body accredited by ERA, being awarded with TSI compliance certificates for the Sggrs80 articulated flat car it intends to produce.

The Sggrs80 six-axle articulated flat car, which is 80-feet in length, is on par with top models from around the world in terms of its technical specifications. Thanks to its articulated design, the car has a load capacity of 108 tonnes, and a range of solutions that are atypical for European car manufacturing and allow it to efficiently and safely transport various size categories of ISO containers, tank containers and intermodal SWAP-bodies with a length of between 20 and 30 feet and a gross weight of up to 36 tonnes, or with a length of 40 feet and a gross weight of up to 40 tonnes. The flat car is equipped with hinged twist locks in accordance with European standards for loading containers in various combinations. The car has a bogie with a 22.5 tonne-axle load for operation on the 1,435mm track gauge. The car was designed by specialists working at the All-Union Research and Development Centre for Transportation Technology (VNICTT, a member entity of the UWC group).