2021: The turning point for the European rail industry

With the ‘European Year of Rail’ already underway, Alberto Mazzola, Executive Director of the Community of European Railway and Infrastructure Companies (CER), writes that, during this busy year for the European rail community, focus must be on recovery and development to make Europe’s rail ambitions become reality.

‘The inaugural trip of the first steam locomotive towards Brussels started on Saturday 13 June 1846 in Paris, at Saint-Lazare train station, at half past seven of a sunny morning’ – this is how Professor Orlando Figes starts his 2019 book titled The Europeans1. A must-read for the Brussels bubble and for all of those who want to go back to the historical roots of European culture, Figes’ book singles out two particular variables as key drivers for the creation of a truly European culture: Italian opera and railways.

We can leave it to better commentators to elaborate further on Italian opera, but we certainly can take the author’s viewpoint on railways as a good inspiration for the European Union’s (EU) work on rail policy during 2021, which has recently been established as the European Year of Rail. Indeed, if railways kickstarted the makings of a connected, cultural Europe 175 years ago, their role today is far from exhausted.

Nowadays, railways embody all the right features to be the backbone of European mobility, providing safe and sustainable transport solutions to citizens and companies alike.

Nowadays, railways embody all the right features to be the backbone of European mobility, providing safe and sustainable transport solutions to citizens and companies alike. Investment in research and innovation is steadily increasing, providing for continent-wide interoperability the highest possible safety and accessibility standards, higher running speeds and widespread digital solutions for easier booking, secure tracking and onboard connectivity. Rail is rightly acknowledged by the European Green Deal as a central part of the solution in view of reducing the EU economy’s carbon footprint and as the transport mode around which the ambitions of the EU Strategy for Sustainable and Smart Mobility can become a reality.

Rail’s future will be Europe’s future

The year 2021, in particular, under the aegis of the European Year of Rail, will see the Community of European Railway and Infrastructure Companies’ (CER) members doing their utmost to reach out beyond Brussels’ city limits to the wider audience of EU citizens, freight forwarders, academic communities and cultural institutions to tell them what the ambitions of railways are, and how rail’s future will be Europe’s future.

In Brussels, we will have to keep key issues high on the agenda on several legislative fronts, on the basis of clear and urgent priorities of the association. In particular, CER will energetically support the further development of long-distance transport between Western and Eastern Europe; thereby also favouring the completion of the European high-speed network connecting major EU cities and enhancing the capacity and speed of transit cargo passage across the EU.

In this context, the completion of North-South European corridors and cross-border TEN-T projects must speed up. This needs to go hand-in-hand with the financing of important TEN-T rail projects, using all possible funding sources – be they at the EU level, at a national level, or stemming from the private sector. In this last regard, we look forward to an enforced taxonomy that will reorient private capital towards greener investments, including in rail.

In addition, it is imperative to find the means to accelerate European Rail Traffic Management System (ERTMS) deployment by at least a factor of 10, so as to be able to offer the rail community (and the community of public and private investors) a completion date. Newer technological solutions must be investigated (also thanks to the initiative of Shift2Rail) to provide, among other things, for Digital Automatic Coupling and Mobility-as-a-Service (MaaS) solutions.

It will be a dense, energetic year for the European rail community. CER will lead the way with its voice and the strength of its members. We look forward to making the good EU ambitions a reality.

Of course, we cannot forget that we are still recovering from the impact of the worst pandemic that the world has seen in centuries. Freight operators experienced huge drops in their turnover and passenger operators (along with all other public transport operators) suffered even more, almost halving their revenues, with dire effects on infrastructure managers, too. Special aid schemes have been established by the European Commission (EC), which, to some extent, also benefitted rail, and, of course, we cannot forget that the EU managed to put together the firepower of the biggest single EU budget line ever seen – the Recovery and Resilience Facility – which, if well used and quickly absorbed, can definitely help Europe’s economy get back on its feet. Yet, we will certainly have to assess the extent to which railways will ultimately be present in the national Recovery and Resilience Plans that are to be submitted to the EC by 30 April 2021. Beyond that, we will have to agree with the EC what extraordinary aid measures taken so far will have to inspire structural, ordinary measures that will accompany the slow recuperation in the upcoming years.

It will be a dense, energetic year for the European rail community. CER will lead the way with its voice and the strength of its members. We look forward to making the good EU ambitions a reality.

Alberto Mazzola has been the Executive Director of the Community of European Railway and Infrastructure Companies (CER) since 1 January 2021. He holds a Master’s in Business Administration and a Doctorate cum Laude in Nuclear Engineering from the Politecnico of Milan. In 2002, Alberto joined Ferrovie dello Stato Italiane (FS), where he held different positions. In his last role as Head of International Government Affairs, he was based in Brussels, dealing with international affairs and European legislation, market regulation and technical standards. Before joining FS, he contributed to the worldwide business section of Leonardo Finmeccanica (1988-2002). Active in the European Economic and Social Committee (EESC) since 2015, Alberto was Vice-President of the Transport, Energy and Service of General Interest Section and President of the International Trade Agreements Follow up Committee until September 2020. He has been serving as Member of the EESC’s Consultative Commission on Industrial Change, representing CER, as well as Business Europe, since January 2021. 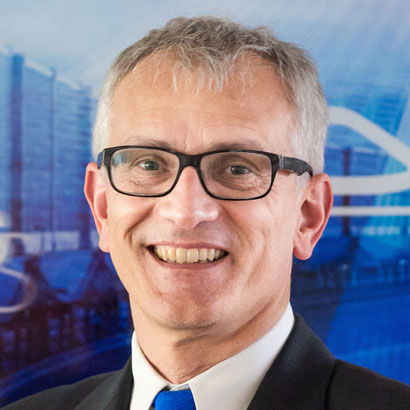