A deadly shot: The danger of photography at level crossings

Megan Drayton, Foundation Manager of TrackSAFE Foundation New Zealand, discusses how the increasing popularity of rail tracks and level crossings as a fashionable backdrop in the age of modern photography, creative media and even selfies is seeing lives put at risk. 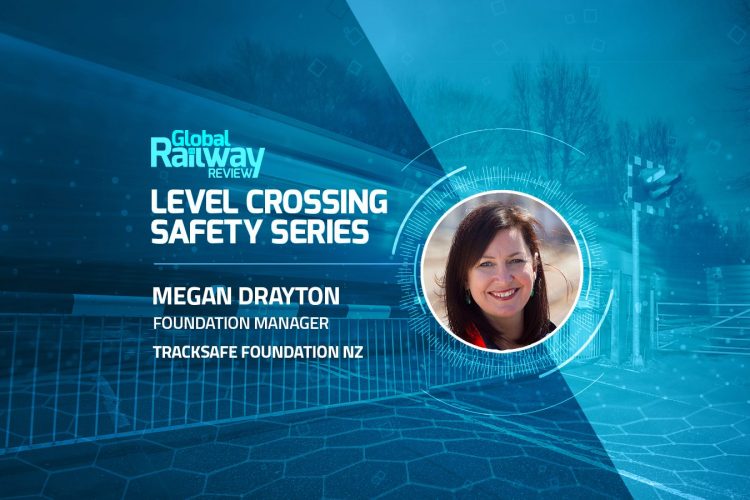 Some say that train tracks and level crossings have it all when it comes to the perfect location for photography and video. They can be scenic, urban, edgy and often seemingly quiet. They are also symbolic of a journey, which is fitting for milestones like weddings and graduations. But, unrealised by many, they also present a very real danger and illegality.

Sadly, taking photos on train tracks is a mistake that many do not live to regret”

Shooting creative campaigns on train tracks and level crossings is a growing issue, both globally and in New Zealand. Almost every week, we are contacted about people using railway tracks as the backdrop to their fashion label launch, music video, wedding photos or media story.

Trespassing on the rail corridor is the leading cause of rail deaths both in New Zealand and overseas and, with a rise in the use of smartphones and selfies over the last decade, capturing a track shot is easier and more popular than ever before.

Sadly, taking photos on train tracks is a mistake that many do not live to regret, with numerous deaths reported in the media over the years.

In 2015, a teenager was killed taking photos with his girlfriend and sister on an apparently ‘quiet railroad’ in Maryland, U.S. They weren’t expecting a train to come around the bend travelling at 70mph.

In 2018, a gym trainer was hit while taking selfies on the tracks in India, and a Thai woman died on the tracks the same year in Bangkok.

In New Zealand, a train enthusiast was killed in 2013 after standing in the middle of the tracks to capture a quick snap of a historic locomotive.

These deaths are tragic, but even the number of near misses is cause for concern.

In 2020, children in Italy were caught taking selfies lying down on the tracks as part of a game. A couple in the UK posed on train tracks on their wedding day – a decision which saw them unwittingly used as part of a rail safety campaign by British authorities, which was picked up by media around the world. 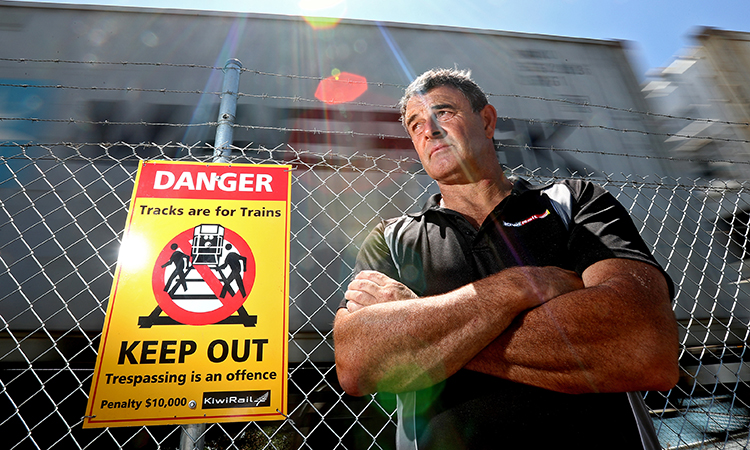 With a growing trend of people documenting their lives online, there is a drive to find creative new locations, backdrops and poses, and train tracks are proving alluring”

Social media doesn’t help, with hashtags on Instagram such as #railwaytrackshoot and #traintracks eliciting many photos of people posing on tracks, including children and even pets. With a growing trend of people documenting their lives online, there is a drive to find creative new locations, backdrops and poses, and train tracks are proving alluring.

The unpredictability of trains is what many do not grasp. In New Zealand, our trains don’t necessarily run to an exact schedule. Nor do people comprehend how difficult it is to accurately judge a train’s speed, particularly in more open, rural areas. There is a split second between ‘safely’ posing on the tracks and putting your life in danger, and it seems to be human nature to over-estimate our physical ability to get out of the way in time.

Those in the industry know that trains cannot stop in a hurry, sometimes taking up to one kilometre to come to a complete stop. The toll that fatal incidents and even near misses take on the mental health of our locomotive engineers and on victims’ families is huge. Sharing their stories of grief, loss and emotion has been a powerful tool that we have used to help to get the rail safety message through.

One of TrackSAFE’s key roles is to educate and raise awareness of safety around rail tracks and level crossings. We’ve had multiple opportunities recently to share our message. In February 2021, New Zealand fashion brand Augustine was criticised in the media for posting a photo on social media of a model posing on train tracks.

Augustine’s response was to post a second photo standing beside the tracks, rather than directly on them. They justified their actions by saying that they made sure that there were no trains in sight – a common refrain from those trespassing on tracks.

Augustine later deleted the two posts and issued an apology. It was heartening to see members of the public be quick to call them out for an act that they recognised as illegal, irresponsible and not setting a good example. However, there were also plenty who sided with Augustine, saying that it was ‘political correctness gone mad,’ as they didn’t see the danger of the act. 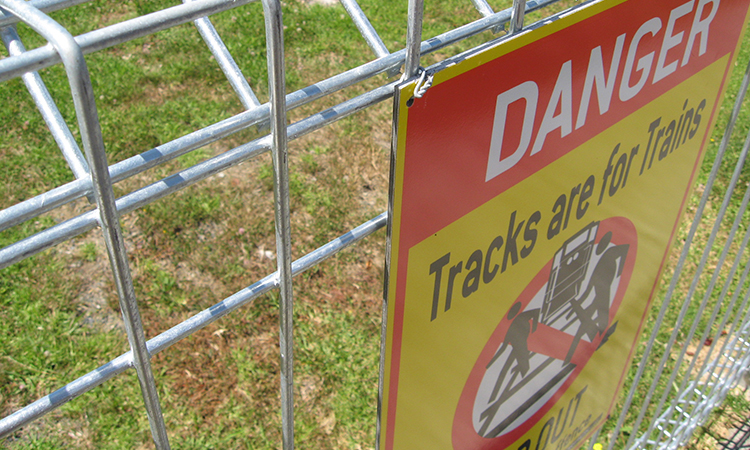 In the same month, well-known New Zealand musician Stan Walker came under fire in the media for filming one of his latest music videos on train tracks. TrackSAFE had initially contacted his record label and video director privately to voice our concerns. The video featured Walker and several children walking down the middle of the tracks.

The film crew had failed to obtain permission from the rail network owner KiwiRail and was therefore trespassing on the rail corridor. Since the issue was brought to light publicly, the video has been deleted from online music channels.

Those examples have heightened our concerns that train track photography and videos, promoted through mainstream media channels by well-known brands and personalities, could contribute to normalising it and subsequently increase the risk of copycat behaviour by fans and customers.

But it’s not just private companies and individuals making this potentially fatal error. In 2018, a New Zealand city council shared an advertisement showing a woman casually strolling across train tracks with no dedicated crossing. The Napier City Council removed the video and apologised for the error when it was pointed out.

TrackSAFE is taking action and planning a campaign to build awareness of the dangers of taking photos and video on train tracks and level crossings. Our primary target will be professional photographers, videographers and those in the marketing/advertising/creative industries. We also have an opportunity to use this group as influencers and advocates to get the message through to amateur photographers and social media posters.

With track trespassers often not even aware that what they are doing is illegal, education will also be a key objective of our campaign.

We accept that we won’t solve the problem overnight. But, with some consistency and persistence over time, we are hoping that New Zealanders will sit up and take notice – and stop taking photos on railway tracks. People’s lives depend on it.

Megan Drayton is the Foundation Manager of TrackSAFE Foundation New Zealand, a New Zealand charitable trust that aims to educate and raise awareness about safety around railway tracks and trains. 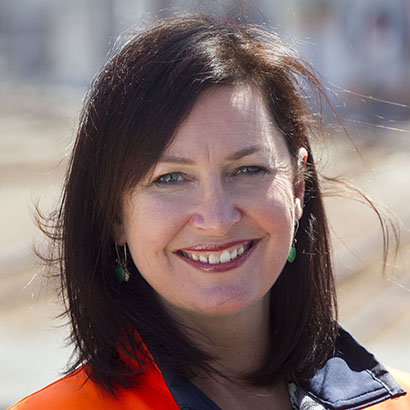