Projects, campaigns and programmes to improve safety at level crossings in Austria

Herbert Ofner, Safety Spokesperson at Austrian Federal Railways (ÖBB), details the multifaceted approach that the organisation has taken to increase safety at level crossings throughout Austria, and the value of asking all crossing users to consider the situation from other user’s viewpoints. 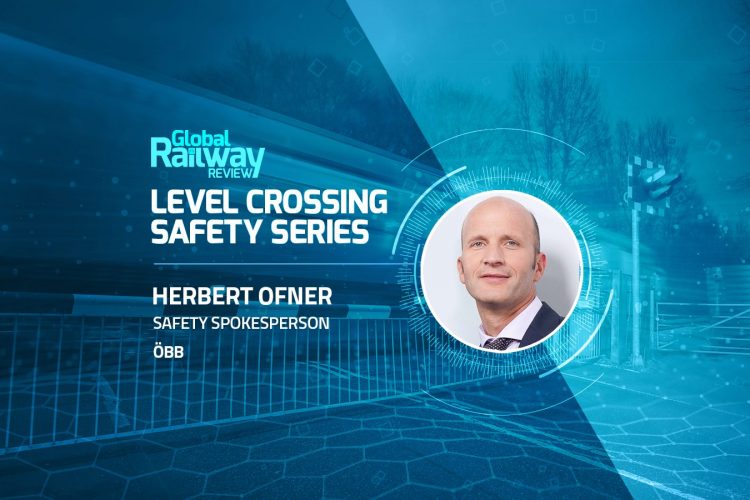 The number of level crossings in the Austrian Federal Railways (ÖBB) network is decreasing every year, which means more safety for road users. Currently, there are approximately 3,100 level crossings. In 2020, 56 level crossings throughout Austria were closed or replaced by bridges or underpasses. This is more than twice as much as the average of 25 each year. ÖBB-Infrastruktur is also focusing on technical and awareness-raising measures to prevent dangerous situations.

More than a third less accidents since 2008

In 2008, there were 108 accidents and 19 deaths. Although safety is increasing overall, there were still a total of 66 accidents at level crossings (12 of which were fatal) on the ÖBB network in 2020. However, the most frequent causes of accidents continue to be carelessness and distraction on the part of road users. Moreover, habit makes people careless, with locals using level crossings every day being particularly at risk.

In addition to reducing the number of level crossings, we are therefore focusing on technical and, above all, awareness-raising measures to increase road users’ attention at level crossings.

Examples of technical measures aimed at increasing attention include:

optical ‘barrier’. As soon as a train approaches, the lights are activated.

Red light monitoring of level crossings with radar-based cameras, in cooperation with the executive, is a further step to improve traffic safety set by ÖBB.

The criteria for the selection of the locations are:

The data remains with the police and is not forwarded to ÖBB-Infrastruktur. Systems are currently installed at 100 locations throughout Austria.

In addition to investments in underpasses or overpasses, as well as traffic light and barrier systems, ÖBB-Infrastruktur is increasingly focusing on awareness-raising measures to prevent dangerous situations from arising in the first place.

Through awareness-raising measures and campaigns, we want to show road users how dangerous it can be if rules for the safe use of level crossings are not observed. We primarily address young road users and therefore use direct dialogue with schools, posters at our railway stations and campaigns on the internet and on social media. The media are also important partners for raising awareness across all communication channels, such as print, the internet, cinema spots etc.

Awareness campaign: ‘Take care of yourself’

Every year, at the start of school in the autumn, a campaign is launched that is specifically aimed at pupils, students and young adults. Unfortunately, young people often put their lives at risk as a result of inconsiderate action and misunderstood tests of courage. ÖBB-Infrastruktur therefore relies on increased education on many levels. The four most important safety messages of our campaign are:

At the heart of the campaign is the website www.passaufdichauf.at.Under the link ‘Caution Level Crossing – Safety First’, visitors will find lots of tips and information on raising awareness about level crossings:

Another link leads to an emotionally designed 60-second video, which shows the fatal consequences of carelessness at a level crossing. The folder ‘Take care of yourself’ is also available for download and deals with safety on railway premises. Each year, at the beginning of the campaign, these folders are distributed at railway stations and in schools.

The subject ‘Show what you can do. But not at level crossings’ focuses on the correct behaviour at level crossings. It shows a biker jumping very high with his bike and on the next picture a shattered helmet at a level crossing. These subjects hang in the form of posters at railway stations and Park & Ride facilities.

Adult road users are also an important target group in the efforts to further reduce the number of accidents at level crossings. In recent years, on the occasion of the International Level Crossing Awareness Day (ILCAD) event, ÖBB-Infrastruktur has produced various videos that dramatically illustrate the consequences of incorrect behaviour at level crossings (e.g. a video of a crash, a video comparing the braking performance of train and a car).

The aim of the ‘Taking the driver’s perspective’ initiative is to sensitise driving school instructors and owners – important multipliers – to the issue of correct behaviour at level crossings. Within the framework of a cooperation between ÖBB-Infrastruktur and the umbrella organisation of driving schools of the Austrian Federal Economic Chamber, since 2015, every year when ILCAD takes place, driving instructors have the opportunity to take part on a route with a high density of level crossings. A highlight of this is that they are able to stand next to the train driver and thus see things from his perspective. They were able to experience for themselves what it means when a car or motorcyclist drives over a level crossing without paying the necessary attention and the locomotive driver has neither the opportunity to avoid it nor to brake in time. This special trip every year raises a lot of interest.

The aim of the cooperation is to make future drivers aware of the special situation at level crossings and to sharpen their awareness of possible dangers (‘train the trainer’) during their training. Meanwhile, the participation of driving school instructors is a recognised training measure offered by the chamber of commerce; for them, it is part of their further education.

What to do if you are blocked in by the barrier?

If drivers comply with road traffic regulations, dangerous situations will not occur at crossings secured with barriers. However, if car drivers are blocked in, there is only one thing to do: accelerate and break through the barrier. ÖBB-Infrastruktur produced a video on this special situation and the correct thing to do, together with partners such as the ÖAMTC (Austrian Automobile Club), the KfV (Board or Trustees for Road Safety) and the Federal Ministry of Transport.

Together with our partners, we try to focus on this issue at least once or twice a year to raise awareness.

ÖBB-Infrastruktur has been successfully reducing the number of accidents for many years. It is the result of a mix of measures consisting of abandoning railway crossings, investments in underpasses or overpasses and technical and awareness-raising measures to prevent dangerous situations. The number of injured and fatally injured people has fallen sharply in the last 10 years – this shows that we are on the right track. We will therefore continue to do everything that we can to further reduce the number of accidents. Because every single victim is one too many.

Herbert Ofner works in ÖBB-Infrastruktur’s Communications department and is responsible, amongst other things, for communication and campaigns concerning safety at railway crossings. He started his career at ÖBB in 2007 as a spokesperson for rail infrastructure at ÖBB-Holding.