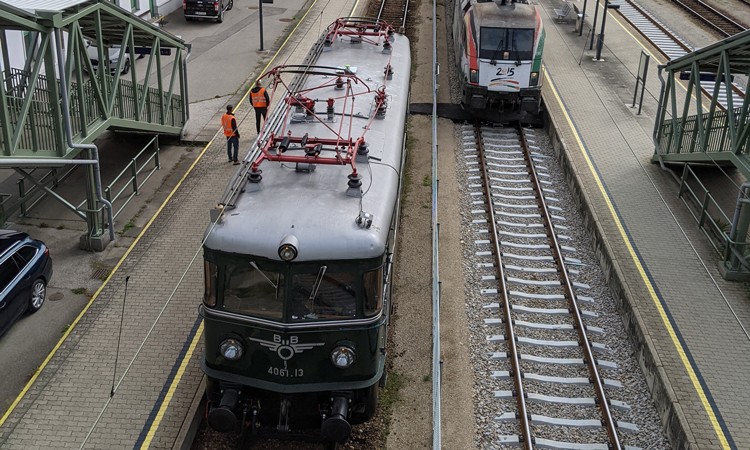 In this article, we outline the efforts of ÖBB-Infrastruktur AG in the context of railway systems for regional lines. In the first part of the article, we describe our starting position and provide an overview on our working hypotheses. The second part of the article then focuses on a possible implementation of the proposed system, in particular a Tokenised solution.

Regional lines make up approximately 1,400km (~30 per cent) of Austria’s rail network and are essential for an attractive regional offer of people and cargo transport. Furthermore, these lines bear a big potential nowadays to support decarbonisation initiatives. Based on actual trends, a growing demand for capacity on these lines is expected for the near future. On the other hand, these infrastructures are equipped with legacy systems. The management, maintenance, renewal, and operation of these regional lines are often carried out with minimum investment, not enabling the anticipated capacity increases. In fact, heavily used regional lines are almost as complex and costly as main lines.

Current developments in technology, such as the Internet of Things (IoT), 5G, smart artificial intelligence (AI) devices and blockchain pave the way to completely rethink the general concept of railway operations. On many Austrian regional lines, the regular renewal cycle is approaching. Therefore, ÖBB-Infrastruktur AG must define and develop a suitable approach, that will enable an effective and lean railway network with significantly lower operating and maintenance costs, while providing more capacity at same or better safety levels than today. The resulting architecture of this initiative will be the basis for planning throughout the next decade(s).

The first step in this direction is the publicly funded R&D project ‘Towards automated Railway Operations (TARO)’ that is backed by Österreichische Forschungsförderungsgesellschaft (FFG). The project is driven by a broad consortium of medium-sized partners and scientific bodies such as AIT, EBE-Solutions, Super Computing Company and FH Wels. The project envisages and specifies the new regional railway system as a whole. In parallel, the generated ideas and proposed approaches are technically and methodically challenged in demonstrators. Through this agile approach, concepts are either withdrawn or further pursued in field tests.

The first working hypothesis of this R&D project is to massively reduce the number of physical elements in the field (light signals, axle counters etc.) by either virtualising them or reducing the number of elements wherever possible. A second focus is on the cost of the remaining elements. Wired connections are replaced by wireless connectivity thus reducing the cabling. Since field elements not only require a data connection, power supply is also targeted in this project by evaluating autonomous supply and energy harvesting possibilities.

The second working hypothesis of the project is to considerably reduce the number and complexity of rules within the core safety logic of the envisioned new CCS System by following a lean approach. The remaining rules are based on the ETH Zürich master thesis ‘Railway Operations by minimal Rules’ that is substantiated and extended. In general, a proposition of this system is to keep the number of variations of elements, processes, and methods, as well as the procedural exceptions and special handlings, as low as possible. Thereby, programmatic complexity is reduced, and the solution can easily be componentised.

The third working hypothesis of the project is to comply with European standards. Hence, any operator with ‘ETCS Standard-Equipment’ should be able to operate on these lines without any additional adaptions. This led to the conclusion that the new system is functionally based on ETCS Level 2 only, i.e., we assume standard ETCS onboard equipment and follow the ETCS processes, although they will be delivered by different methodical and technical approaches than today. The system design and the employed interfaces between the planned components are based on the EULYNX‑Standard Communication Interfaces (SCI) as well as the Reference CCS Architecture (RCA). Processes and definitions are oriented on Linx4Rail to ensure a future proof approach.

After setting the scene, in this second part of the article we want to particularly focus on a new implementation approach, which we are currently investigating in the context of the regional railway system. The proposed system architecture is based on a fully decentralised model. We expect such a system to inherently be more resilient against physical or networking issues as well as the used logic and code. The system is based on components from blockchain technology, which provides established and tested functions for many of our technical requirements.

In the first stage, we employ blockchain as a networking and distribution mechanism. blockchain, by its decentral design, already has many functionalities to discover other nodes, integrate them, monitor their reliability, and communicate with them in a secure and encrypted way out of the box. The usage of a tamper‑proof storage is a beneficial side effect, i.e., any information, state or data that has been distributed via this network is already tamper-proof logged and causes legal certainty.

In the second stage, the system will be extended to incorporate logic and rules inside of Smart Contracts. Smart Contracts are code‑structures within the blockchain that cannot be modified unnoticed and are always guaranteed activated once the according triggers are set. They are functionally acting like a centralised logic, but are processed on many distributed nodes due to the consensus mechanism of the blockchain. Thus, they are acting as an ‘m-out-of‑n-computer’.

Based on Smart Contracts, we envision using Non Fungible Tokens (ERC 720) to reflect individual pieces of infrastructure (virtual subsections) that are managed in this system. We choose this paradigm since a Token can only be ‘owned’ by one party at one point in time, thus ensuring exclusive usage.

Irrespective of when this new railway system will be available in production, the equipment of the railway lines that will be upgraded soon needs to adhere to a technical level defined in this R&D project that enables its usage in, and with, these new systems.

Our exhibited approach consists of the usage of newly available technologies and their anticipated capabilities within the next years while relying on the existing and upcoming procedural standards and interfaces, namely ETCS, EULYNX and RCA. In general, the term lean, decentralised ETCS is the most suitable denomination.

Tokenised solutions close the circle to the rail domain, as Tokens are no novelty within this domain but have, for a long time, been used physically as foundation of safety systems. Therefore, the well-known physical Token will find its new digital home as virtual Token (NFT) in the regional railway system we are working on.

Gerald Schinagl started his career in media and aviation, acting as Enterprise Architect and Airport CDM – Manager at Vienna International Airport. Changing to ÖBB, Gerald took the role as a Digital Innovation Manager, later founding and now co-heading the department of Digital Innovations where he specialises in data science, simulation and blockchain.

Martin Taranetz, together with his team, manages the lifecycle of all operational, as well as public, mobile networks within ÖBB. Furthermore, he is Programme Manager of the innovation programme for a cost-efficient CCS solution on regional railway lines.