Signalling: Status of ETCS in Austria

When planning first began to implement ETCS Level 2 in Austria, ÖBB – the Austrian Federal Railways – was also faced with the challenge of creating and adapting its operational rules and procedures at that time. Therefore, in parallel to the technical projects for GSM-R, infrastructure and rolling stock etc., a project known as ‘ETCS-operations’ was started to define the ‘operational requirements for ETCS’ as a basis for the call for tender and also to close the gap between existing conventional rules and future ETCS rules and procedures. Beside this major task, this project was also responsible for defining how to work in a degraded mode, how to operate an RBC (Radio Block Centre) and how to handle failures.

The first fixed-target was to create ‘independent’ rules which meant that in one situation an actor should operate in one way, independent of the usage of the system. This was absolutely necessary because some parts of the network are covered by train control systems, ETCS Level 2 and the conventional PZB system.

In parallel with the development of the SRS, a test-line in western Austria was implemented where all equipment for infrastructure and rolling stock was tested against the relevant SRS and operational requirements. This line was ready with the first Thales RBC baseline in October 2010, and the first truly ETCS Level 2 guided (test) train in Austria operated on this line on 15 October 2010.

These tests were carried out by a so-called ‘power-user’ team – a group of specially trained signal-men, signalling engineers and drivers. This team worked together in all test-cases, supported by experts from the ‘system integrator’, an external company with excellent knowledge in ETCS technology and the relevant SRS.

From the very first steps, each test of each function was divided into several steps, checked against the SRS and the rules, and afterwards described in a test-protocol. Before performing the real tests of a test-sequence, all actions and expected results were discussed among the power-user team. All test results, especially those which were unexpected, were detailed and described by the team for analysis by the different suppliers or for certificate-documentation.

The first step was to test the infrastructure against a certificated loco with ETCS baseline 2.3.0d. After this was reached, the new Austrian RST, not just the ones from ÖBB, could be tested against the RBC.

But the interoperability between infrastructure and rolling stock was not the only element to be tested; the proper working of the interfaces between RBC and the different kinds of interlockings (electronic and relay), was a main target of the test-period.

For nearly two years, the functions of the RBC have been improved step-by-step to reach a status which now allows the signaller to ‘forget’ the RBC in normal operation as the whole work between interlocking and RBC is done automatically.

Also, some additional functions have been created in the RBC, which simplify the signallers work in a degraded mode, e.g. a technical command to run on sight or to change from train mode to shunting mode. Temporary speed restrictions or catenary restrictions can be commanded with just a few mouse-clicks.

In parallel to all the technical tests, the power-user team had to consider the rules and procedures. During the test period some functions had to be modified, extended and reduced. According to this, all rules and procedures have been updated in close cooperation with the Austrian NSA, who was finally responsible for their approvement.

The first test runs on the new high-speed lines started in March 2012 and were on-going to the end of October 2012. The ÖBB tests were performed in parallel with the tests of other RUs that also want to commence ETCS Level 2 in Austria. In December 2012, ÖBB had the capability to drive ETCS in Austria, but so did other RUs such as WESTBAHN GmbH.

On 9 December 2012, the first commercially-operated train (a RAILJET 363) with ETCS Level 2 ran, marking a new period for ÖBB using train control systems. Now, between 250 and 270 trains per day operate with ETCS Level 2 on the Austrian network, most of them with high-speed and high priority. To give an impression of the quality provided – the delay-minutes caused by ETCS problems are on average less than 200 minutes per month!

A lot of work has been achieved so far, but there is no time for rest. The next challenges for ÖBB and the project team are to complete the lines and functions still in operation, e.g. to close the gap between Wörgl and the German border, and to implement reversing.

This covers not only – like in many ETCS Level 2 projects – a new high-speed line, but also existing conventional lines with stations that have many points and tracks. These existing lines were still in operation during the implementation of ETCS and run mixed traffic runs along all of these lines such as high-speed trains (up to 230km/h on the new lines and up to 160km/h on the existing lines), normal passenger trains, freight trains, and commuter trains.

In parallel with ETCS Level 2, ÖBB finished two of the remaining ETCS Level 1 projects, on the Wels–Passau line and a part of the western main line near Salzburg between Vöcklerbruck and Strasswalchen. This Level 1 project began in the last decade and is now finally in commercial operation.

The main issue with ETCS Level 1 in a decentralised implementation like ÖBB has in Austria is the life-cycle costs, for example the installation of temporary speed restrictions, as they are entirely opposite of ETCS Level 2. ÖBB has to invest a lot of time and money to secure one TSR with many balises on the line in Level 1, against some short command input into RBC from the signal man in Level 2.

Another ETCS Level 2 project is on-going on the RFC 7 (Czech border–Vienna and Vienna–Hungarian border). This is also an existing line with conventional lateral signalling. ÖBB began to tender this project in December 2011, resulting with Siemens being named as the chosen supplier in July 2011. Operation of ETCS on this line is planned for mid-2014, and the first level crossings on an ETCS Level 2 line already exist here, so all relevant rules and procedures have to be adopted accordingly.

With this project ÖBB has an option from our supplier to also implement the new Vienna main station with ETCS Level 2. This will close the gap between the ETCS implementation on the RFC 7 and the existing ETCS on the western mainline.

The only issue which ÖBB has analysed is the capacity problem of GSM-R for this large station. ÖBB is currently looking for the prospect to handle trains from first implementation in 2017 to the time where a technical solution for more capacity in GSM-R for ETCS, like GPRS in the SRS, is available.

The second half of the RFC 7, from Vienna to the Hungarian border, was implemented with ETCS Level 1 SRS 2.2.2 with loop infill in the last decade, and is planned to update to SRS 2.3.0 and state-of-the-art engineering rules like a release speed. This is like the other ETCS Level 1 project currently in evaluation. Financial reasons will decide whether to upgrade to an ETCS Level 2 or stay on ETCS Level 1.

Another further step will be the implementation of ETCS baseline 3, which once again will lead to an overworking of all basic documents.

And finally, an ÖBB group is working on a strategy to implement ETCS on the whole Austrian network in the decades to come. So, just as one ETCS project is finalised, work begins for the next.

The latest in the hugely successful series of European Railway Review conferences, Austrian Rail Development 2014 will bring together infrastructure managers, passenger and freight operators and key rail industry stakeholders to present future vision and key investments for the network and discuss and debate the fulfilment of the EU-vision for the development of central Europe to 2020. The inaugural Austrian Rail Development conference will take place on 11 June 2014 at the Palais Ferstel in Vienna, Austria.

Just some of the topics and themes to be featured at this brand new conference include:

Manfred Pisek began his professional career with signalman-education in 1980. After examination, he worked as a signalman and dispatcher in nine stations from 1983 to 2005 after which he moved to the Operational Systems Department in the ÖBB Infrastructure Operations Division, responsible for the development of train detection systems. With the beginning of the ÖBB ETCS Level 2 project in 2008, Manfred worked as a Work Package Leader in the project, and in 2010 he became the Project Leader of the ETCS operation project until the end of the project. Since 2012, Manfred has been Leader of the Operational Requirements Management Department within the ÖBB Infrastructure Operations Division, and since 2009 has been a representative of ÖBB and CER in TSI OPE and ERTMS operational harmonisation working parties.

Stefan Gaider was educated at the Higher Technical School for Electrical Engineering (TGM Wien) and received a year’s training within the ÖBB Signalling Department. Stefan has worked in several fields within ÖBB and its reorganised departments in the work of ETCS Level 2. Since 2010, Stefan has been Project Leader for the on-going ETCS Level 1 projects and is designated Project Leader for all upcoming ETCS infrastructure projects within ÖBB Infrastructure. 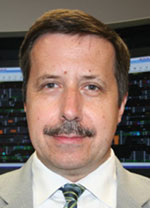