The Railway Institute at Wrocław University of Science and Technology has convincingly demonstrated the value of the cost-effective type SLS1308G under sleeper pads used on the Kraków Airport rail link in Poland. Here, Ewelina Kwiatkowska, Adjunct Professor at Wrocław University of Technology, together with Getzner Werkstoff colleagues Harald Loy (Head of R&D, Railway Division) and Michael Biskup (Project Manager), explore the requirements, performance of measurements and results of the project. 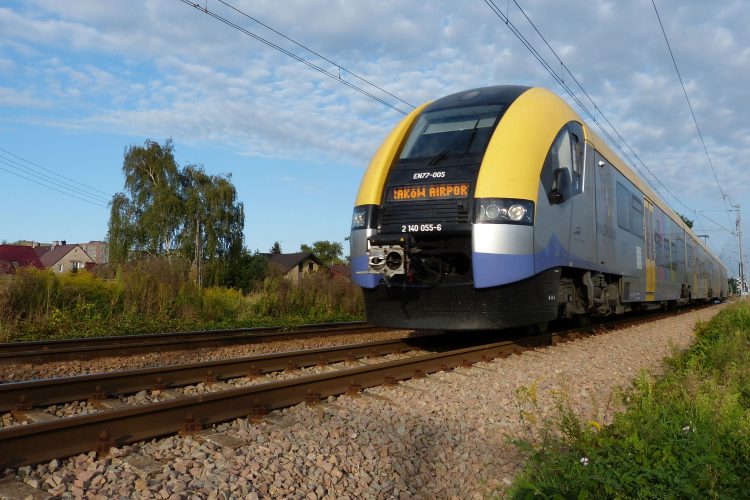 Requirements of elastic under sleeper pads

Railway line ‘118’, run by the Polish state rail operator PKP PLK, connects Kraków Central Station to Kraków Airport and was modernised in 2015. The track’s superstructure largely consists of type 60E1 rails, elastic rail fastening systems on type PS94 concrete sleepers, and a 30cm layer of ballast. Approximately 12,000 under sleeper pads have been installed in several sensitive sections of track, with requirements being set out in the ‘PB Uklad torrowy i podtorze’1 tender text: ‘To reduce negative influences on the surroundings (reduction of disruptive vibrations) pads should be used under the sleepers of new sections of track. These should represent a cost-effective alternative to under ballast mat solutions…In addition to reducing vibrations emitted to the surrounding area, the use of under sleeper pads can also reduce dynamic forces’.

Requirements of elastic under sleeper pads

Railway line ‘118’, run by the Polish state rail operator PKP PLK, connects Kraków Central Station to Kraków Airport and was modernised in 2015. The track’s superstructure largely consists of type 60E1 rails, elastic rail fastening systems on type PS94 concrete sleepers, and a 30cm layer of ballast. Approximately 12,000 under sleeper pads have been installed in several sensitive sections of track, with requirements being set out in the ‘PB Uklad torrowy i podtorze’1 tender text: ‘To reduce negative influences on the surroundings (reduction of disruptive vibrations) pads should be used under the sleepers of new sections of track. These should represent a cost-effective alternative to under ballast mat solutions…In addition to reducing vibrations emitted to the surrounding area, the use of under sleeper pads can also reduce dynamic forces’.

SLS1308G under sleeper pads from Getzner Werkstoffe were selected. By using these cost-effective and highly efficient polyurethane products, the rail operator aims to significantly reduce emissions to the surrounding environment by making use of the physical principle of vibration isolation. Furthermore, less noise and fewer vibrations should be emitted due to improved long-term trackbed behaviour, allowing trains to run more smoothly. In general, the effectiveness of elastic components in the railway superstructure is dependent on variables such as mass, stiffness and damping. The technical material Sylomer® has become an established cushioning component for the reduction of emissions.

Not all under sleeper pad products are the same. The dynamic stiffness and long-term behaviour are two crucial factors. It is only possible for padded sleepers to yield their full vibration-isolating effect on the track if the superstructure behaviour has been precisely calibrated to the application at hand. Although a higher dynamic efficiency of the chosen polyurethane material (PU) also increases the vibration protection performance, correctly calculating the design of the entire system (including taking consideration of the rail vehicles used on the respective track section) is crucial. The elastically optimised airport track is predominantly served by type EN77 trains travelling at frequent intervals and at an average speed of 70km/h.

Measurements on the airport link

Measurements were performed on 14 September 2016 on two track sections1, one of which was equipped with under sleeper pads, while the reference section had a conventional ballasted track:

Firstly, the vertical deflections were measured as a train passed over specific sleepers to obtain a representative picture. In the unpadded section, these exhibited a very stiff behaviour; the vertical movement measured was only approximately 0.3mm. However, in the track section with under sleeper pads, a far more elastic behaviour was identified. Vertical deflections of approximately 1.5mm confirmed the mathematical predictions. These results mean that a reduction in the propagation of disruptive vibrations can be expected. With enhanced track elasticity the dynamic forces are reduced and the ballast is protected. This improves the long-term quality of the railway superstructure.

The vibration measurements were performed with acceleration sensors on driven piles next to the track at three measurement points in the unpadded section and three in the padded section (distance from track centre 6-8m, measurement point spacing in the track’s longitudinal direction 25m). A total of 12 passing trains were recorded dynamically at each point. Measurements were taken and evaluated in accordance with relevant standards that apply to elastic elements in the railway superstructure2,3.

The frequencies can be seen in the one-third octave band diagram shown in Figure 4. The difference spectrum demonstrates the effectiveness of the under sleeper pads through what is known as insertion loss. The insertion loss describes the relative effect of the mitigation measure compared with the reference situation3. It shows how the one-third octave band spectrum of structure-borne noise changes if under sleeper pads are installed, as in this case. Ideally, all other emission influences remain constant here; for example, the same vehicle, the same speed and identical rail roughness, etc. are considered. As the elastic element influences the railway system as a whole, the frequency-dependent insertion loss may vary with other track superstructure properties, other subsoils and/or other vehicle types.

Vibration reduction of up to 74 per cent

The insertion loss is shown in Figure 4 as the difference between section 1 (without under sleeper pads) and section 2 (with under sleeper pads), expressed in decibels (dB). Positive dB-values represent a reduction in vibrations, due to the improvement of the track superstructure. As can be seen from the measured insertion loss, the vibrations in the track with under sleeper pads are reduced at frequencies above 31.5Hz compared to the track without any additional elastic polyurethane elements. Frequencies from 40Hz to 200Hz are primarily responsible for secondary airborne noise in adjacent buildings.

To highlight some specific results: Vibrations between 50Hz and 63Hz yield a sound level of 80dBv without under sleeper pads, while the level with under sleeper pads is reduced to less than 69dBv at train speeds of 70km/h. The dominant one-third octave band of passing trains can generally be found at approximately 63Hz. The use of type SLS1308G under sleeper pads results in an insertion loss of 11.6dB, which is equal to an average vibration reduction of 74 per cent. In the natural frequency range only a very small resonance amplification can be seen. These investigations, especially at the relevant frequency range of 63Hz, demonstrate the fundamental suitability of under sleeper pads in reducing vibrations and secondary airborne noise.

The aim of this study was to quantify the vibration-isolating effect of under sleeper pads in ballasted track. The measurements were performed on the Kraków Airport rail link in Poland. The insertion loss shows that the use of elastic under sleeper pads made from Sylomer® significantly reduces the transmission of vibrations. At a frequency of 63Hz in the one-third octave band an average insertion loss of 11.6dB was measured, which is equal to a 74 per cent reduction in vibrations. In addition to the described effect of vibration mitigation, the use of under sleeper pads also improves the long-term quality of the railway superstructure. The results are lower maintenance efforts and thus lower costs and higher availability for the railway operator.

HARALD LOY is Head of R&D in the Railway Division at Getzner Werkstoffe. He graduated from the Technical University of Munich with a degree in Civil Engineering and holds a doctoral degree in Railway Engineering from the University of Innsbruck. After being employed in the computer industry, Harald has been working as a System Engineer since 2005, with a focus on simulation, laboratory testing and insitu measurements of elastic track applications. He is author of over 30 papers, patents of inventions and technical notes published on national and international congresses and journals.

MICHAEL BISKUP is currently working as Project Manager for the construction and rail sectors at Getzner Werkstoffe. After studying engineering at the Technical University of Berlin, Michael initially worked as a Construction Manager and later Project Manager on a large construction site at Potsdamer Platz in Berlin. Since 1999 Michael has been in charge of demanding and challenging building bearing projects in Germany and is presently responsible for market development and project management in the railway sector, both in the Netherlands and in Poland.

EWELINA KWIATKOWSKA is a graduate in Civil Engineering from the Wrocław University of Science and Technology and is currently working there as an Adjunct Professor. For 10 years Ewelina was associated with the scientific and research work of railway surfaces and is a known specialist in scientific research in railway vibration and noise. After graduating with a master of law from the University of Wroclaw, Ewelina worked for the office of rail transport, specialising in the procedure of technical approvals for building materials on Polish railway lines. 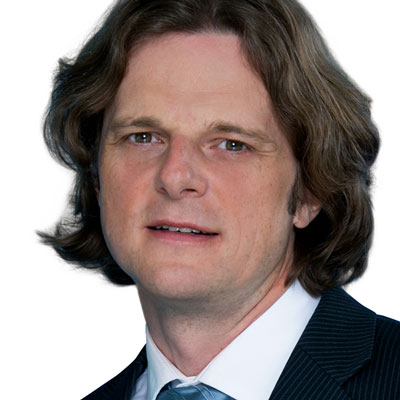