Educating Croatia to reduce the risks at level crossings

Danijela Barić, Faculty of Transport and Traffic Sciences, believes that to improve safety at level crossings, every implemented measure should be designed to remove as many human errors, made while driving or walking over level crossings, as possible… 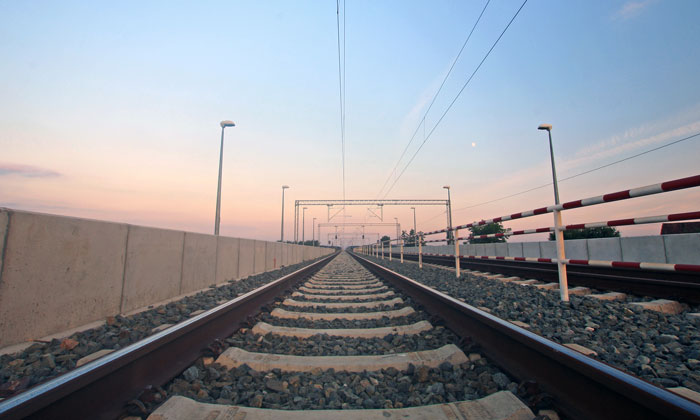 From a safety perspective, level crossings are critical points in the conduct of rail and road traffic and therefore areas with increased risk of severe accidents. Due to the different characteristics of rail and road infrastructure and vehicles (size, speed, stopping distance, manoeuvring capabilities etc.), level crossings are often places with frequent accidents which can result in fatalities and big material damages, even though, all of them are secured with an appropriate level of technical protection.

According to statistics, the main cause of accidents (more than 95 per cent) is the human factor of road users (drivers, cyclist and pedestrians) who did not follow and obey the traffic safety regulations at level crossings.

Despite technological improvements in level crossing infrastructure and safety systems, as well as interventions using intelligent transport systems, the number of accidents at Croatian level crossings remains high and studies point to user behaviour as a key factor.

According to the European Railway Agency, a substantial proportion of level crossing accidents occur when safety equipment at the crossing is functioning properly, further implicating risky road user behaviour as the main problem. Therefore, understanding what factors and situations lead road users to engage in risky behaviour is key to predicting safety problems and designing effective countermeasures.

There is no single measure for increasing safety at level crossings. Even the most advanced protection systems will not suffice if the users don’t obey or understand the traffic rules around level crossings. In order to achieve that, there should be an emphasis on educating users on the potential, and very real, dangers.

For prevention, educational programmes and campaigns about traffic safety are of extreme importance. The development of social networks, as a relatively new way of communication, provide huge possibilities of spreading awareness, which is of extreme importance and contributes well to increasing safety. There should be a continuous national campaign throughout workshops, media and social networks with ads and posters explaining the dangers and consequences of illegal behaviour on level crossings.

The Faculty of Transport and Traffic Sciences has several research projects regarding safety at level crossings. One of the recent projects is ‘Implementation of measures to increase safety of the most vulnerable road users at level crossings’. This project is performed as part of the National programme of road traffic safety of the Republic of Croatia 2011–2020 with the Ministry of the Interior of the Republic of Croatia and HŽ Infrastructure as the project partners.

To ensure the measures are recognisable to level crossing users, each project measure has a name that is also a message: ‘Safety begins with you’, ‘Your opinion is important’, ‘Book Month’, ‘Traveling exhibition – Safety and design’, ‘Conscientious driver’, ‘Social Networks’, ‘Media’ and ‘LC-locator’. Under every measure there are a few activities. Some of the most important activities are ‘Developing methodology for collecting data on safety on level crossings’, ‘Education at level crossings’, ‘Workshops in Schools’, ‘Safety Games’, ‘Traffic safety bonton’, ‘Travelling exhibition’, ‘Competition: “Write a safety story or a poem!”’, ‘Safety & Virtual reality – VR application “Driving across the railroad crossing”’, ‘Creating safety brochures, Creating safety videos, Social networks’ and ILCAD Day.

ILCAD, spearheaded by the UIC, draws railway industry representatives, road authorities, academics and more from around the world and aims to raise awareness about the dangers associated with the level crossings.

2018 is the 10th edition of ILCAD and the conference will be held in Zagreb, Croatia.

The Faculty of Transport and Traffic Sciences from University of Zagreb together with the Croatian railway infrastructure manager (HZ Infrastruktura) and UIC are pleased to be co-hosting the 10th ILCAD international conference on 7 June 2018, in Zagreb, Croatia. An exhibition of level crossing technologies plus a road/rail safety village will be set up parallel to the conference which will be followed by a technical visit on 8 June around Zagreb. The conference shall be broadcast on 7 June 2018 on the ILCAD website and the YouTube channel of the Faculty of Transport and Traffic Sciences.

Faculty of Transport and Traffic Sciences

Faculty of Transport and Traffic Sciences