Digitalisation and deployment of telematic applications: Top priorities for the rail sector

The primary objective of the rail sector is to offer highly efficient and attractive transport options to its customers. For Global Railway Review, CER colleagues Libor Lochman (Executive Director) and Emanuele Mastrodonato (Senior Advisor, Interoperability and Digitalisation) explore how the sector must drive forward the implementation of recent technologies, making the most of the opportunities offered by digital transformation. 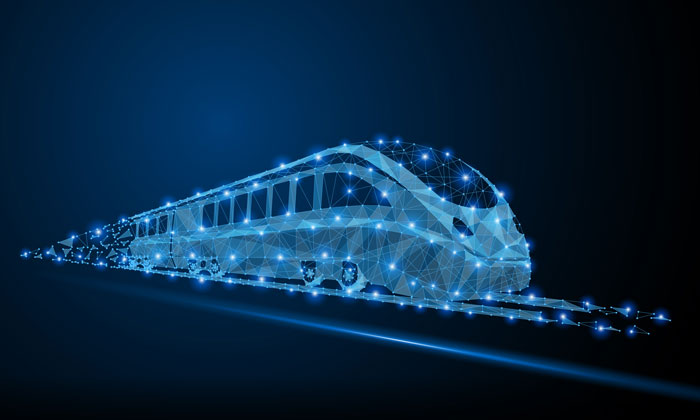 In recent decades, IT developments and the increased use of digital technology have transformed the way railways are working today, deeply influencing our economy and the expectations of our customers. Operating in a competitive environment, it is crucial to deploy new trends in order to boost the rail sector’s attractiveness and competitiveness.

‘A Roadmap for Digital Railways’

In 2016, the sector, represented by its associations CER1, CIT2, EIM3 and UIC4, developed ‘A Roadmap for Digital Railways’, committing to work together and to contribute to the creation of a European Digital Single Market.

The roadmap proposed a set of actions and called on EU institutions (especially the European Commission) to help to collectively deliver on the objectives of making railways digital, such as: 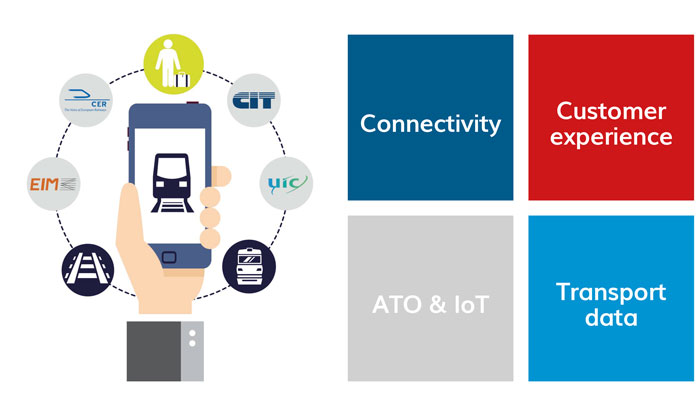 Digital tools need to address individual requirements by creating door-to-door solutions and added value for the customer before, during and after travel. In particular, Telematics Applications for Passenger (TAP) and Freight (TAF) services offer highly interesting functions that are expected to accelerate the processes set out in ‘A Roadmap for Digital Railways’ in the areas of transport data and customer experience.

To ensure that digitalisation doesn’t become a word without practical meaning, however, it is necessary to implement it together with the actions prescribed by the current European legislative framework to support the full implementation of interoperability through the so-called Technical Specifications for Interoperability (TSIs).

As a representative body (RB), CER collaborates with the other stakeholders in managing all issues related to interoperability, including digital components such as TAP and TAF functions. The RBs work jointly with the European Union Agency for Railways on updates and revisions of the TSIs. These TSI-related activities also require cooperation with European Standardisation Bodies (CEN/CENELEC, ETSI), the Notified Bodies (NB-Rail) and National Safety Authorities (NSAs).

In October 2012 the representative bodies established the TAF and TAP Railway Undertaking (RU)/Infrastructure Manager (IM) Joint Sector Group (JSG). This organisation is the key player in the implementation of the Technical Specification for Interoperability relating to the subsystem ‘Telematics Applications for Freight services’ (TAF TSI) of the rail system in the European Union.

Starting in January 2014, the JSG in collaboration with the project team dedicated to the implementation of the ‘Telematics Applications for Passenger services’ (TAP TSI), has covered the technical management of the common part of the two specifications (RU/IM IT communications).

As far as the retail world is concerned, the TAP TSI Regulation lays down an obligation to establish and run a Governance Structure providing regulatory services. For this purpose, over the course of three years, CER ran a working group of railway and ticket vendor representatives to agree with the multi-stakeholder TAP TSI Steering Committee on the establishment of a non-profit international organisation. As a result, the TAP TSI Services Governance Association (TSGA) was established at the end of 2016.

Implementation of TAF and TAP TSI

Sharing transport data based on voluntary contracts should enable the emergence of additional innovative solutions generated through co-creation. The TAP TSI Regulation already foresees that railway undertakings make available their static timetable data to each other and to third parties in a non-discriminatory way.

On top of this, the ‘Full Service Model’ (FSM) is a great example of a voluntary business model. FSM was launched by the sector for the sector to enhance the capabilities of both railway undertakings and their commercial partners in the fi eld of distribution. The interoperable IT framework enables to open distribution channels and paves the way for through-ticketing.

The companies involved are starting to actively work with the FSM specifications when connecting their distribution systems with each other or with other railways or ticket vendors. The FSM specifications indeed provide a uniform interface (a so-called ‘open IT framework’) which allows rail companies to distribute or combine each other’s rail passenger products without having to develop costly dedicated bilateral interfaces. They are therefore a means to reduce distribution costs and make available a greater variety of rail passenger product offers to more passengers across Europe and beyond.

On the research and innovation side, the first European rail joint undertaking – Shift2Rail5 – was set up in 2014 and digitalisation is included in all Shift 2Rail Innovation Programmes. The participation of railway undertakings is critical to the success of Shift2Rail as it ensures that the users’ perspective is taken into account. As far as the issue of ticketing is concerned, the programme aims at improving customer experience and multimodal travel services through the development of applications in the following six ticketing and travel-related fields:

Deployment of telematics applications: One of the SERA cornerstones

The Single European Railway Area (SERA) is anchored in its open market and technical harmonisation principles. The deployment of interoperable telematics applications is an essential precondition for successful and competitive rail transport – both in the area of passenger and freight services.

CER, in its role of representing the interests of the railway sector towards European policymakers, has therefore been heavily supporting the development of harmonised specif cations, whether in the form of TSIs or even beyond. All this with the principal goal of enabling ever more efficient services while ensuring the highest level of safety and seeking the highest customer satisfaction.

Libor Lochman has been Executive Director of the Community of European Railway and Infrastructure Companies (CER) since 1 January 2012. Libor graduated at the Transport University in Zilina and has a doctorate in electronics from the West-Bohemian University Plzen. He has a strong background in
control-command and signalling systems. Prior to his role as CER Deputy Executive Director and Lead of Technical Affairs (2007-2011), Libor acted as Director of the Railway Test Centre – a facility for testing European rolling stock, infrastructure and signalling components in Prague (2000-2005). Libor
joined the Advisory Board of Global Railway Review in January 2013 (then known as European Railway Review).

Emanuele Mastrodonato is Senior Advisor at the Community of European Railway and Infrastructure Companies (CER), responsible for Interoperability and Digitalisation. He is also the CER Technical Coordinator of the TAF TSI and TAP TSI Steering Committees. Prior to joining CER, Emanuele mostly worked in the rail industry, but also in the TLC, Defence and the Italian Ministry of Transport and Infrastructure. Emanuele holds a Master’s degree in Electronic Engineering
from the University of Rome. He is a Chartered Engineer for all sectors.