The potential use of high-strength steel grades 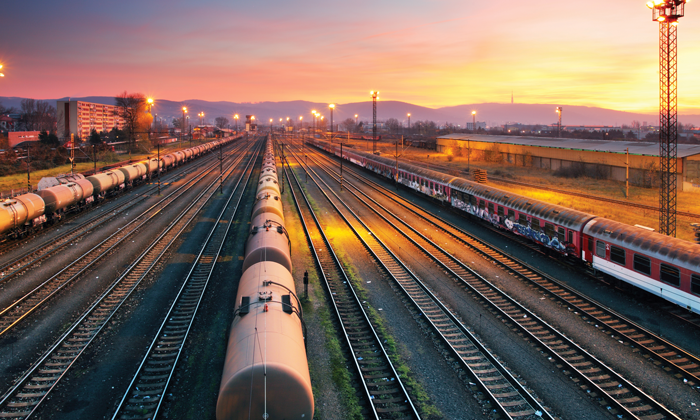 In the 1990s, infrastructure operators had to react to the constantly increasing requirements of European rail transport, and the need for wear-resistant rails for use in curves increased. Heat-treated rails of the quality R350HT (350HT HSH®) established themselves to the European standard. Since then the advantages of these steel grades have become apparent, not only with regard to wear reduction, but also in regard to combating corrugation and rolling contact fatigue.

The best results in track performance today are seen from the high-strength rail steel of the quality R400HT (400 UHC® HSH®), which is becoming ever more popular as the standard for curves in the European mixed traffic sector and in metro systems worldwide. Of course, both aforementioned rail steels are covered by the European standard for rail steels1 which further underlines their technical and economic suitability.

In the past, the focus has been on analysing the performance of the R400HT rail steel in track and the enormous potential in improving the degradation behaviour of rails has been demonstrated and published several times. Economic studies have also revealed the high economic benefit of switching to higher strength steel grades which significantly elongate the service life of the rails and reduce maintenance needs.

Additionally, the question of whether the use of high-strength rail steels affects wheel wear has been dealt with several times. In 1982, Steele and Reiff presented a detailed scientific answer to this question at the World Congress on Railways. Based on the scientific work of the Massachusetts Institute of Technology (MIT) and measurements from the FAST test ring of the Transportation Technology Center Inc. (TTCI), they presented the following findings: For any regime in which the rail is harder than the wheel (standard case in European mixed traffic, already applicable in the pairing R260 rail with ER7 wheel), there is no influence of increasing rail hardness on wheel wear. Rail wear decreases with increasing hardness, and wheel wear remains unchanged, resulting in a reduction in overall system wear. The same findings were also published in various publications of European research institutes and railways and – of course – also reflect common operational experience.

One aspect which has not been considered in Europe so far when dealing with high-strength steel grades, is their potential to positively influence the wheel-rail contact. Favourable contact conditions established in the design of the track and favourable contact conditions established during track maintenance (grinding or milling of rails) see greater stability over a longer period. This is coupled with reduced forces and reduced slips in the wheel-rail contact and thus has a positive effect on wear and rolling contact fatigue (RCF) on both the wheel and the rail. Wear-resistant high-strength rail steels therefore reduce the degradation twice: Firstly by their inherent resistance to wear (negative profile change) and secondly by reduced forces and slips in the wheel-rail interaction.

These relationships can be found in operational experience such as the curve entering Zurich main station (R = 170m) of Sihlthal Zurich Ütlibergbahn (SZU AG). Here the service life of the R260 rails installed in the past was elongated from 18 months to significantly more than 10 years (as forecasted after nearly five years in service) for the currently installed rails 400 UHC® HSH® (R400HT). Also in this curve, impressively delayed worsening of contact conditions has been observed and the profile measurements taken were used for multi-body simulations.

The simulations were conducted using a vehicle model of the SZU AG type Re446 locomotives of this line, the measured rail profiles of the R260 rails and the R400HT rails, both after one year in service. Beside the wear number Ty as known from the Burstow damage function and friction energy, the horizontal forces (Y-forces) were looked at as they represent the main drivers of the lateral wear in curves. Compared to the case ‘R260’, the Y-forces of the case ‘R400HT’ are significantly lower: the reduction of the forces of the leading axle is in the range of 35kN which corresponds to a -45% reduction of the stress level. The reduction of the guiding forces is the result of good contact conditions and further improves the performance of the 400 UHC® HSH® high-strength rail steels above their inherent wear resistance.

Compared to tight curves, the wear rate (the change of the rail profile) is much lower and the damage mechanism ‘wear’ is not dominating in wide curves. The low wear rate should not deceive about the high influence of creepage in the wheel-rail contact on the overall RCF behaviour of rail steels. Controlling these negative slip forces and keeping them on a low level over a period of time results in further performance improvements. As curving slips they are simply the result of contact geometry, the steel grade is the parameter to be used to establish and conserve favourable conditions in the system.

It is almost unknown in Europe that railways in the heavy load sector are using high-strength rail steels with low wear rates and corresponding high profile stability to reduce, optimise and homogenise wheel wear. Independent from the nominal profile of the rail, different target profiles for curves and straight track are used which are produced in the course of normal rail maintenance. Due to the different profiles, a uniform distribution of the contact points across the wheel tread is ensured on the wheels and thus the formation of hollow wheels is successfully prevented. The low curving forces contribute to longer service lives not only of the rails but also of the wheels.

High-strength rail steels like the 400 UHC® HSH® do not only offer the advantage of a high resistance to rail wear, RCF or corrugation, which results in highly profitable, LCC optimisation. They are able and already used by innovative railways to maintain the good initial contact conditions of the wheel-rail contact. This is accompanied by a drastic reduction of all wear parameters but also of RCF-related input parameters. Simulations conducted and operational experience show that the use of high-strength steel will not only lead to reduced wear of the rails, but also to a decrease in wheel wear if these rails are used consistently. Further potential lies in the RCF prevention.

In practice, this results not only in long service life of the rails in the track, but also in a significantly reduced maintenance effort on the track side, and leads to stable contact conditions which protect the wheel and the rail. Stable contact conditions thus lead to an increase in the grinding cycles of the rails and lower wheel wear. The intervals for the reprofiling of the wheels are thus significantly increased. But not only for wheel and rail, there are positive effects: The reduced forces in the wheel-rail contact also result in a reduction in the stress on superstructure components, in particular rail fastenings and intermediate layers.

Taking into account the increased inherent resistance to RCF, corrugation and wear associated with high strength rail steels, such as the R400HT (400 UHC® HSH®), it can be summarised that the use of this innovative material and the combination with profile management in track leads to an optimisation of railways.

Albert Jörg studied civil engineering at Graz University of Technology and spent several years as Scientific Assistant to Prof. Dr. Klaus Riessberger at the Institute of Railway Engineering and Transport Economy in Graz. He joined voestalpine Schienen GmbH in 2009 and is currently Head of the Product Management Department.

Rainer Hochfellner studied material sciences at Leoben University of Mining and Metallurgy and joined voestalpine Schienen GmbH in 2013 after several years in the steel industry. He is the Deputy Head of the Product Management Department and responsible for the Heavy Haul market as well as for European railways in the mixed traffic segment. 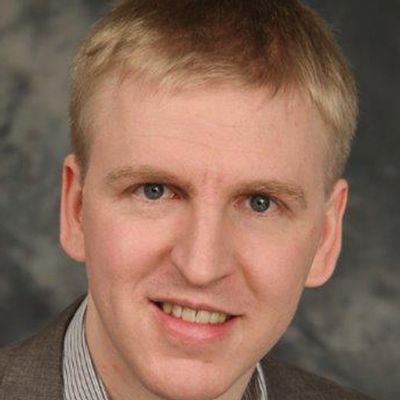