A world in which trains are never late and rail travel is cheaper, safer and more efficient may be only just beyond the horizon thanks to radical innovation and technology that has marked the next stage of the ‘digital revolution’. 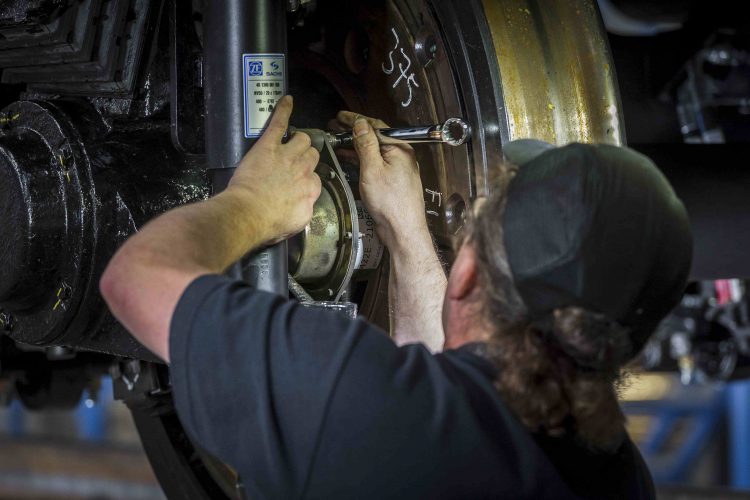 Various modern technologies over recent years have drastically altered both the industrial and corporate landscapes, and peoples’ personal lives, yet rail travel has been somewhat unaffected by these changes. However, with the Internet of Things (IoT) and Big Data, the rail sector is set to change. IoT and Big Data are twin developments that complement each other. IoT is the network connectivity of computer devices embedded in everyday objects. Previously, only dedicated devices have been connected online, but with the ability to embed sensors into almost any device – to connect to the internet and transmit and receive information – all this is set to change. Big Data is the ability to analyse extremely large data sets computationally to reveal trends and patterns. IoT will produce a lot of data. Big Data will make sense of it.

The advent of IoT means almost anything on a train could become ‘intelligent’, giving rail providers the ability to better understand passenger occupancy, for instance. Analysing passenger movements via Big Data can in turn help operators to predict demand and know when to prepare extra services. Sensors on trains could communicate with sensors embedded in tracks and in other locomotives to improve safety. For example, a track’s sensors might detect extra weight or vibration, thus notifying that two trains were on the same line. It would automatically connect with both trains and the train operator’s control room, avoiding any danger. But it is perhaps in maintenance that IoT and Big Data will be felt most keenly. Faults and maintenance can have major impacts on rail services. For example, from February 2015 to February 2016, figures provided by Network Rail in the UK show that, in total, over a third of delays were due to maintenance or its failings. At present, railway maintenance is a time consuming and costly operation. IoT and Big Data will change all that. Sensors in both track and rolling stock will constantly communicate with operators and Network Rail as to the status of their health and well-being.

Perpetuum’s award-winning, self-powered, wireless sensing technology, allows real-time monitoring and analytics of both rolling stock and track. This means the health of both are constantly being checked, with the data continuously communicated to asset managers. Bearings and bogies, wheels, gearboxes, motors – the information gleaned from Perpetuum’s sensors can monitor it all. The result? Far less need to remove rolling stock from circulation for time consuming and costly inspections. Instead, asset managers will see from the data when a component is nearing the end of its shelf life so it can be quickly and easily replaced.

Perpetuum sensors can act as a decision support tool for rough ride calls. Previously when drivers reported a rough ride, a maintenance locomotive would be called out to check tracks. Now, as rolling stock fitted with Perpetuum sensors moves over the track, the information collected can identify rough rides almost immediately. This eliminates mistaken call-outs and means maintenance locomotives are only deployed when needed; saving money and avoiding passenger disruption. Furthermore, Perpetuum sensors are eco-friendly. They run on electro-magnetic harvesting, converting mechanical energy caused by vibration into electrical energy which powers the Wireless Sensor Nodes and transmits the information harvested. Batteries are not required and installation is at a minimum.

Perpetuum is but one ground-breaking technology and example of data analytics solving problems. Innovative examples of IoT and Big Data can be found in control rooms, on track, in customer-facing areas and behind the scenes. What they all share is a potential to dramatically change the rail sector, in ways that few could imagine just a decade or so ago.