Laying the foundations for a quieter railway

Roll2Rail1, a large collaborative railway research project has begun its investigation into addressing future noise challenges outlined in the Shift2Rail2 Master Plan. The work will focus on developing rolling noise separation techniques that will help explain, describe and control the different physical mechanisms that contribute to rolling noise during the pass-by of a train. The findings will help progress towards a quieter railway and will contribute to future vehicle and track designs that minimise noise emissions. Adam Mirza, the Noise Work Package Leader within Roll2Rail, and Eulalia Peris, the Project Coordinator, explain further. 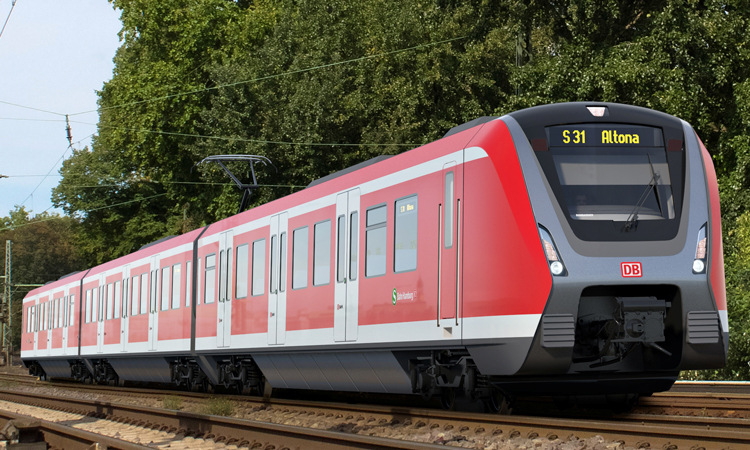 Although the expansion of railways has many environmental, economic and societal benefits, it is facing a major issue: the increase of noise and vibration in residential environments.

The expansion of railways in Europe will translate into an increase of the population living in the vicinity of a railway path, and consequently to an increase of people affected by railway noise and vibration. Indeed, the EC roadmap goes as far as describing noise as ‘the environmental Achilles’ heel of the European railways’ and highlights potentially serious consequences if the issue is not expertly managed.

Railway projects are already experiencing increasing costs due to the implementation of mitigation measures for noise and vibration emissions. For instance, in order to protect residents, measures such as capacity and speed limit restrictions as well as night-driving bans are being put in place. Research projects focusing on the development of new measures for reducing noise and vibration emissions of passing trains therefore play an important role in reversing this trend by facilitating increased traffic capacity on the railway.

In anticipation of Shift2Rail, work on railway noise and vibration has already started with the launch of the EU Horizon 2020 funded project Roll2Rail. UNIFE, the association of the European Rail Industry, is coordinating the project, comprised of 31 partners including train manufacturers, infrastructure managers, train operators as well as research centres and universities. The research carried out within Roll2Rail’s work package on noise will contribute to the targets specified in Shift2Rail and will constitute an essential element towards the end result of the programme.

Objectives of railway noise and vibration within Shift2Rail

It is impossible to talk about noise within Roll2Rail without first talking about the objectives for noise and vibration specified in the long-term plan of Shift2Rail.

Shift2Rail is the first public-private European rail technology partnership that aims at building the railway system of tomorrow. This initiative plans to be fully operational in 2016 and will seek focused research and innovation by accelerating the integration of new and advanced technologies into innovative rail product solutions.

The work of Shift2Rail is structured around five Innovation Programmes (IPs) that cover all of the different structural and functional areas of the rail system as well as five cross-cutting themes (CCA). The CCAs are structured in a number of Work Areas cutting across all IPs. The Work Areas are set up to cover all main horizontal topics elaborated in the Master Plan. The noise and vibration research is part of the CCA working area on Energy and Sustainability.

The goal of the work carried out as part of Shift2Rail is to minimise annoyance caused by exposure to railway induced noise and vibration. To this end, the plan envisages research in three different areas: exterior noise, interior noise, and ground vibration, and will focus on the following themes:

To reach the overall aim and objectives described above, Shift2Rail has defined a number of tasks and subtasks in order to ensure that the noise and vibration aspects are properly considered and integrated in all relevant Technology Demonstrators of the five IPs.

Generally speaking, when a wheel rolls over a rail, the roughness of both elements represents the main cause of rolling noise. However, identifying the contributing mechanisms and determining how much noise is radiated from each of the mechanisms remains challenging.

Existing methods for measuring the noise emitted from new vehicles do not distinguish between the contributions from the vehicle and the track. Instead, they attempt to minimise the influence of the track by specifying limits for the surface roughness and the track decay rate. Consequently there may be significant differences between the noise measured at different locations.

Some experimental methods for separating vehicle and track contributions have been developed and evaluated in previous research projects (e.g. STAIRRS and ACOUTRAIN) but these are subject to large uncertainties and a number of influences that are difficult to control. They have also not been validated in sufficient detail to be used in a regulatory context.

The work in Roll2Rail aims to develop and validate several alternative advanced separation methods which take into account the nature of sound radiation from the vehicle and track. These will use multi-channel measurements such as microphone arrays or advanced transfer path analysis. From the results of this study it will be possible to say which aspects of the separation method are required and what accuracy can be expected from a practical implementation.

This work is led by Adam Mirza of Bombardier Sweden, and the participating partners of this WP include train operating companies (SNCF and DB), manufacturer suppliers (Siemens, Bombardier, Alstom, CAF and Talgo) and research institutions (ISVR and KTH). This variety of stakeholders is essential to ensuring a successful adoption of the results and to facilitating further development of rolling noise separation techniques. The work plan is divided into the following four different tasks ranging from the development of new acoustic separation methods to their validation through field tests.

This task will determine a specification for acoustic separation methods. It intends to disclose the precision required to allow these techniques to be used in a regulatory context as well as the cost constraints of such methods. In addition, a feasibility study will be carried out into the introduction of ‘recommended values’ for roughness and track decay rates in addition to limit values.

This task will evaluate the potential of existing, as well as new, acoustic separation methods. Strengths, weaknesses and accuracy of existing methods will be studied, as well as how they could be improved by combining them into hybrid methods. Preliminary tests and analysis will be carried out to assess the potential of near field methods, beam forming and transfer path methods. In addition, the industry partners will conduct a critical review of the practicality and cost of these methods.

The goal of this task is to validate the various separation methods using the field study data. Using the measured data obtained from the measurement campaign, a ‘correct’ result will be identified and used as a reference for the source contributions. In parallel, each method investigated will be used independently to determine source contributions. Various hybrid approaches will also be considered using parts from existing methods in combination. The results of these comparisons will validate the success of the new and existing methods. Potential methods for further development and the need for further validation will be identified.

Considering the demands of manufacturers and end-users as well as the noise targets set up at the European level, Roll2Rail is keen to put its future results into practice and to see a fast implementation of the technical developments achieved during the lifetime of the project. Therefore, it is expected that the outcomes of this research will lay the foundations for Shift2Rail’s future noise activities. The output of this noise WP will be a selection of best strategies for the separation of rolling noise which will be further improved upon by Shift2Rail research activities. For instance, research will be carried out into extending the use of noise separation methodologies in order to obtain the contribution of other rail sources such as aeroacoustics and traction. Furthermore, a wider range of railway vehicles will be included in further studies.

This research is also of importance in the context of authorisation, where vehicles are tested using a track with specific properties which may not be representative of all railway tracks. Currently, measured noise values may not represent the emissions of the vehicle since the individual contributions to rolling noise cannot be isolated. The results of this project are expected to provide a basis for defining improved methods for TSI noise testing which will later be extended with the work of Shift2Rail.

Eulalia Peris graduated in Sound and Image Telecommunications Engineering in 2006 and obtained a PhD in Environmental Acoustics in 2013. She joined UNIFE in January 2015 as a Technical Affairs Manager and is currently the Coordinator of two EU-funded projects – Roll2Rail and REFRESCO. Previous to this, Eulalia worked at the University of Salford, UK, where she was involved in two research projects funded by the Department for Environment Food and Rural Affairs of the UK (Defra), and one FP7 EU-funded project in the field of railway noise and vibration.

Adam Mirza holds a Master’s degree in technical acoustics from KTH in Stockholm (2008). After graduating, he joined the Acoustics and Vibration Team at Bombardier where he has been involved in research and product development dedicated to reducing railway noise. He was a Work Package Leader in the EU-funded research project RIVAS dedicated to reducing ground-borne vibration from the railway. Apart from the role as Leader of WP7 in Roll2Rail, Adam is currently involved in the development of new metro vehicles for Stockholm.

Transport for the North members call for sustained rail investment