Pia Lagerlöf, General secretary for SWEDTRAIN and Per Olofsson, Thought Leader and Training Officer at Bombardier Transportation, explore how the Swedish rail industry is actively exploring how rail control systems can evolve to enable increased capacity and efficiency. 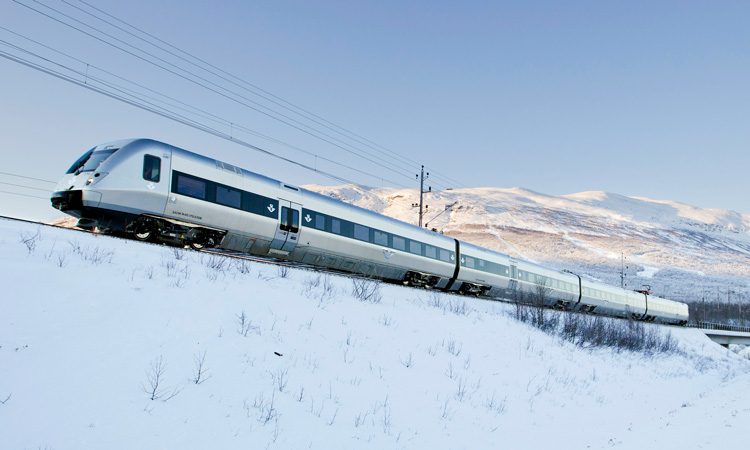 The global media has been reporting for many years on terms such as big data, the Internet of Things (IoT), artificial intelligence (AI) and digital railways. Professionals around the world have presented their visions regarding developments in these areas, while railway companies and their suppliers have constantly been in search of innovative solutions to help build new rail applications.

This is nothing new to the Swedish railway industry or Bombardier. As early as 1965, Swedish State Railways (SJ) and LM Ericsson’s Signalbolaget (the forerunner of Bombardier’s rail control solutions) signed a contract to launch developments in the digitalisation of the railway. This initiative led to the first computerised Central Traffic Control, including Train Describer and Automatic Routing Subsystems being installed in Stockholm in 1971. One year later the same solution entered revenue service controlling the S-bane, Copenhagen’s suburban railway network. It was at this point that the digital railway was born.

The birth of the microprocessor: A quantum leap

In today’s modern society, computer-based technology can often be taken for granted, yet on 15 November 1971, a simple advertisement1 about the world’s first commercially available microprocessor started a revolution: The INTEL 4004 and its amazing 2,250-transistor chip represented a quantum leap for railway signalling.

The world’s first Computer-Based Interlocking (CBI) entered revenue operation in May 1978 in Gothenburg. It replaced 16 conventional interlockings and controlled 1,169 signals and turnouts. The first Swedish ATP began operation in 1980 and soon became the industry standard.

The late Bengt Sterner, the legendary global signalling expert at SJ, commented on the introduction of microprocessors in railway control as a “small step for a signal engineer but a giant leap for railway technology”, paraphrasing astronaut Neil Armstrong.

Sterner and Bombardier were both deeply involved in the transformation of signalling from relay to electronic technology. Sterner was the driving force behind increasing safety and reliability by achieving an accurate redundancy in railway signalling electronic systems. By the late-1970s he had introduced a 3D geographic model that represented the railway network and developed STERNOL, the fundamental language for programming interlocking algorithms. It was also under his leadership that the System Requirement Specification (SRS) for the European Train Control System (ETCS) was written.

Behind the digital hype: The next steps in optimising the flow of trains

Fully understanding rail control processes, operational traffic scenarios and the associated tasks are essential for suppliers seeking to build the next generation of smart systems.

Pre-test functions have been in use since 1979 to ensure that a desired train path can be made available. A function that contributes to the accuracy of a train schedule can increase capacity and optimise traffic flow. These functions can be further refined to match any type of interlocking.

In the near future, interlockings will be replaced by on-board solutions. This evolution is a necessity and will facilitate the introduction of platooning or virtual coupling as well as the use of Automatic Train Operation (ATO) in railways.

Additionally, track circuits and axle counters will not be considered detailed enough and will become obsolete. We are interested in each train’s precise position and footprint and what the train ahead is doing, speed, braking, accelerating etc., is information which needs to be calculated and transmitted to the train behind, which implies the need for more onboard intelligence. Hence the next Train Management Systems (TMS) will be intelligent, once it is fed with footprint information of individual train performance, it will be able to analyse the mobility within the system and mitigate any possible situation which may result in a delay.

The technique relying on footprint information is well-known and has been used in Communication Based Train Control (CBTC) systems for driverless metro applications for several years.

The geographic principal, which corresponds to the network layout and associated objects, used in CBI and TMS will be maintained as it allows for easy extension of sites. Today these systems are extended to supervise larger areas, with regional to nationwide adoption.

Nodes in the rail network, such as turnouts, will be operated when required via radio from either the approaching train or from the train management centre, depending on the required type of train path. Level crossing activation is also made via radio-based communication on the position and speed of each individual train.

A railway network’s operation can be compared to a complex machine, and all components of any machine are dependent on each other. Problems can easily arise because everything is connected, so it is important to be able to understand those connections. As we know, delays at one point on a rail network can easily ripple through to the other end, causing challenges in managing and mitigating accumulated delays.

Each train’s performance can be tracked as every train in the system is an individual with its own unique performance, for example different speed, traction force, axle load, weight, train resistance, acceleration and deceleration capability, but also its driver’s performance. Thanks to this information, delays can be prevented from spreading across a network by proactively identifying the risk of delays and improving instructions for alternative meeting points.

In addition, variations in the geometry of lines influences a train’s mobility patterns. The interaction between wheel and track has a great effect on maintenance intervals and cost for both vehicles and permanent way. Continuously adjusting a train’s maximum speed is key to conserve energy, for example optimising speed in curves and continuously adjusting it to negotiating changes in radius and can improve passenger comfort while reducing total maintenance cost.

Furthermore, using data from track sensors to adjust/modify permitted speed and ATP-braking capacity, based on rail friction coefficients and vibrations created in the track, subgrade and/or structures such as bridges, is another way to open new opportunities.

The hardware required to conceive applications for these systems is at the very early stages of development. Ongoing research will bring greater possibilities for delivering these digital solutions.

There is also a shortage of skilled engineers and developers available to the rail industry. People who are able to conceive these applications are not common as designing these systems requires individuals with a solid understanding of rail processes and rail control, and how to use it to create more value for the customer. Competition with other industries vying for skilled engineers is a challenge for rail.

Signalling systems rely on a lot of information and data. As rail networks expand in size and complexity, an ever-increasing amount of data needs to be computed. Artificial intelligence techniques can learn how to process more data while algorithms can predict when a locomotive or a signalling subsystem will require maintenance.

In most cases, closed systems are preferred but data can be retrieved from outside sources if necessary, which may create cyber-security issues as transmission networks and storage are not always 100 per cent secure. For example, GPS systems are notoriously easy to disrupt. Techniques for securely migrating rail network business to the Cloud may not be safe enough. We must be certain that any software being introduced across various subsystems does not include hidden vulnerabilities that can be remotely activated by malicious third parties. Our customers must always maintain and be in complete control of their train’s movements.

SWEDTRAIN, the association for Rail Industry Companies in Sweden, is fostering the legacy of the Swedish railway by advocating the evolution of rail control systems in order to be a system that increases capacity and efficiency while at the same time optimising resources to achieve improved punctuality and a reduced environmental footprint. The final goal is a system which is built for international implementation from a new generation of signalling products, which can then be used on heavy traffic mainlines with major stations as well as on single lines outside the main corridors. Artificial intelligence, smart communication, IoT and thinking outside-the-box will empower us to conceive and operate sustainable rail transportation networks for many generations to come.

Pia Lageröf, M.Sc., has been managing the Swedish Association of Railway Industries for the last five years. She has a good general overview of the railway system, its opportunities and challenges. Furthermore she has experience from working at the consultant company ÅF with product development and as an engineer within Bombardier Transportation.

Per Olofsson has vast experience in the Rail Industry, working on system as well as product level for railway and mass transit operation. Engaged in several organisations for example IRSE, Fellow Permanent Way Institution and elected Chairman for the Railway Signalling Technology Advisory board at the Royal Institute of Technology (KTH) he is recognised as a thought leader in the industry, and has diligently been working on addressing the shortage of competent resources in the field of railways and mass transit rail world-wide.

By Per Olofsson, Pia Lageröf