Powering up FRMCS in Austria with ÖBB-Infrastruktur AG 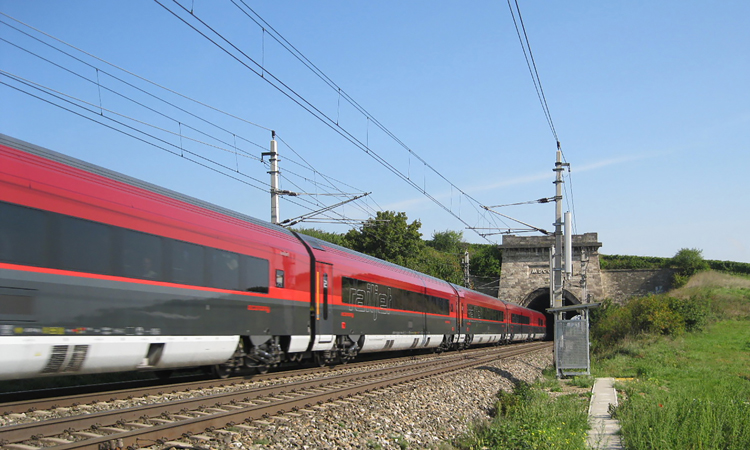 ÖBB-Infrastruktur AG plans, develops, maintains and operates the entire ÖBB rail infrastructure, main stations, routes, buildings, terminals, telecommunication systems and hydropower plants for environmentally friendly railways in Austria. In 2007, ÖBB-Infrastruktur AG started the rollout of its own GSM Rail (GSM-R) network, which it has been operating successfully since then. As of today, approximately 3,500km of track, corresponding to 75 per cent of the whole railway network, are covered.

At the end of the 1990s, GSM-R was designated by the European Union (EU) as the radio system for operational railway communication, and has consequently been mandated in the Technical Specification for Interoperability (TSI) by the EU.

GSM-R is based on the 2G Global System for Mobile Communications (GSM), which was designed in the late 1980s and early 1990s for public mobile communication. Meanwhile, public mobile network operators (PMNOs) have proceeded to implement 3G Universal Mobile Communication System (UMTS) and 4G Long Term Evolution (LTE). As of today, they are already starting the rollout of 5G, while railways still successfully operate GSM-R.

The clock is ticking for GSM-R

Currently, PMNOs are planning to slowly fade out GSM and UMTS. Therefore, suppliers are also closing down the development and production of relevant equipment. Since the production of GSM-R equipment is economically only reasonable in conjunction with the production of GSM equipment for the public market, the clock is ticking for GSM-R. Manufacturers have given the railways a guarantee to keep GSM-R technology alive until 2030, including spare parts and maintenance. Until then, railways should begin to migrate GSM-R networks to the new standard Future Railway Mobile Communication System (FRMCS). This is considered a very ambitious time frame by railways.

In 2012, the International Union of Railways (UIC) initiated a global programme for the standardisation of FRMCS. Approximately 100 experts from railways, industry and standardisation bodies are working in several committees to elaborate the User Requirement Specification (URS) and the Functional Requirement Specification (FRS). The specifications of the railways serve as input for 3GPP, where the actual standards are written. As 3GPP focuses on public mobile communication, there may be areas where 3GPP abstains from standardisation. These gaps are then filled by ETSI.

Aside from the UIC, ETSI and 3GPP, other bodies are also involved, such as the European Rail Supply Industry Association (UNIFE) and Shift2Rail (S2R). The European Union Agency for Railways (ERA) takes on a coordinating role between the different bodies.

FRMCS as an enabler

A basic requirement for FRMCS is flexibility of the transport technology.”

A basic requirement for FRMCS is flexibility of the transport technology. This is achieved by dividing the FRMCS into three decoupled stratums: the transport stratum, the service stratum and the application stratum. This enables FRMCS to keep up with the rapid pace of development in the telecoms market. From today’s perspective, the first FRMCS deployments will use the 3GPP 5G standard as the transport system.

Railway specific services, such as functional addressing, group calls, etc. are implemented in the services stratum and will employ Mission Critical Services (MCS). MCS are also standardised by 3GPP. Above the service stratum is the application stratum, where railway specific applications, such as European Train Control System (ETCS) and Rail Emergency Call (REC) will be located. FRMCS is seen as an enabler for a multitude of diverse applications, such as operational radio, which is a conditio sine qua non, Automatic Train Operation (ATO), passenger information systems and many new applications that are yet unknown.

Currently, the following three topics are heavily discussed within the FRMCS programme:

1. Availability of specifications and the related time plan

FRMCS specifications are part of 3GPP Release 17 and will become available in 2020. For 2022/2023, the EU has announced a new version of the Technical Specification for Interoperability – Command, Control and Signalling Subsystem (TSI CCS), a new Functional Requirement Specification (FRS) and the draft of a new System Requirement Specification (SRS). The availability of these documents is a prerequisite for the development of FRMCS equipment. Based on the findings of the first trials, the final FRMCS documents are expected to become available in 2024/2025.

Railways have a spectrum of 4MHz (876-880MHz, 921-925MHz), although 5G employs a minimum block size of 5MHz. Hence, railways are currently competing for more spectrum. The main competitors are other large industries, such as automotive. With the so called ‘squeeze option’, railways are expected to obtain 1.6MHz out of the 3MHz GSM-R extension band. Hence, they will have at least 5.6MHz (4MHz + 1.6MHz), which allows to fit at least one frequency block. Such block size enables only basic services and is far too small for capacity demanding applications, such as real-time video from the driver’s cabin. The block size is also too small for operating GSM-R and FRMCS in parallel during the transition phase.

3. Migration from GSM-R to FRMCS

Many infrastructure managers are currently in a reinvestment phase for GSM-R, since the installed base has often reached its end of life. New equipment is typically depreciated over a period of 15 years. Thus, railways are expecting a transition period of several years during which GSM-R and FRMCS will run in parallel. This is challenging for various reasons: there are not enough frequencies for parallel operation; two systems are operated at the same time; and the migration from a circuit switched system to a purely IP-based system impacts all areas of a railway undertaking and, therefore, needs to be carefully planned well in advance.

Since 2015, ÖBB-Infrastruktur AG has continuously been improving public mobile coverage in cooperation with all three PMNOs. By the end of 2020, approximately 1,500km of mainline tracks will be fully covered with a broad spectrum of technologies. Those include GSM, UMTS and LTE in the frequency bands 800, 900, 1,800, 2,100 and 2,600MHz.

For this purpose, the partners do not deploy a dedicated network for rail coverage but, rather, build sites along the track to fill coverage holes. Thereby, ÖBB-Infrastruktur AG provides the base infrastructure including mast, antennas and housing, as well as power supply and the broadband backbone via fiber optic cables. The providers share this base infrastructure, supply their base stations and integrate them into their own networks.

For efficiency, existing GSM-R sites are reused wherever possible. The use of higher frequencies would require a much lower inter-site distances than with GSM-R. Moreover, smaller cells would cause a much higher frequency of handovers. Therefore, large cells had to be realised. This was achieved by using optical remote unit systems and mounting the corresponding antennas on the catenary support or on small masts.

A major challenge of the deployment was to guarantee high quality broadband while not interfering with existing operational systems, such as GSM-R. Thus, the following planning criteria were considered:

With high quality public broadband being available along the tracks, new services and applications become available, some of which are yet unknown. In any case, PMNO transport resources are considered vital for offloading FRMCS traffic from the scarce resources available for railways.

Cooperation with PMNOs is currently also investigated for the usage on branch lines. The goal is to exploit ‘transport as a service’, i.e., without having to invest in cost-intensive cabling and site infrastructure along the tracks. Moreover, maintenance staff can be concentrated on mainlines.

Naturally, the project has also significantly improved the customer experience of train passengers. Nowadays, connectivity is no longer considered as ‘nice-to-have’, but as a given fundamental service.

With all these measures, in particular exploiting PMNO transport resources, ÖBB-Infrastruktur AG is preparing for next generation railway applications, as well as the next generation customer.

Dr. Martin Taranetz currently works as Project Manager for Telecommunication Technology at ÖBB‑Infrastruktur AG and is a member of the Architecture and Technology Working Group of the UIC FRMCS Project. Before his time at ÖBB, he held a Post‑Doc position at TU Wien, where he led a research group for 4G system level simulations. 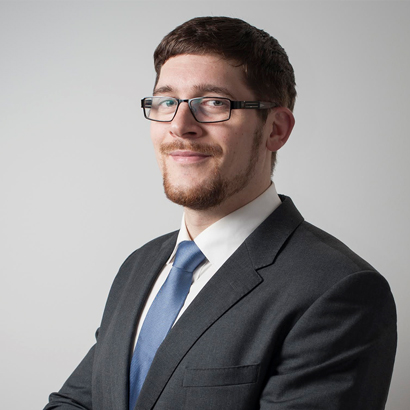