Alain Autruffe, Level Crossing Programme Director at SNCF Réseau, writes about the importance for both the road transport industry and the railway industry in France to work together in educating the public about the dangers at level crossings. 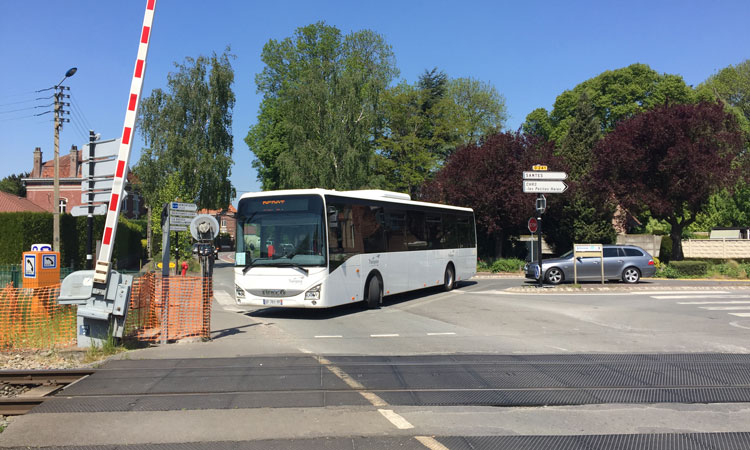 Approximately 100 collisions between a vehicle or pedestrian and a train occur each year across the rail network in France, resulting in between 20 and 40 deaths.

A level crossing is no ordinary junction; these junctions are not only the responsibility of SNCF Réseau (in charge of managing the functioning of the crossing and its signage), but also the road authorities (local council, department or the State) who maintain the approach, the warning signs and, with police assistance, ensure that the Highway Code is adhered to. The road layout should ensure the utmost safety on the crossing and should be competently planned and built by the relevant highway authority.

The most common level crossings are those equipped with Automatic Light Signalling (ALS), audible warnings and traffic lights. There are approximately 10,500 in France, at which 450,000 closure cycles occur every day and 16 million daily vehicle crossings.

Approximately 100 collisions between a vehicle or pedestrian and a train occur each year across the rail network in France, resulting in between 20 and 40 deaths. The number of accidents at level crossings evolves in the same way as the number of ordinary road accidents in France. The train driver and the train passengers are equally at risk when a train collides with a road vehicle, with great possibility of derailing the train. Truck and bus drivers should be the first to understand the risks involved in using level crossings and know how best to deal with the situation when an emergency arises. 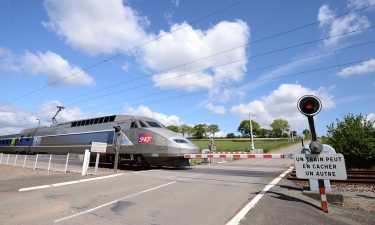 There are approximately 10,500 ALS crossings in France at which 450,000 closure cycles occur every day

Following the tragic accident in December 2017 at Millas in southern France, when six children on a school bus lost their lives when a train collided with it, the French government commissioned a study by the French MP Laurence Gayte into safety at level crossings. After six months of intensive research and numerous interviews with authorities, experts and victims’ associations, Laurence published her report in April 2019. The central theme of her 12 recommendations was the interaction between the railway authorities, the road authorities and those responsible for road safety. A level crossing is not just a section on a railway but, first and foremost, a road feature.

In accordance with the recommendations outlined in the parliamentary report, SNCF Réseau concluded an agreement with the following three road transport federations:

An analysis of the events before the accident at Millas showed a great lack of understanding about the way level crossings work by professional drivers, in the following three specific areas:

These agreements are based on the following two guiding principles:

Furthermore, road transport associations and SNCF Réseau also wish to put pressure on the GPS cartography publishers to show level crossings on maps, with professional versions including vital details, such as width and height limits, as well as low-loader tolerances. The GPS coordinates of level crossings have been made available in open data on the SNCF Réseau website.

Otherwise, SNCF Réseau has forged a link with a transport training association which trains and provides continual development for professional drivers – the Association de Formation des Transports (AFT). Six different level crossing use scenarios have been drawn up in virtual reality. Each trainee can, in a virtual reality environment, cross a level crossing, make decisions and learn their consequences. SNCF Réseau and AFT estimate that this type of innovative training will allow for better understanding, memorisation and use of level crossings. In this way, it is estimated that, each year, 8,000 drivers will be able to make significant progress in becoming aware of the risks and, in addressing them, respect the Highway Code rules of level crossings. An attractive presentation of this training is available on the AFT website.

These actions are an act of cooperation and trust between the road transport industry and the railway industry, concerning the risks of the interaction between the two infrastructures, which are very differently planned and used. It goes without saying that it will require much effort and perseverance on the part of both industries to work together.

Alain Autruffe is an engineer from the Ponts et Chaussée School and has been working at SNCF since 1982. He has led a wide variety of missions in maintenance operations, infrastructure work and project management. More recently, Alain was Director of Regional Trains for the Lorraine region between 2009 and 2013, then Director of Regional Network in the Nouvelle‑Aquitaine region. Since 1 February 2019, Alain has had a full-time job within SNCF Réseau’s headquarters, establishing and implementing SNCF Réseau’s level crossing policies. 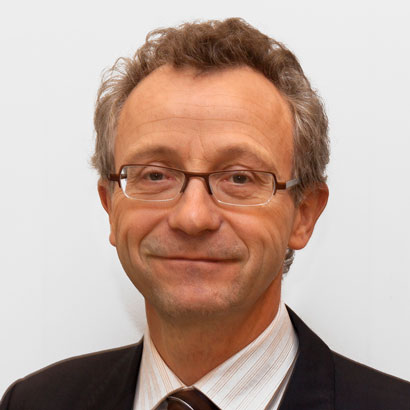