Over a three-month period, Network Rail workers will simplify the track layout just outside of King’s Cross station, as well as reopen a railway tunnel which closed in the 1970s, creating two extra tracks in and out of the iconic transport hub. 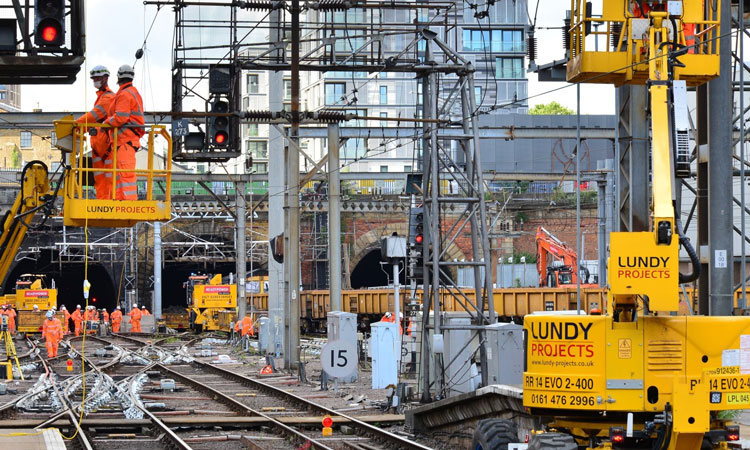 Network Rail teams are set to carry out a major stage of the £1.2 billion upgrade to the East Coast Main Line, which is the biggest investment into the historic route in a generation.

Working over a three-month period, rail engineers will simplify the track layout just outside of King’s Cross station, as well as work to reopen a railway tunnel which was closed in the 1970s.

Both pieces of work will make it easier for trains to enter and exit London King’s Cross station, reducing congestion and creating smoother, more reliable and more punctual journeys for passengers.

The bulk of the work is set to begin in March 2021 and will run until early June 2021, with a full train service able to run once more from Monday 7 June 2021. The rail industry has carefully planned the project to cause as little disruption as possible to customers.

Trains are expected to still be able to run to and from London King’s Cross station for the vast majority of the work, although there will be a slightly reduced service in place, as well as two weekends when no trains will be able to call at the station.

Once the work completes in June 2021, more than 6km of new track and over 15km of overhead wires will have been installed.

Ed Akers, Principal Programme Sponsor for Network Rail’s East Coast Upgrade, said: “Our teams are busy making sure that everything is ready for the latest stage of this industry leading project. The work we’re doing at the end of this month is vital to enable a reduced train service to run in and out of King’s Cross station for the vast majority of the main part of this work, which begins in March. This East Coast Upgrade is a truly transformative programme, which will bring significant and tangible benefits, such as faster, more frequent and more reliable journeys, which will be felt by all those using the East Coast Main Line and we’d once again like to thank all those impacted by this work for their patience.”

David Horne, LNER Managing Director, said: “We understand this crucial work may disrupt customers’ travel plans over the next few months and we appreciate their understanding. When completed, this project will bring long-term benefits for customers and communities along the East Coast route. This is a crucial stage of the East Coast Upgrade programme that will see two new tracks installed inside the new tunnel and signalling system, which will allow LNER to operate faster, more frequent services connecting London, the North of England and Scotland. Customers who need to travel on the dates affected should plan ahead as we work with Network Rail to deliver the benefits of this major investment.”

Noise and vibration work in the FINE-2 project