HS2’s Phase 2a will see the beginning of construction of the next phase of the new high-speed railway between Crewe and Birmingham. 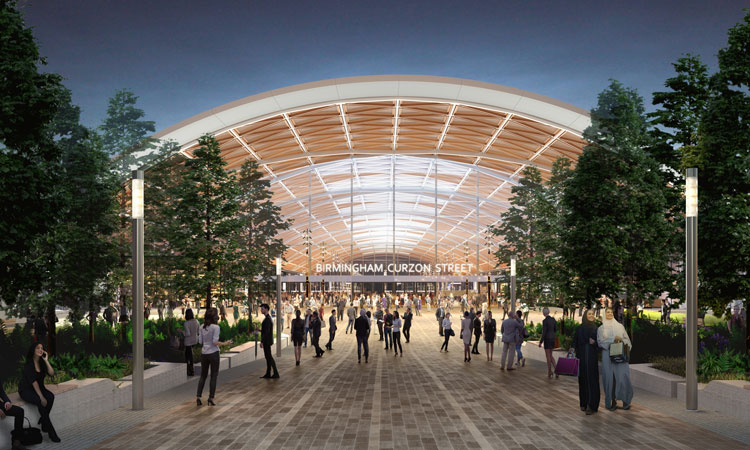 The HS2 Phase 2a: High Speed Rail (West Midlands to Crewe) Bill was given Royal Assent on 11 February 2021, cementing in law the UK government’s commitment to bring the new high-speed railway to the north.

The Act of Parliament was passed exactly one year after ministers gave the project the green light and will allow HS2 Ltd to begin work to construct the next phase of the new high-speed railway between Crewe and Birmingham, creating thousands of jobs.

Construction of the first stage of the project between the West Midlands and London is already underway and is supporting more than 15,000 jobs and 500 apprenticeships.

The UK’s Transport Secretary, Grant Shapps, said: “Whatever your view of this project, HS2 is now a reality – heading north, creating jobs and building a brighter future for our country. This vital project is at the heart of the government’s commitments to build back better from the pandemic, tackle the north-south divide and drive growth across the country. The signing of the Phase 2a Bill into law is a historic milestone for this ambitious project, which is already creating and supporting thousands of jobs across the UK. I look forward to seeing spades in the ground to get this section built and deliver the benefits of high-speed rail to the north as swiftly as possible.”

Now that the Phase 2a Bill has been signed into law, HS2 Ltd will be able to start environmental works along the route, with construction expected to begin on this section by 2024.

Construction of Phase 2a is expected to support around 5,000 jobs, with many more in the supply chain. In addition, the railway will support 140 permanent jobs at its maintenance base near Stone, Staffordshire.

It comes after HS2 Ltd marked National Apprenticeship Week (8 February to 14 February) by announcing that it will be directly recruiting for 30 new apprentices to join the company in September 2021.

The company has also launched a new online jobs board, which illustrates the broad range of opportunities currently available on the project. HS2 Ltd’s construction partners and station contractors are currently recruiting for over 100 live vacancies, with jobs based at various office and satellite locations along the Birmingham to London route.

The Royal Assent announcement comes alongside the launch of the West Midlands Combined Authority’s HS2 Growth Strategy, which outlines how the new railway could generate 175,000 jobs and £20 billion investment in the region.

Andy Street, the Mayor of the West Midlands, said: “HS2 was always going to be a game changer for the West Midlands, but the jobs and economy aspect of the scheme has taken on even more significance in light of the pandemic. HS2 will be a key anchor of the region’s recovery plans, with our latest research suggesting the knock-on effect of HS2 could eventually generate 175,000 jobs and more than £20 billion of investment. These are extraordinary numbers, which shows just how critical it was to win the argument for HS2. With thousands in the West Midlands already employed and working on the project, HS2 is making a critical difference to people’s livelihoods right now.”

Councillor Craig Browne, Deputy Leader of Cheshire East Council, said: “This is a hugely important milestone in bringing high-speed rail to Crewe. HS2 is a strategically important project and will drive increased business confidence to invest in Crewe – creating opportunities to not only enhance the town, but also the wider borough, through the jobs, services and improved opportunities that it can provide. We are committed to maximising the significant benefits that the scheme will bring, and it is more important than ever as we support our local economy to bounce back from the coronavirus pandemic. Working with our strategic partners, we are continuing to push forward with multiple projects to transform Crewe and the wider area, and ensure that it is ready for HS2’s arrival, including our proposals for Crewe Hub station.”

Once built, HS2 will become the spine of the UK’s rail network, better connecting the country’s towns and cities and boosting capacity to provide better journeys for passengers.

Early in 2021, the UK government will publish its integrated rail plan, which will outline how HS2 can work with existing rail plans and Northern Powerhouse Rail to deliver the benefits of HS2 to the East Midlands, Yorkshire and beyond.

Tim Wood, Northern Powerhouse Rail Director at Transport for the North (TfN), said: “This is brilliant news. It has been a long time coming, but HS2 has now been approved up to Crewe, which takes us to the doorstep of the North of England. The move will lock-in the creation of thousands of jobs in the years to come as we seek to build back better. It is essential now that the North gets certainty on the delivery of Phase 2b in full, on both sides of the Pennines, so that our communities are fully connected to the nation’s high-speed network. Northern Powerhouse Rail and HS2 are two parts of a whole and both are fundamental to the transformative change that we need to release the North’s economic potential and cut carbon emissions. We look forward to the government’s Integrated Rail Plan shortly, which needs to give certainty to both HS2 to Manchester and Leeds, and to the Northern Powerhouse Rail network.”