GBRf and GRS Rail Services have moved over 1.8 million tonnes of aggregates across the UK to support the construction industry in the last five years, and have now extended their existing contract. 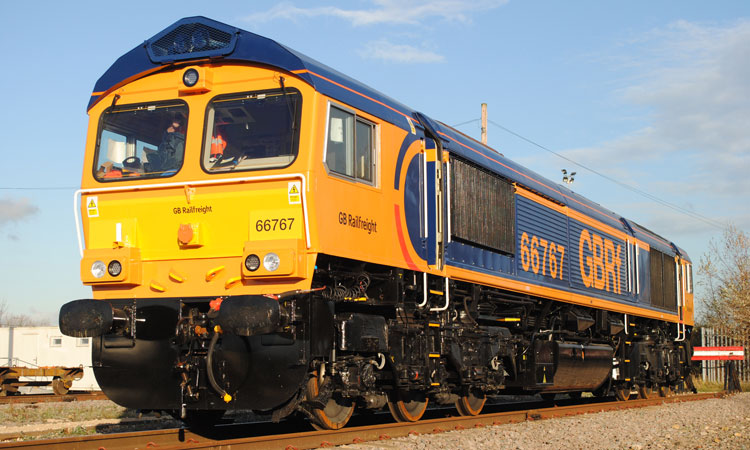 GB Railfreight (GBRf) has signed a five-year deal with GRS Rail Services, signifying an extension to its existing contract.

The new GRS Rail Services contract will allow for the operation of services from the Peak District to terminals at Wellingborough, Luton, Northampton and Peterborough, as well as the redevelopment of the Wellingborough Aggregates Depot.

The Wellingborough depot was developed between Network Rail, GB Railfreight, Tarmac and GRS to support major infrastructure projects, such as the redevelopment of the A14 in Cambridgeshire, one of the country’s biggest highways schemes in recent years.

Over the course of the last five years, the contract has evolved to serve new supply points, such as Swinden Quarry, North Yorkshire, and Tunstead Quarry, Derbyshire, and feed new railheads in Luton and Northampton. GBRf and GRS Rail Services have also moved over 1.8 million tonnes of aggregates across the UK to support the construction industry and prevented almost 100,000 lorry loads from using UK roads.

“I am absolutely delighted to be unveiling this contract extension with GRS Rail Services,” commented John Smith, Managing Director at GB Railfreight. “Given the uncertain economic picture that we are facing at this time, it is more important than ever to continue with the work that we have done so successfully throughout 2020, and this contract extension will ensure that we keep the economy moving in the right direction as we emerge from the pandemic.”

Jon Fisher, Chief Executive at GRS, stated: “Rail freight produces a fraction of the carbon and particulate emissions of road haulage and, although lorries are still needed for local distribution, thanks to GB Railfreight, we can cover most of the journey from aggregates source quarries to construction site by rail.”