Following final approvals, the merger will combine the two railroads to create the first rail network connecting the U.S., Mexico and Canada. 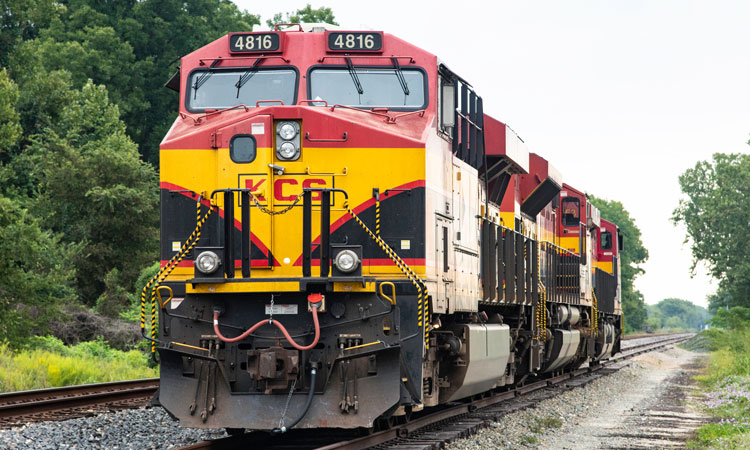 Canadian Pacific Railway Limited (CP) and Kansas City Southern (KCS) have announced they have entered into a merger agreement. Once final approval has been granted from the Surface Transportation Board (‘STB’), the transaction will combine the two railroads to create the first rail network connecting the U.S., Mexico, and Canada. Joining seamlessly in Kansas City, Mo., in America’s heartland, CP and KCS together will connect customers via single-network transportation offerings between points on CP’s system throughout Canada, the U.S. Midwest, and the U.S. Northeast and points on KCS’ system throughout Mexico and the South Central U.S.

While remaining the smallest of six U.S. Class 1 railroads by revenue, the combined company will be a much larger and more competitive network, operating approximately 20,000 miles of rail, employing close to 20,000 people and generating total revenues of approximately $8.7 billion based on 2020 actual revenues.

CP President and Chief Executive Officer, Keith Creel, said: “This transaction will be transformative for North America, providing significant positive impacts for our respective employees, customers, communities, and shareholders. This will create the first U.S.-Mexico-Canada railroad, bringing together two railroads that have been keenly focused on providing quality service to their customers to unlock the full potential of their networks. CP and KCS have been the two best performing Class 1 railroads for the past three years on a revenue growth basis.”

Both CEOs have been champions for the environment, recognising the important role rail plays in lowering overall transportation emissions.

Keith continued: “The new competition we will inject into the North American transportation market cannot happen soon enough, as the new USMCA Trade Agreement among these three countries makes the efficient integration of the continent’s supply chains more important than ever before. Over the coming months, we look forward to speaking with customers of all sizes, and communities across the combined network, to outline the compelling case for this combination and reinforce our steadfast commitment to service and safety as we bring these two iconic companies together.”

KCS President and Chief Executive Officer, Patrick J. Ottensmeyer, said: “KCS has long prided itself in being the most customer-friendly transportation provider in North America. In combining with CP, customers will have access to new, single-line transportation services that will provide them with the best value for their transportation dollar and a strong competitive alternative to the larger Class 1s. Our companies’ cultures are aligned and rooted in the highest safety, service and performance standards.”

Patrick continued: “Importantly, KCS employees will benefit from being part of a truly North American continental enterprise, which creates a strong platform for revenue growth, capital investment, and future job creation. Customers, labour partners, and shareholders will all benefit from the inherent strengths of this combination, including attractive synergies and complementary routes.”

Both CEOs have been champions for the environment, recognising the important role rail plays in lowering overall transportation emissions. They said “This combination advances our shared science-based pledges in-line with the Paris Agreement to improve fuel efficiency and lower emissions in support of a more sustainable North American supply chain.”

Half of Network Rail suppliers commit to reducing their carbon footprint