Results of the survey found that, of the SMEs already working on HS2, 80.5 per cent anticipated a drop in revenue should the West Midlands to Leeds route not go ahead. 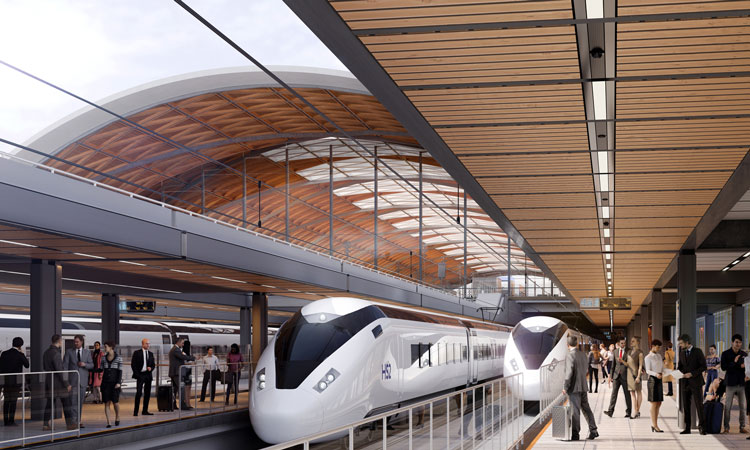 A recent survey of small and medium enterprise (SME) suppliers in the rail, construction and engineering sectors has found overwhelming support for HS2’s Eastern Leg, with those currently working on HS2 contracts predicting severe impacts on their businesses should it be curtailed.

The survey – coordinated by the High Speed Rail Group (HSRG) and the Railway Industry Association (RIA) – found that:

Besides expressing overwhelming support for the whole HS2 route, the survey revealed that HS2 has had an overwhelmingly positive impact on SMEs, with 61.5 per cent having taken on more staff and 69.2 per cent investing more in the skills of their workforce as a direct result of working on the project. Over eight in 10 suppliers also reported that they expected to see their company grow as a consequence of working on HS2, and nearly two thirds had seen an increase in turnover.

Susan Ryall, Director at the High Speed Rail Group, commented: “This industry survey shows how vital the whole of HS2 is to small and medium sized businesses – including the Eastern Leg. SMEs are the lifeblood of our industry, and they are sounding the alarm on what curtailing the project means for them. With 80 per cent of SMEs expecting revenue to fall and half likely to lay off staff, the government needs to seriously consider the full consequences for businesses and workers of cutting HS2.”

Darren Caplan, Chief Executive of the Railway Industry Association (RIA), said: “HS2 is essential to UK businesses of all sizes right across the country, supporting jobs, investment and economic growth at a pivotal time for the economy. Delivering the full route, including the Eastern Leg, will be vital. As the results of this survey shows, any reduction to the full HS2 scheme would deliver a blow not just to future connectivity, but also to the many small and medium sized businesses that are working to support the UK, as the government seeks to ‘build back better’ post-coronavirus.”